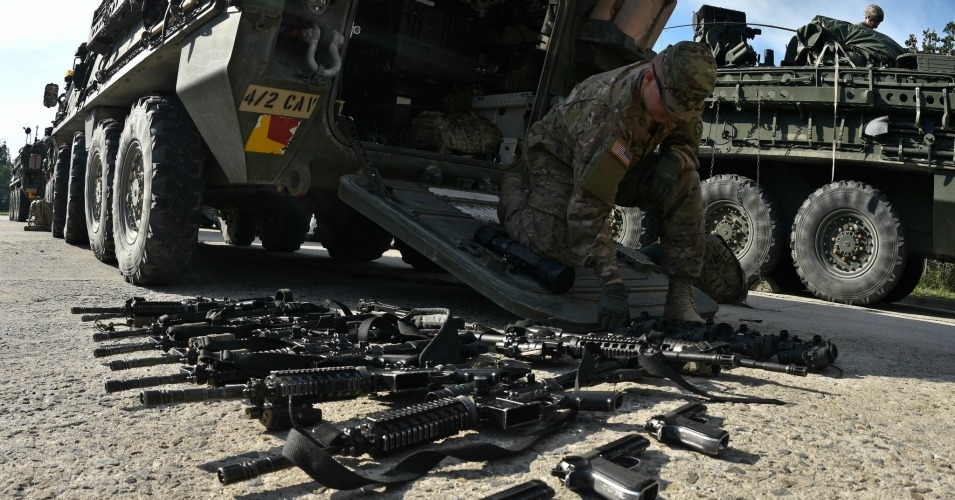 Administration officials told the Times “the additional NATO forces were calculated to send a signal to President Vladimir V. Putin that the West remained deeply suspicious of his motives in the region,” referring to Russia’s ongoing presence in eastern Ukraine.

According to the paper, “the administration plans to pay for the additional weapons and equipment with a budget request of more than $3.4 billion for military spending in Europe in 2017, several officials said Monday, more than quadrupling the current budget of $789 million. The weapons and equipment will be used by American and NATO forces, ensuring that the alliance can maintain a full armored combat brigade in the region at all times.”

The equipment could be deployed in Hungary, Romania, and the Baltic countries, Pentagon officials said.

The official said the Pentagon wanted a “heel to toe” rotational troop presence in Eastern Europe, meaning that there would always be the equivalent of a brigade in the region. Under a 1997 agreement known as the NATO-Russia Founding Act, both sides pledged not to station large numbers of troops along their respective borders.

Administration officials said they were confident that the new deployments would not be seen as breaching that agreement. In any event, Poland and the Baltic States argue that Russia’s incursion in Ukraine was a clear violation of the act, and that NATO should no longer abide by it.

Nikolay Patrushev, head of the Russian Security Council, highlighted this disconnect in an interview with the Associated Press. “What sort of trust can we talk about?” he asked. “You can see it yourself that NATO is making promises, but it never keeps any of the promises made to our country, it does not take our interests into consideration.”

This is merely the most recent example of saber-rattling on the part of the U.S. and NATO against Russia.

Last week, NATO General Jens Stoltenberg said the alliance would step up its military exercises in 2016, “noting that Russian operations near the alliance’s borders have increased dramatically,” the Wall Street Journal reported at the time.

“We see a more assertive Russia to the east…that has shown a will to change borders in Europe,” Stoltenberg said.

Meanwhile, Romania over the weekend announced its desire to station a permanent alliance fleet—including ships from Bulgaria, Romania, Turkey, Germany, Italy, and the U.S.—in the Black Sea to counter what they see as Russia’s rising involvement in the region.