The region’s people already know quite well that any policies pursued in the region are military-related, and have not brought peace but only more conflicts.

By Özlem Belçim Galip and Cemal Özkahraman. Published 2-2-2016 by openDemocracy 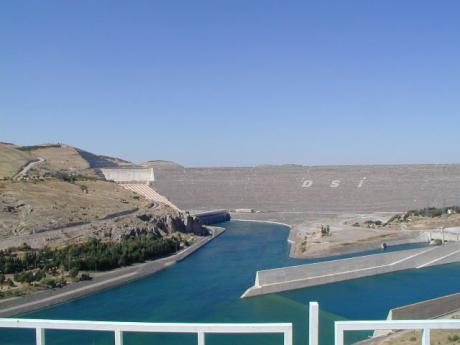 In order to fight effectively against the PKK (Kurdistan Workers Party), the prime minister of Turkey, Ahmet Davutoglu, recently announced that his government will preside over a new security structure for the Kurdish inhabitants of Şırnak, Cizre, Hakkari and Yüksekova, in the south-east of the country, by changing the status of these cities and towns, transferring the administrative functions of Şırnak and Hakkari within 90 days to Yüksekova and Cizre. Apart from any ensuing socio-political conflict, this will also result in many administrative challenges. For example, 15 state institutions and 500 officers will be relocated.

Above all, this decision reflects the fact that the Turkish state is quite prepared to make changes in the region without reference to either negative outcomes for local people or judicial restrictions. The government knows that it holds all the necessary authority to make any judicial changes it feels appropriate with regard to its long or short-term planning.

Their status as provinces and as administrative centres was originally granted to Şırnak and Hakkari cities in 1990 after they were included in the State of Emergency. They became provinces solely for military reasons, as this provided the opportunity to expand the state’s military presence there. For example, the Gendarme Border Regiment in Şırnak was transformed into a Division, a much larger military unit, consisting of between 10,000 and 20,000 soldiers. Provincial status brought with it the establishment of a military post in Şırnak.

Relative population size cannot be used as a justification for turning a district into a province or vice versa, despite Prime Minister Davutoglu’s claims about the population difference between Şırnak and Cizre. Such differences also apply to many other provinces or districts in other parts of Turkey. For example, the population of the district of Lüleburgaz is much higher than its province Kırklareli, located in the Thrace region. Similarly, Ereğli in northern Turkey, is a district of the province of Zonguldak, despite having a higher population.

There are tens of similar cases all over Turkey, and one wonders whether the Turkish state would consider applying such transfers in other regions too. The answer is simple: no.

Due to the presence of Armenians in the south-east region, in order to prevent cooperation between Armenians and Russians, Turkish authorities have always applied special policies there. This applied long before the conflict between the PKK and the state, from the end of the Ottoman Empire onwards, and in many cases has involved the state violating its own laws in the name of preserving national security. After years of violently removing Armenians from the region, the Turkish state announced OHAL (Regional Governorship in the State of Emergency) there in order to apply its unlawful policies. Between 1984 and 1990, 13 Kurdish cities became provinces in order to strengthen the military fight against the PKK, and the State of Emergency remained active in two provinces, Diyarbakir and Şırnak, until 2002.

During the OHAL period, under the State of Emergency, the region’s governors had the power to do everything from moving population to confiscating publications. Apart from the heavy military presence, martial law, evacuations of the villages, the village guard system and other restrictions during the OHAL, which was extended 42 times according to official figures, the number of people killed during the period was 30,000. The period was marked by human rights violations throughout the region. Under the de facto application of emergency rule, while 37 areas were included in Special Security Zones, Şırnak was declared a Military Security Zone, a status which might last up to 6 months in the first instance and then probably be extended.

The current decision to place Hakkari and Şırnak under Yüksekova and Cizre is only one of a number of national security policies regarding the region. One of the leading projects of this kind, established in the name of the development of the region, is GAP (Güneydoğu Anadolu Projesi, the Southeastern Anatolia Project), which demonstrates the real agenda of the state towards the region. GAP has involved the construction of dams on the Euphrates and Tigris Rivers, and is located in nine (mainly Kurdish) provinces of south-east Turkey. It is one of the largest water development projects in the world. GAP, through the GAP Master Plan, was designed as a regional development project for Turkey’s most underdeveloped region – the south-east; it included plans for irrigation, power production, urban and rural infrastructure, education and health, housing, transportation, communication, agricultural and industrial development, and employment.

Despite the fact that Turkey still claims that GAP will bring prosperity to the region, the socio-economic aims of the project have been totally ignored by the Turkish authorities, apart from power production for the country’s industrial needs in the west.

What has become evident is that Turkey, through the dams, wanted to kill two birds with one stone. While securing energy generation was the highest priority, the second aim was to utilize some of the dams for the purpose of security in the region. For example, 11 dams on the Tigris River were completed in Hakkari and Şırnak provinces, close to the Iraqi-Turkish border, with security in mind, both to block the PKK from having relations with the locals and to prevent a possible attack on Turkish military stations in the region. The Ilısu and Cizre dams are very close together, reflecting the state’s desire to create what would amount to a water border with the aid of the dams on the Tigris.

Moreover, thousands of Kurds have been forced to leave their homes, and their displacement is another security policy that we should consider. For instance, over 40,000 villages have been destroyed during the war between the Turkish army and the PKK militants, and many were evacuated by the Turkish authorities in order to cut off locals’ relations with the PKK. It is estimated that over 3 million Kurds have become refugees on their own soil, of whom more than 2 million have moved to the west of Turkey, while thousands migrated to European countries.

The lives of Kurdish women and children have been the most disrupted. Not only were the Kurds forced to move out of their villages, but they also had to contend with the new pressures of surviving in big western cities. There has been much research showing that people who have been displaced from their homes in the region have suffered from serious problems and social disruption including financial problems, mental health issues and isolation.

However, when, in 2012, Prime Minister Recep Tayyip Erdogan and the PKK leader, Abdullah Öcalan, publically revealed that new peace talks were taking place between the Turkish state and the PKK, there was widespread hope that the 30 years of bloody warfare could be over. However, instead of working on progressing the peace process, the state has begun to rebuild police stations in the Kurdish mountains, in a strategic area that the PKK used to use to cross them. This, ultimately, has destroyed the hope of a perpetual peace in the region.

Moving the administrative centre from Hakkari and Şırnak to Yüksekova and Cizre will not be received well by the region’s people, as they already know quite well that any policies pursued in the region are military-related, and have not brought peace but only more conflicts.

By this move, the state hopes to establish provincial police headquarters and provincial gendarmerie command. The number of law-enforcement officers will naturally be increased, as will the number of military personnel. Recent history has shown that turning Şırnak and Hakkari districts into provinces did not solve the so-called Kurdish issue, and applying the same policies in Cizre and Yüksekova will not solve the issue. In this context, one wonders whether the Turkish state really wants to solve this long-lasting issue at all.

Özlem Belçim Galip is a Calouste Gulbenkian postdoctoral fellow at the University of Oxford.

Cemal Özkahraman is a doctoral candidate in Kurdish Studies at the University of Exeter.

This article is republished under a Creative Commons Attribution-NonCommercial 4.0 license