‘The ability to enact effective and fair tax systems to finance vital public services is one of the defining features of sovereignty,’ says Global Justice Now—one that is threatened by corporate trade deals 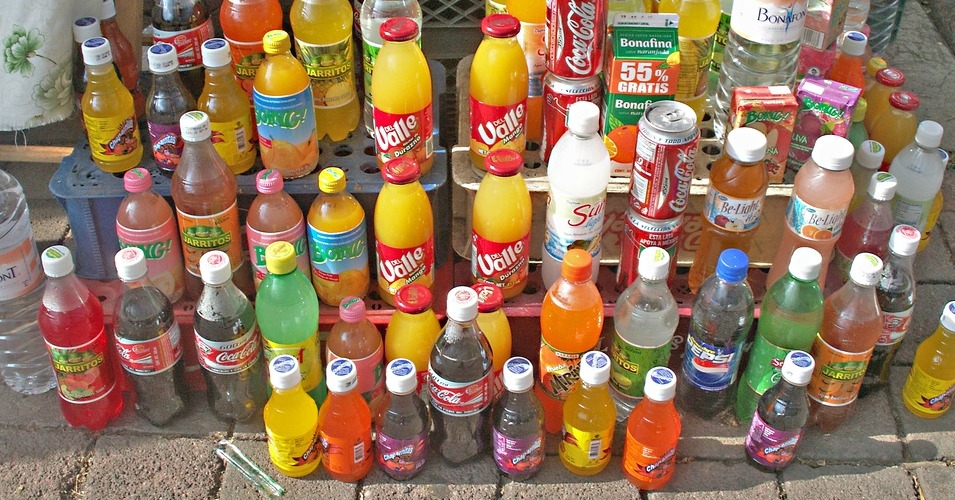 Mexico has been successfully sued by a consortium of U.S.-based agribusiness giants, after introducing a new tax on the sales of soft drinks containing high-fructose corn syrup in an effort to counter the obesity epidemic. (Photo: Hernán García Crespo/flickr/cc)

Even with global inequality at historic highs and corporate tax evasion in the public spotlight, a new report out Monday shows how a so-called free trade deal between the U.S. and European Union could further threaten tax justice, hampering governments’ ability to ensure that critical public services are well funded or to pursue progressive tax practices.

According to the London-based Global Justice Now and the Netherlands-headquartered Transnational Institute, the TransAtlantic Trade and Investment Partnership (TTIP) “would massively increase the ability of corporations to sue member states of the EU over measures such as windfall taxes on exceptional profits, or use of taxation as a policy instrument such as a possible ‘sugar tax’.”

“Despite the enormous public outcry over companies like Google and Amazon paying ridiculously small amounts of tax in the UK, the government is trying to sign us up to a trade deal that could effectively prevent us from bringing about laws that could address tax injustice,” said Global Justice Now executive director Nick Dearden on Monday.

“The ability to enact effective and fair tax systems to finance vital public services is one of the defining features of sovereignty,” he added. “The fact that multinational companies would be able to challenge and undermine that under TTIP is testament to the terrifying extent of the corporate grab embedded in this toxic trade deal.”

The report (pdf) zeroes in, as others have done, on the Investor-State Dispute Settlement (ISDS) provisions that are an integral part not only of the TTIP but of other massive and controversial trade deals currently under negotiation. It shows that corporations have already used such provisions of existing trade deals to sue at least 24 countries, from India to Romania, over 40 tax-related disputes, in some cases successfully challenging and lowering their tax bills.

In Ecuador, it notes, fossil fuel companies have sued the government several times over the introduction of new taxes on sales and profits of oil and the withdrawal of tax breaks for foreign oil companies.

Meanwhile, food and drink corporate investors sued Romania successfully, winning a $250 million award, over early termination of tax breaks—such as exemptions from customs duties and a tax on corporate profits—which had been specifically demanded by the European Commission for Romania to join the EU. “In a new twist,” the report points out, “in 2015 the European Commission said paying the ISDS award is in itself a violation of EU state aid rules.”

Or consider the case of Vodafone, which launched an arbitration claim against India that is still ongoing, after it was ordered to pay tax on an $11 billion deal when it acquired a controlling interest in a major Indian phone company. Vodaphone had paid no capital gains tax on the deal because the transaction used a number of offshore companies.

And as bad as all this is, “it’s about to get a lot worse” under deals like the TTIP, Dearden wrote in an op-ed on Monday.

“The evidence of the dangers of these investment deals continues to mount,” said Cecilia Olivet of the Transnational Institute. “Not only do they affect health and the environment and cost taxpayers millions in legal fees, this report shows they also affect the ability of governments to tax corporations effectively.  This is yet more money lining the pockets of corporate executives stolen from the public taxpayer. New trade deals such as TTIP and CETA have to be stopped and the public interest defended.”

The report underscores that supposed tax ‘carve-outs’, written into trade or investment treaties in an effort to limit the ability of investors to file tax-related ISDS cases, have not succeeded in stopping taxes being challenged and defeated.

“Though some of these carve-out clauses are stronger and clearer than others, they have not prevented lawyers from filing tax-related ISDS cases, and they have not prevented arbitrators from agreeing to consider them,” the report reads. “The language in these treaties is often convoluted and sometimes contradictory, with exceptions within exceptions—giving lawyers a lot to argue about but making it difficult for policymakers to know what actions could risk a treaty claim.”

What’s more, the report points out, “The threat of an expensive ISDS case can be as powerful as actually filing one. With states unclear about what might trigger successful claims, the safest course of action is to never threaten a multinational corporation’s profits—a dangerous prospect for tax justice and public interest laws.”

The next round of TTIP negotiations is due to begin in Brussels next week.