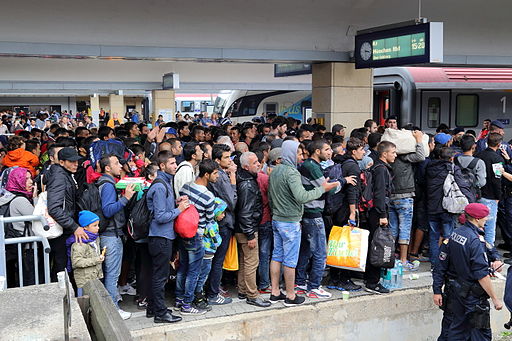 Nearly 6o million people are currently fleeing conflict and persecution around the world in the biggest refugee crisis since World War II. Over a million migrants and refugees crossed into Europe in 2015, and according to International Organization for Migration (IOM), total arrivals in Greece and Italy have already reached an estimated 141,141 in 2016. Despite newly deployed NATO vessels designed to thwart people smugglers, migrants and refugees continue to arrive daily on the Greek islands from Turkey — which are already host to some 3 million Syrian refugees.

In return for the proposed one-for-one deal, Turkish citizens will be granted ease of access to the E.U., Ankara will receive additional E.U. funding of $3.3 billion, and preparations will be made for a decision on talks for Turkey’s membership of the E.U.

Unsurprisingly, the proposed deal has been welcomed with open arms by European leaders, however the quick fix of sending people back en-masse contravenes people’s right to protection under European and international law, according to the United Nations.

Vincent Cochetel, Europe regional director of the U.N. High Commissioner for Refugees (UNHCR) told a Geneva news briefing, “The collective expulsion of foreigners is prohibited under the European Convention of Human Rights.”

Claiming that Europe’s commitment to resettle 20,000 refugees over two years, on a voluntary basis, is very low, he added, “An agreement that would be tantamount to a blanket return to a third country is not consistent with European law, not consistent with international law.”

However, German Chancellor Angela Merkel was hesitant and said, “It is a breakthrough if it becomes reality.”

With key details yet to be worked out, the 28 leaders have ordered more work by officials with a view to reaching final agreement at the next scheduled summit, on March 17-18.

Turkey must be pleased to be coming up smelling of roses this week after dominating the headlines for very different reasons last weekend. In dark days for freedom of the press in Turkey, the popular opposition newspaper Zaman was seized by the government on Friday, only to produce pro-government articles the very next day.