President Tayyip Erdoğan wants the country to redefine its anti-extremism law to include journalists, politicians, and academics 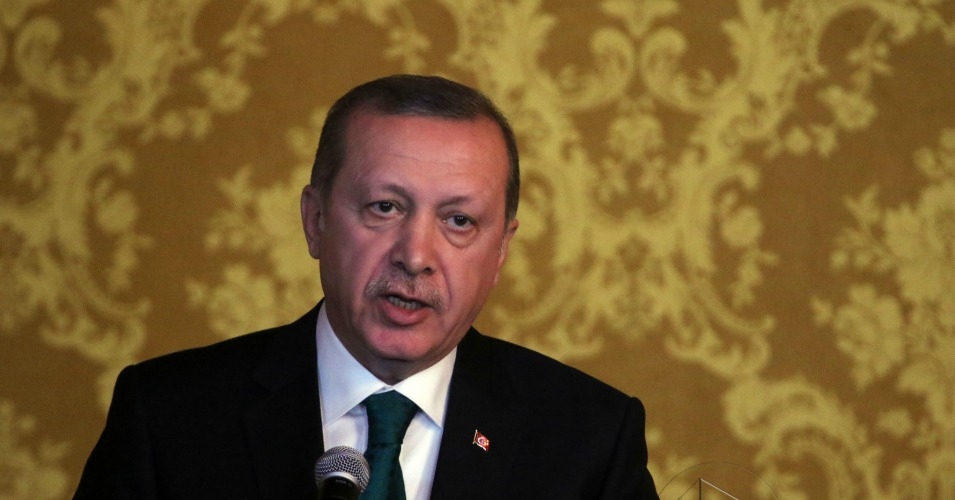 Representing a further crackdown on free expression in Turkey, President Tayyip Erdoğan said this week he wants the Turkish parliament to redefine the country’s anti-extremism law to include journalists, politicians, and academics.

“It is not only the person who pulls the trigger, but those who made that possible who should also be defined as terrorists, regardless of their title,” Erdoğan said on Monday, one day after a suicide bomb attack in the country’s capital of Ankara killed at least 34 people and wounded 125 others.

A legal expert from Turkey’s ruling AK Party elaborated to Reuters, saying the government aimed to “broaden the extent” of the anti-terror law.

“A man may not have participated directly in terrorist acts but may have supported them ideologically. This may not be a full terror crime, but a degree of terror crime,” the expert said.

Just two days later, three academics who signed a peace petition in January were jailed by an Istanbul court, on suspicion of “making terrorist propaganda.”

According to Human Rights Watch, professors Muzaffer Kaya, Esra Mungan, and Kıvanç Ersoy were placed in pretrial detention on Wednesday.

The three were among more than 2,000 signatories to a recent petition condemning the Turkish government’s security operations against the armed Kurdistan Workers’ Party (PKK) youth movement in cities of southeast Turkey because of the disastrous impact on the Kurdish civilian population, which it describes as a “deliberate and planned massacre.” Made public at an Istanbul news conference on January 11, the petition also called for a resumption of peace talks with the PKK.

Since the petition’s release, police have detained around 15 academics for short periods and in some cases searched their homes and offices, Human Rights Watch says. An Istanbul prosecutor is conducting a criminal investigation into all Turkish signatories on suspicion that they “made terrorism propaganda” and “insulted the Turkish nation or state institutions,” while dozens of other academics have been dismissed or suspended by their universities.

“President Erdoğan’s vicious campaign against the academics is part of his drive to banish, punish, and silence all critical voices in Turkey,” said Emma Sinclair-Webb, senior Turkey researcher at Human Rights Watch. “Turkey’s universities, prosecutors, and courts should respect and protect free speech and the rule of law by immediately dropping all investigations and punitive measures against all those who signed the declaration.”

As Amnesty International’s Turkey expert Andrew Gardner said at the time, “By lashing out and seeking to rein in critical voices, President Erdogan’s government is steamrolling over human rights.”