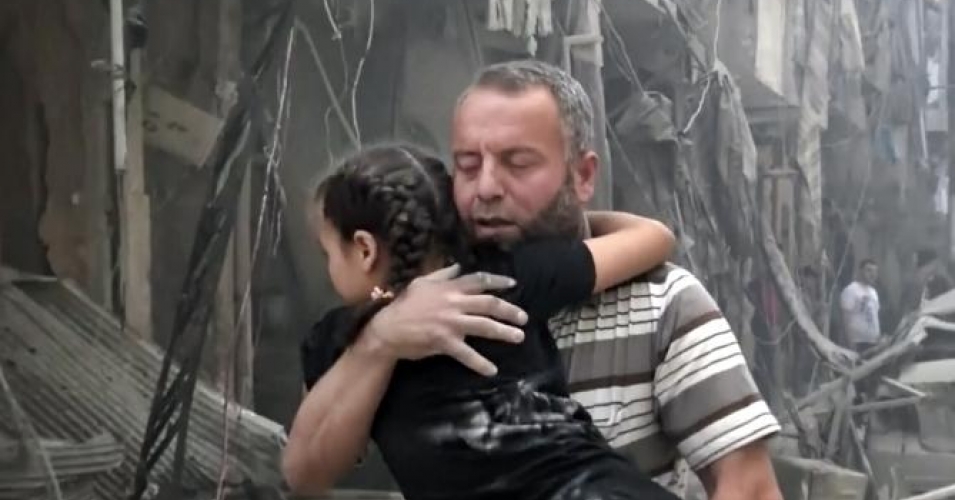 Witnesses said the Al Quds hospital was hit by a missile from a fighter jet Wednesday, according to CNN.

“MSF categorically condemns this outrageous targeting of yet another medical facility in Syria,” said Muskilda Zancada, MSF head of mission for Syria. “This devastating attack has destroyed a vital hospital in Aleppo, and the main referral center for pediatric care in the area. Where is the outrage among those with the power and obligation to stop this carnage?”

MSF, along with the International Committee of the Red Cross (ICRC), which also supported the Al Quds hospital, took to Twitter to express outrage over what appeared to be deliberate targeting of the life-saving facility.

“The recent attack on the ICRC-supported Quds hospital is unacceptable and sadly this is not the first time the lifesaving medical services have been hit,” said Marianne Gasser, head of the ICRC mission in Syria, in a press statement. “We urge all the parties to spare the civilians. Don’t attack hospitals, don’t use weapons that cause widespread damage. Otherwise, Aleppo will be pushed further to the brink of humanitarian disaster.”

The organizations didn’t lay blame on any particular party, the Guardian notes, “but the Syrian and Russian air forces have carried out almost all the aerial strikes on the opposition-controlled east of the city.”

Speaking at a press conference Wednesday, UN special envoy for Syria Staffan de Mistura described the “worrisome deterioration of the cessation of hostilities” as the country’s five-year civil war continues, and referenced the Aleppo hospital strike. He added, “In the last 48 hours, we have had an average of one Syrian killed every 25 minutes. One Syrian wounded every 13 minutes.”

He said that for those inside of Syria, “The perception is that [the cessation of hostilities] could collapse at any time,” adding that Russia and the U.S. are key, as they were in February, to making the truce “urgently revitalized.”

Physicians for Human Rights (PHR) similarly described the nearly two-month truce as having “nearly disintegrated” while peace talks in Geneva have stalled.  As Reuters explains,

The Geneva talks aim to end a war that has killed more than 250,000 people, created the world’s worst refugee crisis, allowed for the rise of Islamic State and drawn in regional and major powers but the negotiations have all but failed and a truce to allow them to take place has collapsed.”

And there’s been no sign of an end to bloodshed over the past few days as fighting has intensified, with fresh airstrikes Thursday on the city killing dozens. According to reporting by the Associated Press, “About 200 civilians have been killed in the past week, nearly half of them around Aleppo.”

“With the civilian death toll rising and hundreds of thousands of people fleeing the country, key powers need to be focused on protecting civilians in all parts of Syria,” said Nadim Houry, Human Rights Watch’s deputy Middle East director. “There are decisive measures that key powers, particularly those on the Security Council, can take to deter abusive parties and improve protection for civilians,” he said.

Meanwhile, military officials told NBC News that the U.S. would release on Friday a redacted version of its investigation into U.S. airstrikes on MSF’s trauma hospital in Kunduz, Afghanistan that killed at least 30 people.