‘By creating an effective ban on abortion, Senate Bill 1552 is one of the most extreme anti-choice measures imaginable.’ 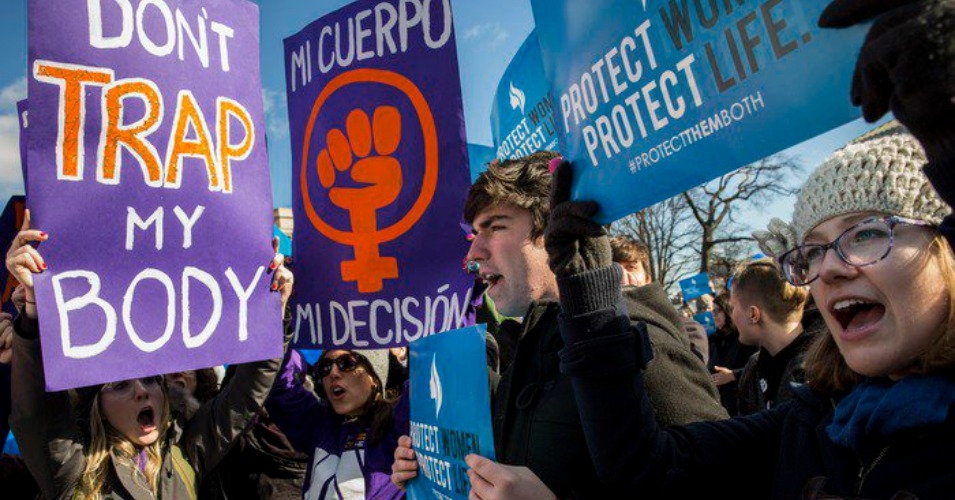 The Oklahoma Senate on Thursday passed one of the nation’s most restrictive abortion laws, which would make it a felony to perform the procedure and restrict any physician who does so from obtaining or renewing a medical license in the state.

The measure would effectively ban abortion altogether in Oklahoma, the state’s ACLU chapter said. The Center for Reproductive Rights (CRR) noted that the bill, Senate Bill (SB) 1552, was the first of its kind in the nation.

It passed 33-12 with no discussion or debate, the Associated Press reported. The State House approved it 69-15 in April. Republican Sen. Nathan Dahm, who sponsored the bill, said he hoped it would spur the repeal of Roe v. Wade.

“By creating an effective ban on abortion, Senate Bill 1552 is one of the most extreme anti-choice measures imaginable,” said ACLU-OK executive director Ryan Kiesel. “The Oklahoma Legislature is acting in direct defiance of more than four decades of court precedent, which guarantees access to reproductive healthcare, including the right to access a safe and legal abortion.”

Oklahoma Governor Mary Fallin, a Republican, now has five days to take action on the legislation before it automatically becomes law.

The CRR on Thursday sent Fallin a letter (pdf) urging her to overturn what the group called a “blatantly unconstitutional measure.” While SB 1552 does include narrow exceptions to “preserve the life of the mother” or remove an ectopic pregnancy, there are no allowances in cases of rape or incest, and CCR countered in its letter that “the bill would still make it a felony to perform any abortion. Therefore, the bill criminalizes the performance of any abortion with no exceptions.”

AP reports that the only physician in the chamber, Republican Oklahoma City Sen. Ervin Yen, voted against the measure, calling it “insane.”

The bill’s passage also comes as the legislature has yet to address a $1.3 billion budget crisis that could lead to cuts to public education and healthcare spending, Kiesel noted.

“In the midst of the worst budget crisis in our state’s history, we could not imagine how the governor could sign legislation that so blatantly defies the United States and Oklahoma Constitutions and marginalizes and endangers Oklahoma women by taking away their most basic right, the right to govern their own bodies,” he said.

Senate Democratic leader Sen. John Sparks slammed lawmakers he said were using the bill as a diversion away from looming social crises.

“Republicans don’t have an answer for their failed education policies, failing healthcare policies, and failing fiscal policies, so what do you do in that situation? You come up with an emotional distraction,” he said. “That’s what this bill is.”

Editors’ note:
Governor Mary Fallin vetoed the bill Friday afternoon, saying that it wouldn’t have survived legal challenges. It remains to be seen if any attempt to over-ride the veto will be successful.