Over 5,000 Germans formed a 5.5-mile human chain to surround the base 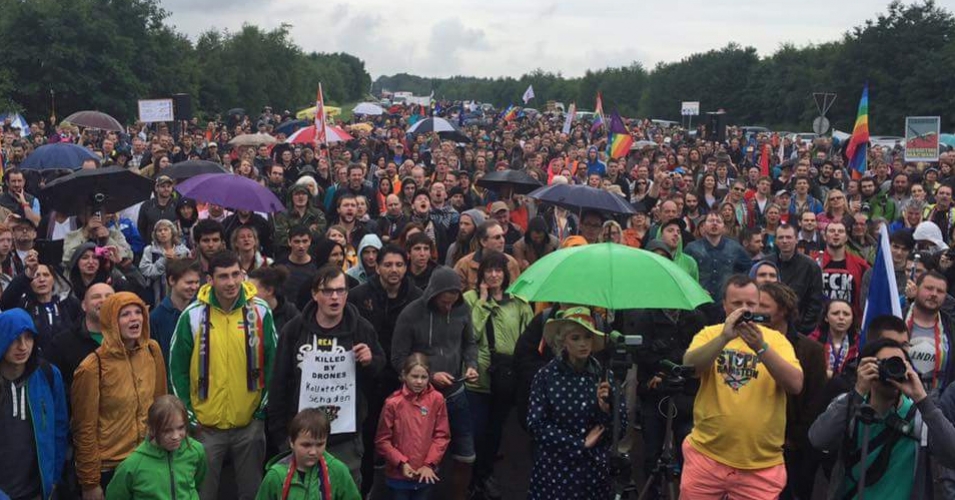 Thousands took to the streets in Germany to protest at U.S. Base in Ramstein

Demonstrators have formed a human chain near a US air base in western Germany to protest against lethal drone strikes.

The demonstration was organized by the alliance “Stop Ramstein – No Drone War“, which says the Ramstein base relays information between operators in the US and unmanned drone aircraft on missions over Iraq, Afghanistan, Pakistan, Yemen, Syria and other places.

Organizers said that 5 to 7 thousand people took part in the chain near the Ramstein Air Base, the principal US Air Force facility in Europe, on a rainy Saturday.

Activists, calling for the base to be closed, described their protest as the biggest ever action against the US base, insisting that public support against the drone issue was growing.

Green MP Tabea Rössner warned that US drone attacks were radicalizing people in the Middle East, while peace activist Reiner Braun said, “The chain is not complete but it is a sign! Ramstein needs to be shut down.”

He later told a German parliamentary committee that all data from the plane went through Ramstein. However, the drones were not directly steered from the base, he added.

But the German and US governments have repeatedly downplayed the importance of the facility and have evaded direct questions about its role in the drone program.

The rallies, which began on Friday, are due to end on Sunday. 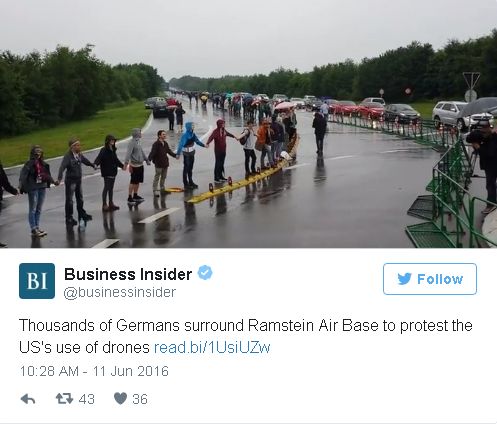 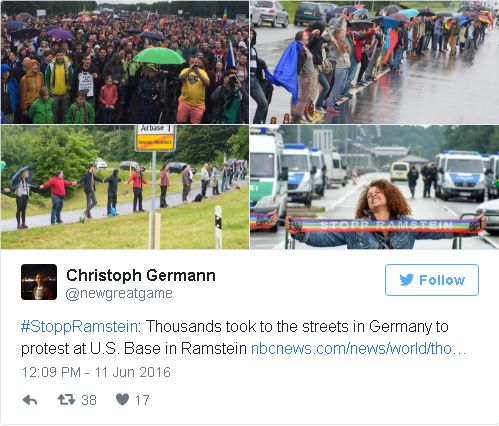