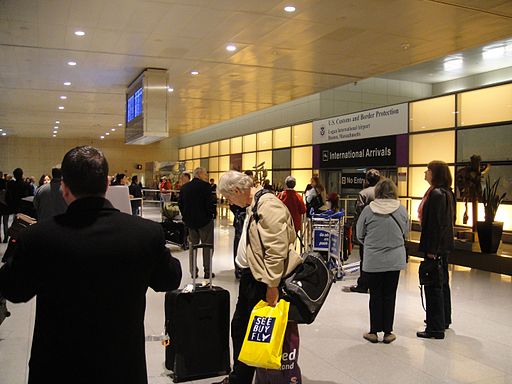 The Bahamian government is warning its citizens to use extreme caution when traveling to the United States. The recommendation follows the “extrajudicial killings” of blacks, Caribbean outlet Antillean Media Group (AMG) reports, “which have spurred increased unrest across America.”

The recent murders of Alton Sterling, a black man shot to death by two Baton Rouge, Louisiana police officers, and Philando Castile, a black gun owner from Minnesota who was shot dead by a Falcon Heights police officer, have sparked outrage across the nation. At a protest Thursday in Dallas, Texas that followed the Sterling and Castille murders, thousands called for an end to police shootings — and the anger sparked by systemic police abuse led to the murder of five police officers.

Micah Xavier Johnson, the military veteran reportedly responsible for injuring seven Dallas police officers and killing five, had been an Army reservist who was “targeting white officers because he was angry over the recent spate of cop-involved killings,” MSN reported. Johnson had previously been deployed to Afghanistan.

To the Bahamian Ministry of Foreign Affairs and Immigration Issues, the events that led to the Dallas attack should not go unnoticed by tourists visiting the United States.

The “recent tensions in some American cities over shootings of young black males by police officers” caught the attention of officials, which prompted them to urge Bahamians to “be non-confrontational” in any encounter with U.S. law enforcement agents.

The statement goes on to explain that “at the commencement of the [Bahamas] Independence holiday weekend” — when Bahamians travel to the United States most often — visitors, “[i]n particular young males,” should“exercise extreme caution in affected cities in their interactions with the police.”The Bahamian government added that Bahamians should “not get involved in political or other demonstrations under any circumstances and avoid crowds.”

The statement ends with the following recommendation:

“Pay attention to the public notices and news announcements in the city that you are visiting.

“Be safe, enjoy the holiday weekend and be sensible.”

To Bahamians and Americans, this advisory may come as a surprise, considering the United States has routinely issued travel advisories for the Bahamas and other neighboring countries.

In the past, Russia has also issued travel advisories concerning legal threats that could endanger Russian citizens. Mentioning “judicial proceedings … of a biased character,” the Russian government “accused the United States of overstepping and potentially violating international law in its treatment of Russian citizens” back in 2013.