By Darius Shahtahmasebi. Published 7-28-2016 by The Anti-Media 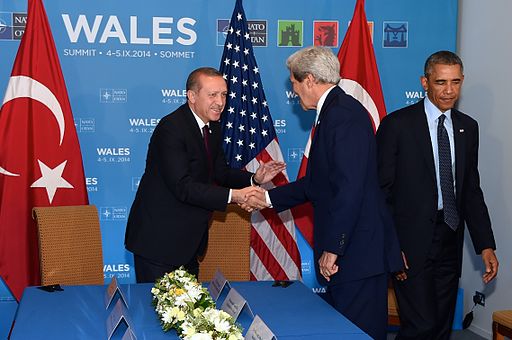 The Turkish mission to weed out every possible element of dissent continues, with the government of Turkey reportedly dismissing close to 1,700 military personnel and shutting down 131 media outlets throughout the country.

Apparently, Turkey has not learned from past instances in which regimes fired large numbers of military servicemen; former generals from Saddam Hussein’s army, who were fired by the head of the Coalition Provisional Authority at the time, Paul Bremer, now hold senior positions within ISIS.

To date, over 10,000 soldiers have been detained because of the failed coup attempt, according to Reuters. Eight-thousand are set to face trial.

If Turkey wants an Iraq or Syria-style civil war, they are going about it the right way.

Journalists who are not in any way affiliated with thealleged mastermind of the failed coup, Muslim cleric Fethullah Gulen — and even those who disagree with Gulen’s views — are now facing persecution. This attempt to silence people who had nothing to do with the coup demonstrates that President Recep Tayyip Erdogan is using the overthrow attempt as an excuse to crack down on political opponents.

This most recent clampdown on possible dissident elements within the country comes on top of the suspension of over 60,000 people within Turkey’s judicial, public, policing, and educational systems.

How all these thousands of people could be linked to the coup attempt remains to be seen. Furthermore, if this is how widespread the opposition to Erdogan’s regime and policies has become, it makes one question how democratic the Turkish president could really be, especially considering he has to launch a nationwide, George Orwell-style attack on dissent to quell it.

Meanwhile, the United States, which has a history of punishing dissent, has expressed support for Turkey’s “need to hold perpetrators of the attempted coup to account” — despite the fact that these “perpetrators” are more than likely headed to the guillotine. Typical calls from the West to respect human rights have gone completely silent in the face of the post-coup crackdown in Turkey.