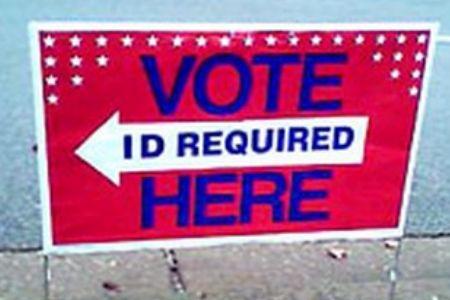 A federal appeals court on Friday struck down North Carolina’s controversial voter ID law, ruling that the 2013 law was created “with discriminatory intent.”

Civil rights groups hailed the decision as a major victory.

“With surgical precision, North Carolina tried to eliminate voting practices disproportionately used by African-Americans. This ruling is a stinging rebuke of the state’s attempt to undermine African-American voter participation, which had surged over the last decade,” said Dale Ho, director of the American Civil Liberties Union’s (ACLU) Voting Rights Project. “It is a major victory for North Carolina voters and for voting rights.”

“We are happy today that the 4th Circuit’s Court of Appeals’ decision exposed the racist intent of the extremist element of our government in North Carolina,” said Rev. Dr. William J. Barber, II, president of the North Carolina State Conference of the NAACP.

“In 2013, this government took our voting system—which was a model for the nation in encouraging people to vote, not discouraging them—and they made it into the worst voter suppression act in the country,” Barber added. “Today the 4th Circuit’s decision gives North Carolinians back an electoral system that allows the people of North Carolina to vote freely this fall.”

After the law was enacted in 2013, the “U.S. Justice Department, state NAACP, League of Women Voters and others sued the state, saying the restrictions violated the federal Voting Rights Act and the Constitution,” AP notes.

As Common Dreams reported, the legal fight in North Carolina was “watched closely by activists and legal experts nationwide, as it is one of the first tests to a restrictive election reform law passed by a conservative legislature in the wake of the Supreme Court’s dismantling of key portions of the Voting Rights Act in 2013.”

The decision (pdf) argued that a prior ruling by a federal judge “missed the forest in carefully surveying the many trees. This failure of perspective led the court to ignore critical facets bearing on legislative intent, including the inextricable link between race and politics in North Carolina.” The ruling continued:

[…] on the day after the Supreme Court issued Shelby County v. Holder, 133 S. Ct. 2612 (2013), eliminating preclearance obligations, a leader of the party that newly dominated the legislature (and the party that rarely enjoyed African American support) announced an intention to enact what he characterized as an ‘omnibus’ election law. Before enacting that law, the legislature requested data on the use, by race, of a number of voting practices. Upon receipt of the race data, the General Assembly enacted legislation that restricted voting an registration in five different ways, all of which disproportionately affected African Americans.

In response to claims that intentional racial discrimination animated its action, the State offered only meager justifications. Although the new provisions target African Americans with almost surgical precision, they constitute inapt remedies for the problems assuredly justifying them and, in fact, impose cures for problems that did not exist. Thus the asserted justifications cannot and do not conceal the State’s true motivation.

Allison Riggs, the League of Women Voters’ lead lawyer on the case, told AP that the ruling will mean more participation in the November elections.

“This is a strong rebuke to what the North Carolina General Assembly did in 2013. It’s a powerful precedent that … federal courts will protect voting rights of voters of color,” Riggs said.

The ruling comes on the heels of decisions in Texas and Wisconsin that overturned similar voter ID laws.