Is it a good idea to have nuclear weapons stored in Turkey at this point? 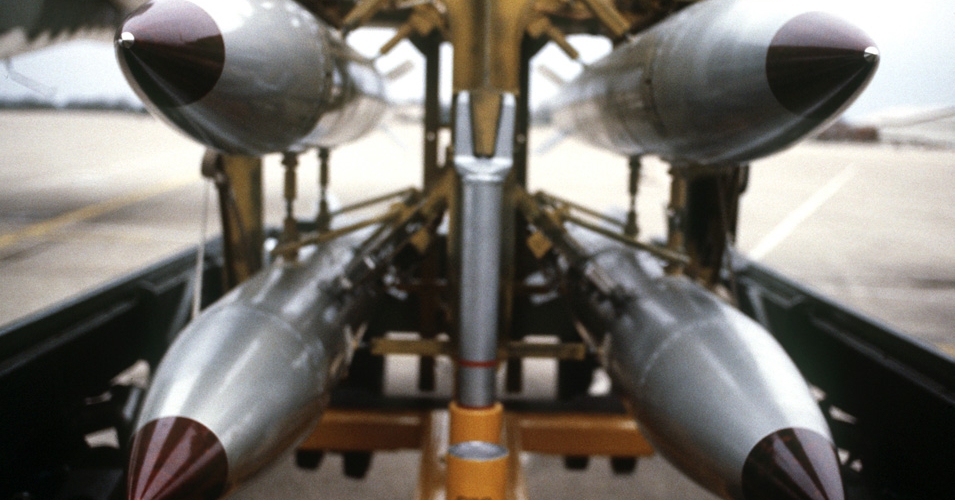 A frontal view of four B-61 nuclear free-fall bombs on a bomb cart. (DoD photo)

Thousands of Turkish troops, citizens and police ‘surrounded’ the Incirlik air base it operates with the United States Saturday night — blocking all entrances to the air base with heavy vehicles and security forces sent to secure its perimeter.

Turkish authorities restored access to and from the key US air base early Sunday, local media reported, the day the U.S. top military official is scheduled to visit the country and tour the base.

The Incirlik air base, located in an urban neighborhood in the southern Turkey city of Adana, reopened following a meeting with “security officials.” Incirlik air base is used by US and NATO forces to launch air strikes and drone attacks on Syria and Iraq. The US stores an estimated 50 hydrogen nuclear bombs at the air base. 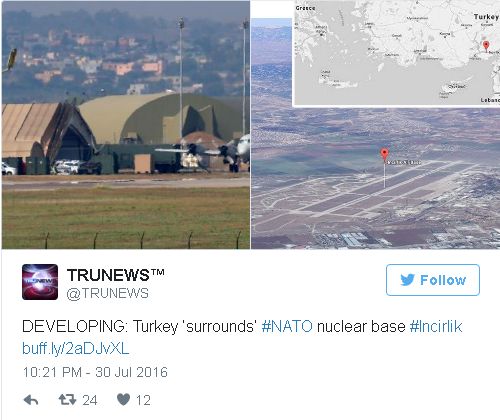 After the July 15th coup attempt, the Washington Post reported:

(Pentagon Press Secretary Peter) Cook declined to address a question about whether it is a good idea to have nuclear weapons stored in Turkey at this point.

“We’ve taken all those steps that we need to take to make sure that everything that we control in Turkey is safe and secure,” he said, after declining to discuss specifics about “strategic assets” like the the nuclear weapons.

The B61 bombs in storage at Incirlik are designed to be carried on a variety of high-speed jets, including the F-15E Strike Eagle and the F-16 Fighting Falcon. Each bomb is typically just under 12 feet long and weighs about 700 pounds, according to U.S. military specifications. They are stored in underground storage vaults inside aircraft hangars, and use control devices known as Permissive Action Links that make them difficult to use without authorization.

US Joint Chiefs of Staff Chairman General Joseph Dunford is due to fly in for an inspection tour of the air base later today. He is also expected to hold talks with the Turkish government in Ankara. 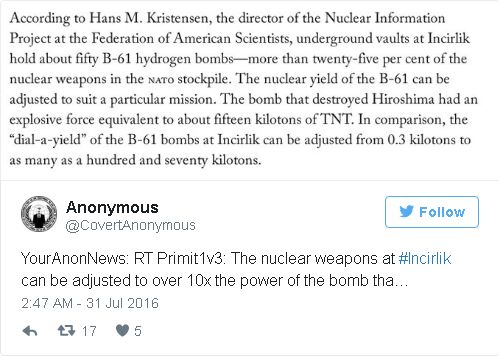 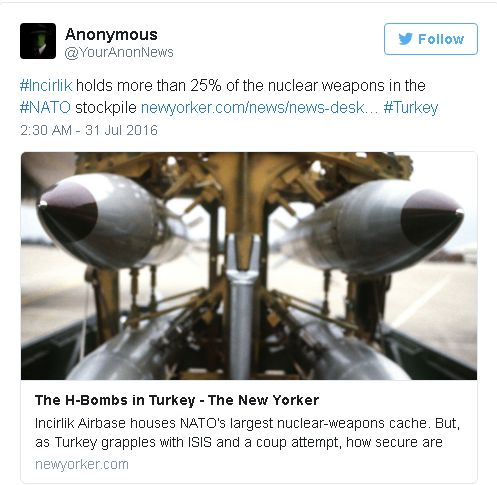