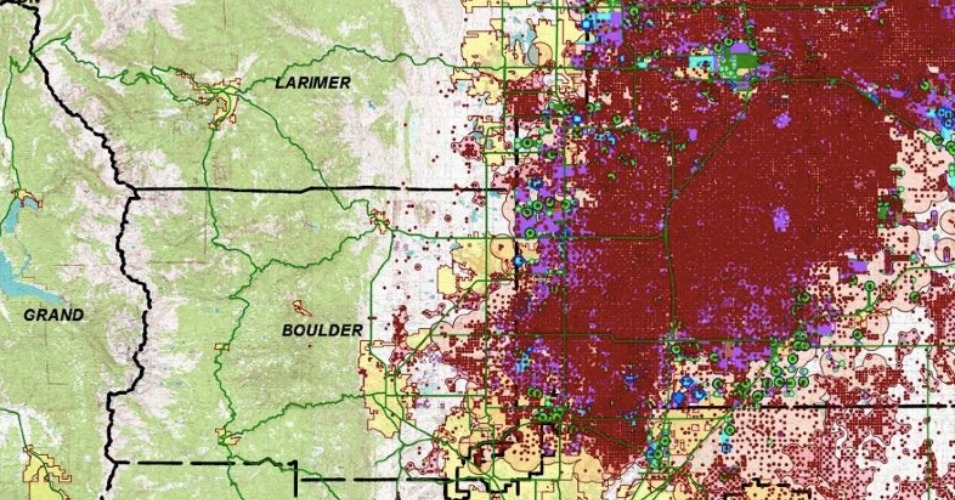 The government of Colorado has so far managed to quash efforts to halt the spread of fracking in that state, but come November, residents will finally have the chance to overpower the will of politicians and Big Oil and Gas.

“This is a good day for Colorado, and it’s a good day for democracy,” said Lauren Petrie, Rocky Mountain Region director of Food and Water Watch. “These initiatives will give communities political tools to fend off the oil and gas industry’s effort to convert our neighborhoods to industrial sites. This is a significant moment in the national movement to stem the tide of fracking and natural gas.”

Initiative 78 would establish a 2,500-foot buffer zone protecting homes, hospitals and schools, as well as sensitive areas like playgrounds and drinking water sources, from new oil and gas development. This expands the current mandate of a 500-foot setback from homes and, according to Coloradans Resisting Extreme Energy Development (CREED), is based upon health studies that show increased risks within a half mile of fracked wells and the perimeters of real-life explosion, evacuation, and burn zones.

Colorado regulators say that, if passed, Initiative 78 could effectively halt new oil and gas exploration and production in as much of 90 percent of the state.

This measure challenges a May ruling by the Colorado Supreme Court which said that state law overrides local fracking bans.

Various moratoriums or anti-fracking measures bans have been passed by the communities of Lafeyette, Boulder, Fort Collins, Broomfield, El Paso County, and Longmont—though many of these efforts were quashed by the Supreme Court ruling. Campaigners are hopeful that the initiatives would lay the foundation for many more.

Colorado’s Democratic Governor John Hickenlooper, an infamous proponent of fracking, has voiced his strong disapproval of the ordinances.

The signature deadline was met Monday despite the fact that the citizen volunteers faced harassment and, as Common Dreams previously reported, a massive, industry-funded opposition campaign which included deceptive television ads telling citizens to “decline to sign” the ballot petitions.

Reporting by the Colorado Independent revealed the campaign to be “part of an orchestrated, multi-year effort by both Colorado-based and national energy giants. One of their front groups is Protect Colorado, which funded the petition-gatherer-of-doom TV ad and is actively seeking to thwart citizens from qualifying the two measures for the ballot.”

“Industry has been gearing up for this fight for five years,” Dan Grossman, Rocky Mountain regional director for the Environmental Defense Fund, told ThinkProgress. “This was kind of the pre-fight, the undercard…If either of these make it onto the ballot, we’re going to see a cage match — an all-out war.”

And the stakes are high. As the New York Times put it, should either measure pass, “it would represent the most serious political effort yet” to stop fracking in the U.S..

The Colorado Secretary of State’s Office now has 30 days to authenticate the signatures before they make the ballot. The announcement is expected to be made by September 7.