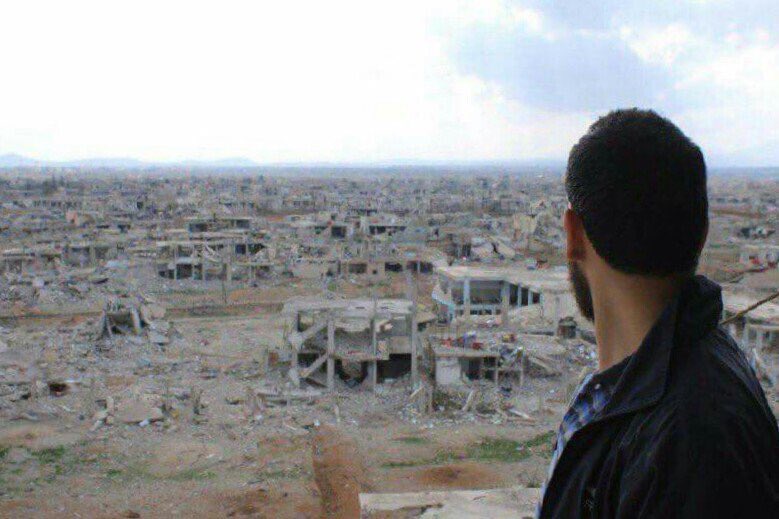 The United States has criticized as “unacceptable” the fighting between forces backed NATO ally Turkey and U.S.-backed pro-Kurdish fighters in northern Syria, just days after the U.S. and Russia suggested there was no imminent ceasefire to the conflict that has killed at least a quarter of a million people.

“We are closely monitoring reports of clashes south of Jarabulus—where ISIL [Islamic State or ISIS] is no longer located—between the Turkish armed forces, some opposition groups, and units that are affiliated with the SDF (Kurdish-led Syrian Democratic Forces),” Pentagon spokesperson Peter Cook said in a statement to Agence France-Presse.

As Reuters explains, the SDF is a “a coalition that encompasses the Kurdish YPG militia and which has been backed by Washington to fight the jihadists.”

Also conveying the U.S. rebuke of the clashes was Brett McGurk, U.S special envoy for the fight against Islamic State. On his official Twitter page early Monday, McGurk criticized Turkey’s military for targeting YPG positions instead of ISIS. The Department of Defense, he wrote, wants “to make clear that we find these clashes —in areas where #ISIL is not located—unacceptable and a source of deep concern.”

Turkish President Recep Tayyip Erdogan has made his position on targeting Kurdish militias clear. He said Sunday that Ankara would target the YPG and ISIS “with the same determination.” Prime Minister Binali Yildirim conveyed the same strategy on Friday. “We will continue until Daesh [ISIS] and other terrorist elements are taken out,” he said.

While Turkey, and their affiliated militias, captured the ISIS city of Jarabulus at the border, it wasn’t long before they were sacking Kurdish villages and engaging in direct fighting with the YPG over territory along the Euphrates River. Turkish officials have made no bones about this being the primary goal of the campaign.

which is fighting a Kurdish insurgency at home, has said the Syrian campaign it opened [last] week is as much about preventing Kurdish militia fighters from gaining territory in Syria as about pushing back Islamic State.

Turkey wants to stop Kurdish forces gaining control of a continuous stretch of Syrian territory on its frontier, which it fears could embolden the Kurdish militant group PKK, which has waged a three-decade insurgency on Turkish soil.

As the Associated Press reports, “The fighting pits Turkey, a NATO ally, against a U.S.-backed proxy that is the most effective ground force battling IS militants in Syria in the 5-year-old civil war.”

As some of the “profound horrors” of the war emerge, “Syrian men, women, and children continue to pay the highest price” of the five-year conflict, the United Nations warned this month.

As to why the conflict “frustrates any attempt at resolution,” the Times wrote, “The core combatants—the government and the insurgents who began fighting it in 2011—are quite weak and, on their own, cannot sustain the fight for long.”

“But they are not on their own,” the Times continued. “Each side is backed by foreign powers—including the United States, Russia, Iran, Saudi Arabia, and now Turkey—whose interventions have suspended the usual laws of nature. Forces that would normally slow the conflict’s inertia are absent, allowing it to continue far longer than it otherwise would.”