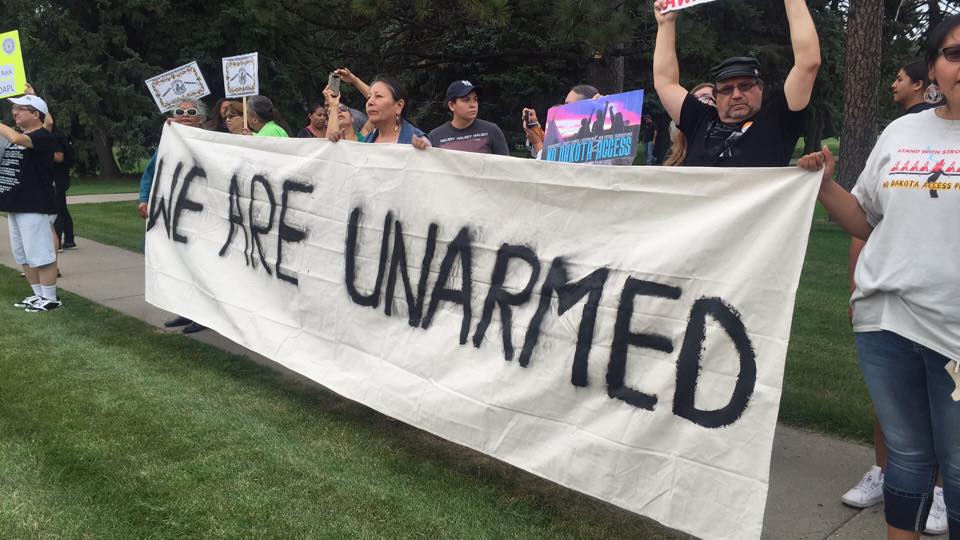 Over the weekend, peaceful protests turned violent after security guards from G4S, a British mercenary group, unleashed dogs on the demonstrators, provoking a confrontation the media spun as violently aggressive on the part of those protesting. The scuffle ensued after construction workers allegedly destroyed sacred Native American burial sites. However, video from the scene tells a different story — one of provocation from proponents of pipeline security.

A spokesman from the Red Warrior Camp, located at the construction site, has issued this statement:

About the author
Nick Bernabe founded Anti-Media in May of 2012. His topics of interest include civil liberties, the drug war, economic justice, foreign policy, geopolitics, government corruption, the police state, politics, propaganda, and social justice. He currently resides in Chula Vista, California, where he was born and raised.
This article is republished under a Creative Commons Attribution 4.0 International license