Ousted President Dilma Rousseff wouldn’t enact austerity roadmap, so “a process was established which culminated with me being installed as president of the republic,” Temer says 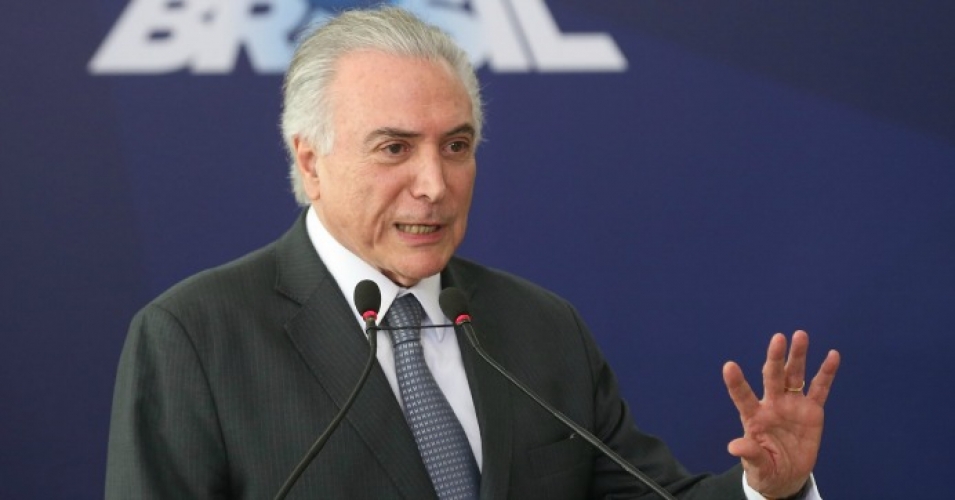 Proponents of her ouster argued that former Brazilian President Dilma Rousseff was targeted and ultimately booted from office for budgetary wrongdoing or, ironically, corruption.

But fresh comments by new, unelected president Michel Temer himself back up claims that her impeachment was politically motivated, specifically, that Rousseff wouldn’t enact the austerity-promoting, welfare-slashing economic platform Temer unveiled from his party, the Brazilian Democratic Movement Party (PMDB), in October when he was vice president.

The Intercept‘s Inacio Vieira reported on the comments Temer made Wednesday speaking to investors in New York City at an event at the Americas Society and Council of the Americas (AS/COA). Here is the key comment, as noted by The Intercept:

And many months ago, while I was still vice president, we released a document named ‘A Bridge to the Future’ because we knew it would be impossible for the government to continue on that course. We suggested that the government should adopt the theses presented in that document called ‘A Bridge to the Future.’ But, as that did not work out, the plan wasn’t adopted and a process was established which culminated with me being installed as president of the republic.

Vieira concludes that the impeachment “was for an agenda of impunity, profit, and power that would never be ratified democratically by the Brazilian voting population at the ballot box, and was thus imposed on them under the guise of upholding the law.”

Public Radio International also reported this week: “A mere two days after impeaching Rousseff, the same senators voted to legalize the very budget tricks they accused her of playing.”

In his speech Wednesday, Fox News Latino adds, “Temer made a pointed appeal to United States investors that his country is open for business.”

In separate reporting by The Intercept, Glenn Greenwald writes that “what’s as revealing as Temer’s casual acknowledgement of coup-type motives is how Brazil’s large media—which united in favor of impeachment—has completely ignored his comments,”  thus “ignor[ing] the huge implications for what this illuminates about Dilma’s removal.”

“Just contemplate that,” Greenwald added, “the installed president of the country admits to a room full of oligarchs and imperialists in New York that he and his party impeached the elected president for ideological and policy reasons, not because of the stated reasons, and the entire big Brazilian press pretends that it never happened

According to British-Brazilian writer and athlete Juliano Fiori, “In removing the elected president for ostensibly political reasons, the impeachment of Dilma is a coup against democracy.”

Temer was formally installed as president just hours after the August 31 impeachment of Rousseff, and has since faced protests. He will compete the rest of what would have been her term, serving through the end of 2018.