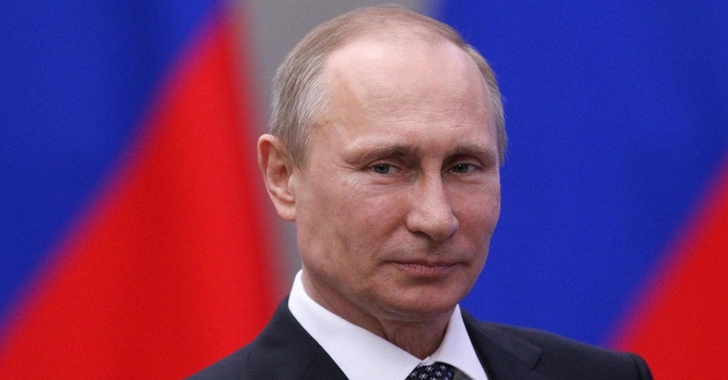 Following weeks of deteriorating diplomatic efforts between the U.S. and Russia over Syria — to the point where the U.S. has now placed additional military options on the table — Russian President Vladimir Putin suspended a nuclear pact with Washington on Monday, Reuters reports, indicating his willingness to play the nuclear card with the United States.

“Starting in the last years of the Cold War, Russia and the United States signed a series of accords to reduce the size of their nuclear arsenals, agreements that have so far survived intact despite a souring of U.S.-Russian relations under Putin.

“But on Monday, Putin issued a decree suspending an agreement, concluded in 2000, which bound the two sides to dispose of surplus plutonium originally intended for use in nuclear weapons.”

Putin’s decree, released by the Kremlin on Monday, cites “unfriendly acts” by Washington as motivating factors for the move. Under the accord, the U.S. and Russia were each to dispose of 34 metric tons of weapons-grade plutonium — enough for about 17,000 nuclear warheads.

The Russian Foreign Ministry, commenting on President Putin’s move on Monday, stated: “The Obama administration has done everything in its power to destroy the atmosphere of trust which could have encouraged cooperation.”

The agency added: “We want Washington to understand that you cannot, with one hand, introduce sanctions against us where it can be done fairly painlessly for the Americans, and with the other hand continue selective cooperation in areas where it suits them.”

Diplomacy between the U.S. and Russia in Syria appears to have cratered entirely, in fact. On Monday, officials from both countries indicated that talks of any potential ceasefire in Middle Eastern nation have completely fallen apart.

“All contacts between the military have been stopped of late,” TASS reported Russian Deputy Foreign Minister Gennady Gatilov as saying, adding “there has been no exchange of information.”

Then, in a statement issued by the U.S. Department of State, spokesman John Kirby said:

“The United States is suspending its participation in bilateral channels that were established to sustain the Cessation of Hostilities. This is not a decision that was taken lightly. The United States spared no effort in negotiating and attempting to implement an arrangement with Russia aimed at reducing violence, providing unhindered humanitarian access, and degrading terrorist organizations operating in Syria, including Daesh and al Qaeda in Syria.”

So — for now, at least — it appears any pretext at diplomacy regarding Syria has evaporated, as the world’s two greatest superpowers continue to jockey for dominance in the war-torn region.

Editor’s note: The following article takes an in-depth examination on the American/western media’s role in what we see as “dumbing down” the American populace so that Americans are not aware of how reprehensible the US behavior has come to be in the International view. Only by controlling the message do they also control how we perceive our actions. Sadly, in relation to this story, by the time we are aware of what is really going on, the nukes will already be airborne. Do We Really Want Nuclear War with Russia?