The findings reveal ‘how policies and laws against terrorism and other criminal activity risk unnecessarily undermining the media, critical voices, and activists’ 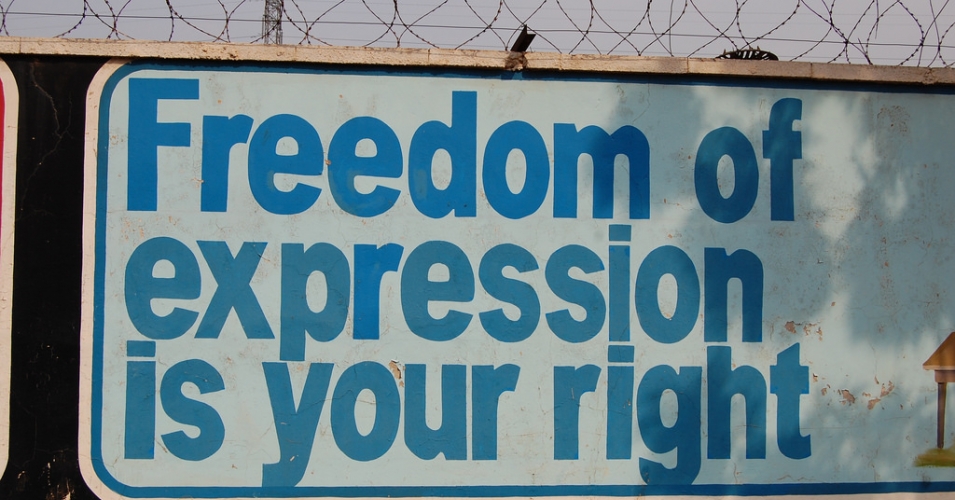 “Censorship in all its forms reflects official fear of ideas and information,” said U.N. Special Rapporteur on the freedom of opinion and expression, David Kaye. (Photo: Rachel Hinman/flickr/cc)

“Governments are treating words as weapons,” a United Nations expert has warned, previewing a report on the global attack on the freedom of expression.

The report, based on communications with governments stemming from allegations of human rights law violations—reveal “sobering” trends of threats worldwide and “how policies and laws against terrorism and other criminal activity risk unnecessarily undermining the media, critical voices, and activists.”

The expert, Special Rapporteur on the freedom of opinion and expression David Kaye, is presenting his report on the sometimes “abusive” practices by governments to the UN General Assembly on Friday.

The “tools of repression” used by governments worldwide in their assault include internet shut-downs and over-classification of documents in the name of national security. The tactics may also include criminalization of criticism of the state, which may lead to detention and other punitive measures against political and human rights activists—and even journalists.

The report states that “attacks on journalism are fundamentally at odds with protection of freedom of expression and access to information and, as such, they should be highlighted independently of any other rationale for restriction.”

The United States isn’t spared criticism in the report, with Kaye noting that it “enforces its Espionage Act in ways that ensure that national security whistleblowers lack the ability to defend themselves on the merits of grounds of public interest.” That’s the same argument that NSA whistleblower Edward Snowden, who faces charges under the act, has made.

The report also states that “journalists covering the protests in Ferguson, Missouri, in 2014 were subjected to detention by the local authorities.”

The report concludes that the justifications governments give for limiting freedom of opinion and expression “are often unsustainable.”

Some of the limitations involve assertions of a legitimate objective—typically national security or public order—without the barest demonstration of legality or necessity and proportionality. Other limitations are based on objectives that are not legitimate under international human rights law. Old tools remain in use, while others are expanding, as States exploit society’s pervasive need to access the internet. The targets of restrictions include journalists and bloggers, critics of government, dissenters from conventional life, provocateurs, and minorities of all sorts. Our communications have revealed allegations relating to all of these issues, and reporting from civil society suggests that the problems are more pervasive and extensive than even our communications illuminate.

“Censorship in all its forms reflects official fear of ideas and information,” Kaye said in a statement released Thursday.

“Governments must not only reverse course, but also take the lead in ensuring its protection,” he said.

Kaye’s statement comes on the heels of the arrests in the U.S. of several journalists documenting nonviolent civil disobedience aimed at averting climate disaster, in other words, simply doing their job.