Amnesty International are sending a delegation of human rights observers to monitor the response of law enforcement to the protests. 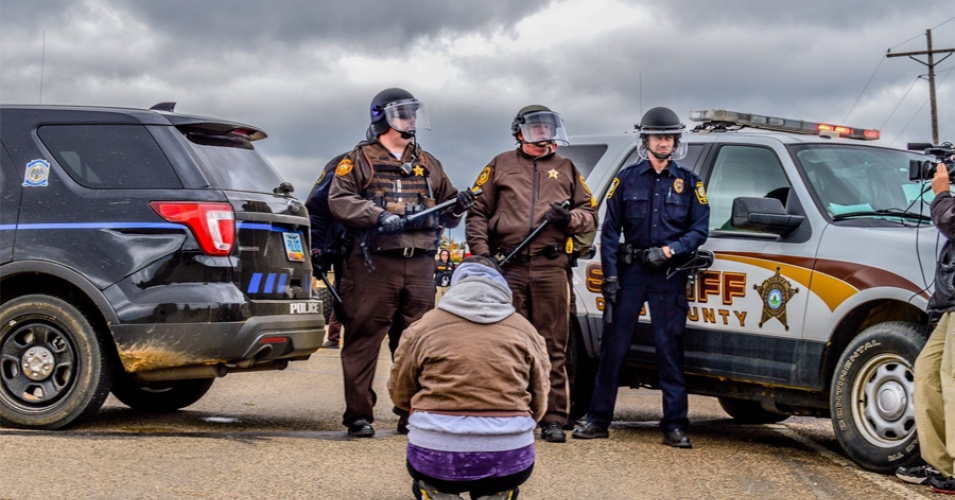 Native American leaders vowed on Saturday to protest through the winter against a North Dakota oil pipeline they say threatens water resources and sacred lands and are planning lawsuits over police treatment of arrested protesters.

Standing Rock Sioux Chairman Dave Archambault II said he and other tribal leaders were working on providing food, heat and shelter for protesters opposed to the $3.8 billion Dakota Access Pipeline.

“We’re just working through some technical details as far as where the land is, and the type of land that can be used for some permanent structures,” Archambault told reporters in Mandan, North Dakota on Saturday morning.

At least 10 shelters were being readied on tribal land against temperatures that can fall below -35 Fahrenheit (-37 Celsius) for days at time, he said.

“It doesn’t have to put our water at risk,” said Archambault, who was joined by Cheyenne River Sioux Chairman Harold Frazier.

Archambault said his tribe may pursue a class action over police tactics. Officers in riot gear swept through a protester camp on private land using pepper spray, bean bag rounds and an audio cannon aiming high-pitched “sound cannon” blasts against demonstrators. At least 142 people were arrested on Thursday and Friday.

Protesters had numbers written on their arms and were housed in what appeared to be dog kennels, without bedding or furniture.

“It’s just wrong to use that type of force on innocent people,” Archambault said Saturday, Oct. 29, during a press conference in front of the Morton County Sheriff’s Department.

“All they’re doing is standing up to protect that water,” Frazier said. 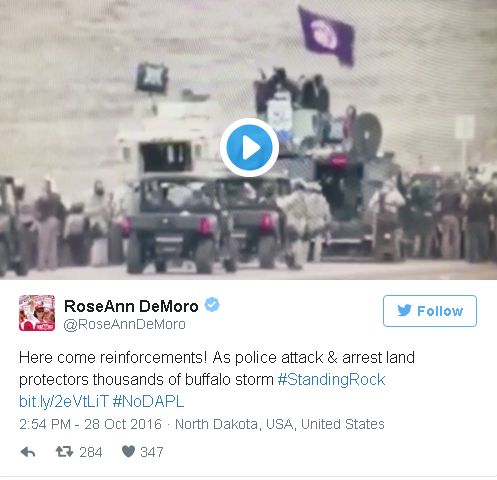 Meanwhile, Amnesty International USA (AIUSA) announced that they are sending a delegation of human rights observers to monitor the response of law enforcement to the protests.

AIUSA also has sent a letter to the Morton County Sheriff’s Department expressing concern about the degree of force used against the protests. The organization will also call on the Department of Justice to investigate police practices.

AIUSA sent a delegation of observers to the area in August and has stayed in contact both with the Indigenous community and those policing the protests since then. Letters had previously been sent to the North Dakota Highway Patrol and the Morton County Sheriff’s office calling for law enforcement officers to respect international human rights standards on the policing of protests.

“Our observers are here to ensure that everyone’s human rights are protected,” said Eric Ferrero, director of communications for AIUSA. “We’re deeply concerned about what we heard during our previous visit to Standing Rock and what has been reported to us since.”

In some instances, police have responded to protesters with pepper spray and bean bags, and in one instance, private security staff used guard dogs. Those recently arrested have reported being strip searched and forced to pay bail for minor offenses. Members of the media and legal observers have also been arrested or charged with minor offenses.

“People here just want to stand up for the rights of Indigenous people and protect their natural resources. These people should not be treated like the enemy,” said Ferrero “Police must keep the peace using minimal force appropriate to the situation. Confronting men, women, and children while outfitted in gear more suited for the battlefield is a disproportionate response.” 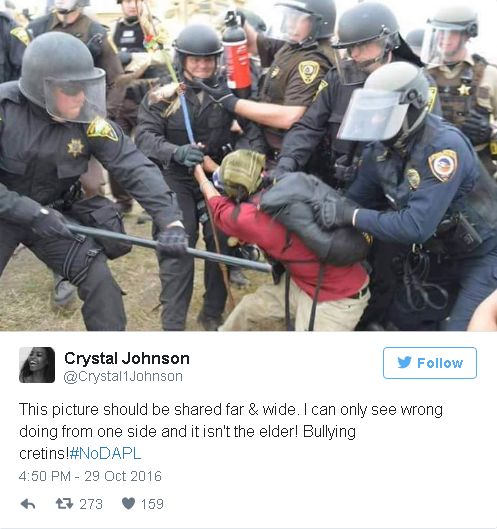 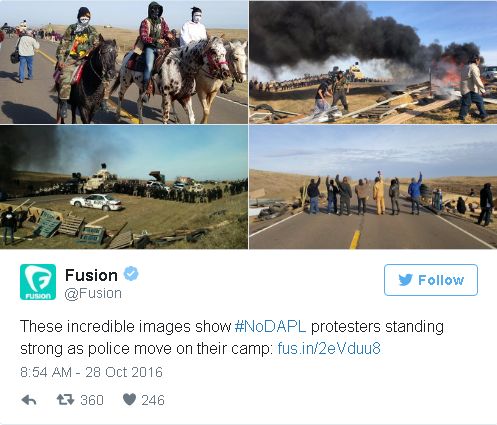 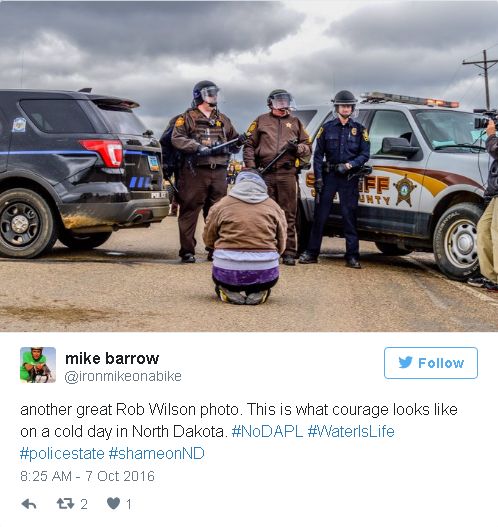