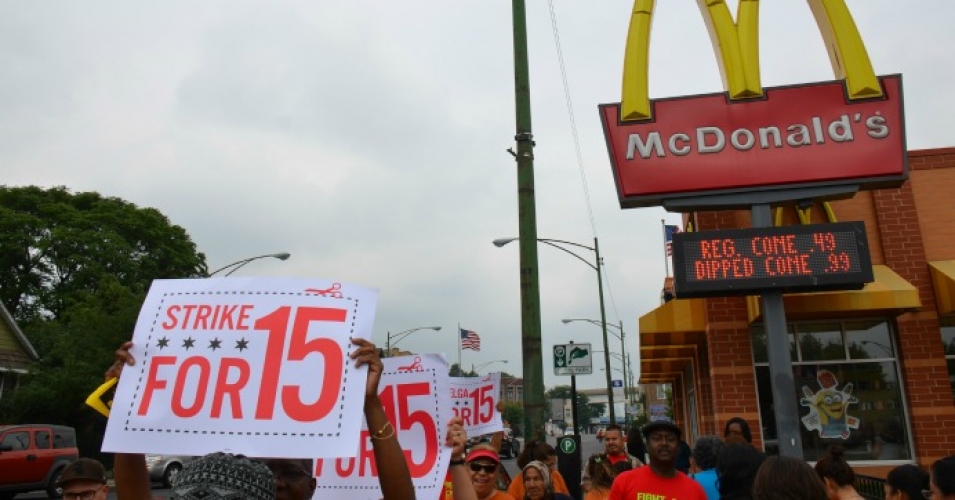 In the settlement, revealed in a Friday filing in a U.S. district court in San Francisco, McDonald’s agreed to pay a total of $3.75 million in back pay and legal fees to roughly 800 employees of five restaurants owned by a single franchisee, Smith Family LP.

Not only is this the first time the company has reached a settlement with franchise workers, it comes as the fast food giant faces claims that it is indeed responsible for the treatment of its workers at franchise restaurants.

The question of whether the fast food giant is “joint employer” of its franchise workers, which McDonald’s has denied, is currently being weighed in a case before the National Labor Relations Board (NLRB).

Such a designation, Reuters notes, “could make the company liable for legal violations by franchisees and require that it bargain with workers who unionize.”

As the Washington Post reported earlier this year, the pending NLRB trial could “not only expose McDonald’s to massive liability, but also open the door for workers at McDonald’s franchises across the country to form a union that would negotiate directly with corporate headquarters, rather than each individual franchisee.”

And such is the goal of the Fight for $15 movement, a national campaign led by McDonald’s and other fast food employees to raise the minimum wage and establish bargaining rights for low wage workers.

“When we join together and speak out, McDonald’s can’t ignore us,” said Los Angeles McDonald’s worker Anggie Godoy, who is also a member of the Fight for $15’s National Organizing Committee. “This settlement is just the latest example of how workers in the Fight for $15 are holding the company accountable.”

“The courageous McDonald’s workers who brought this suit forced one of the world’s most powerful companies to take responsibility for the way it treats us,” Godoy continued. ” I’m gratified the workers reached a settlement they are happy with and hope McDonald’s has learned its lesson—stealing wages from hard-working cooks and cashiers who are already struggling to get by on low pay is never okay.”