“It’s almost as if mother nature is making a statement” 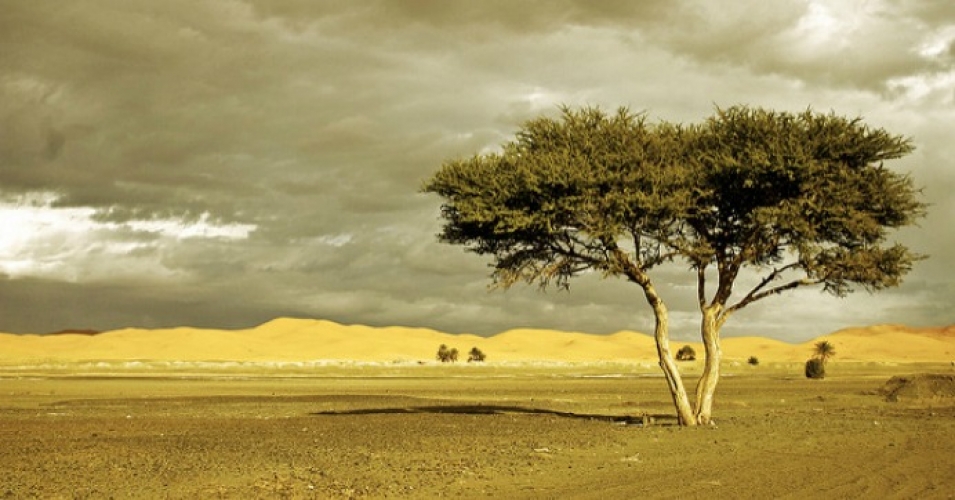 2016 is “very likely” to be the hottest year on record, setting a new high for the third year in a row, the United Nations’ World Meteorological Organization (WMO) announced Monday at the start of the second week of climate talks in Marrakesh, Morocco.

Global warming from greenhouse gas emissions was the biggest factor, but a stronger-than-usual El Niño event helped push temperatures even higher, the organization said, noting that 16 of the 17 hottest years in history occurred in this century.

“Another year. Another record,” said WMO secretary-general, Petteri Taalas. “The extra heat from the powerful El Niño event has disappeared. The heat from global warming will continue.”

“Because of climate change, the occurrence and impact of extreme events has risen,” he said. “‘Once in a generation’ heatwaves and flooding are becoming more regular.”

Overall, 2016 was about 1.2°C hotter than preindustrial levels, WMO said, which puts the planet perilously close to the 1.5°C warming threshold that nations agreed to in last year’s landmark Paris climate agreement—although some scientists are warning that it’s already too late to prevent crossing that benchmark within the next few years.

“In parts of Arctic Russia, temperatures were 6°C to 7°C above the long-term average. Many other Arctic and sub-Arctic regions in Russia, Alaska, and northwest Canada were at least 3°C above average. We are used to measuring temperature records in fractions of a degree, and so this is different,” Taalas continued.

Michael Mann, a leading climatologist at Penn State University, said the results are “almost as if mother nature is making a statement.”

“Just as one of the planet’s two largest emitters of carbon has elected a climate change denier [Donald Trump]—who has threatened to pull out of the Paris accord—to the highest office, she reminds us that she has the final word,” he told the Guardian. “Climate change is not like other issues that can be postponed from one year to the next. The U.S. and world are already behind; speed is of the essence, because climate change and its impacts are coming sooner and with greater ferocity than anticipated.”

Mary Church, head campaigner at Friends of the Earth, said Monday, “The more we let the climate warm the greater the risk of increased famine, resource wars and climate refugees worldwide. It is the poorest and most vulnerable people, who are the least responsible for causing this crisis, that will suffer the most.”

World leaders are gathering Marrakesh for another round of climate talks, now that the Paris treaty has reached the requisite signatories to be put into action. On Monday, a coalition of more than 375 civil society groups delivered a letter to the COP22 attendees with an “urgent yet simple” demand for climate action: an end to fossil fuels.

“If the world is going to live up to the Paris agreement, there is no room in the atmosphere for any new fossil fuel development,” said Greg Muttitt, senior advisor with Oil Change International. “The only way to avoid either dangerous climate change, or an abrupt loss of jobs and investment, is to begin a managed decline of fossil fuel production and a just transition to clean energy.”

Nicole Oliveira of 350.org said, “Communities at the frontlines of climate change have been fighting for this for years with escalating risks to their lives and livelihoods. The only way forward is for governments to choose to be on the right side of history and enact the calls of millions worldwide.”