In a context of growing injustice, reclaiming the importance and the meaning of the word resistance is more urgent than ever. 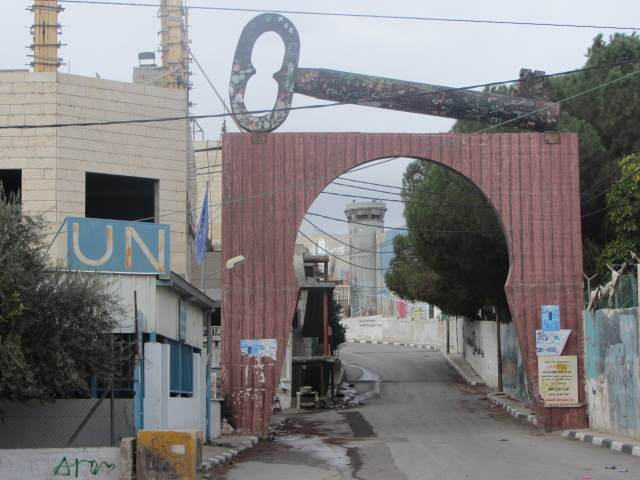 The world dis-(order) continues to expand and take different shapes and forms, and so does injustice. The democratic norms are in crisis and the political representation gap continues to widen.

New conflicts keep erupting in this highly securitised world, and new technologies of oppression and aggression are deployed. Global citizens feel less empowered, and far from the core of their political systems. The answer to all of this is resistance.

Many voices around the world are working hard to make the word resistance a “dirty word” arguing that it is not compatible with global peace and justice. Others even try to criminalise resistance. Global institutions tasked to ensure justice, such as the United Nations, have failed on many occasions to reverse and challenge aggressive conditions.

Yet, resistance, and indeed popular resistance in particular, should be the rule rather than the exception under occupation, colonisation, repression and authoritarianism. Instead of criminalising resistance, global institutions tasked to ensure justice must advocate, celebrate, and embrace resistance as a way of living until justice and equality are realised.

All of this is compatible with the UN resolutions that give the right to people to use all available means to achieve their self-determination and liberate themselves from colonial and foreign domination. Historical evidence suggests a simple rule: whenever and wherever there is oppression, creative resistance is the answer.

The act of resistance, is therefore fundamental to ensuring agency, real empowerment, and people at the centre of their political systems and struggles. Resistance also means that the probability of reaching a just and sustainable peace are higher although it is not a linear or straightforward equation.

Regardless of the adjective preceding resistance (popular, armed, peaceful, non-violent), what matters is the way the notion and act of resistance are perceived as a core human value. Some people find it scary, others find it beautiful. But in between these two views, what is certain is that resistance is a tough process that requires persistence, education, and sacrifice.

To resist, to clash, to confront, to challenge, to refuse, not to cooperate with the “masters”, to be principled, to stand firm, and to persist are all acts of resistance that must not be taken away from the oppressed. In a new world order, no one should have the right to ask the oppressed people to compromise on these basic and fundamental rights. Those who seek to do so will be on the side of the oppressor and will keep reproducing injustice.

This might sound like an obvious observation, but in our present reality, it is hardly seen in the practices of those engaged in shaping current world order. To be more explicit, many western governments celebrate peaceful forms of resistance but when it comes to the real test they do not stick to their words and their glowing statements; they have failed badly.

Indeed, the world of today is different than the colonial world, yet sadly oppression and aggression are taking other forms, and neo-colonialists are enjoying other ways to practice their mastery. Consequently, there are two constant variables: the absence of justice and denial of rights, as well as the expansion and growth of tools and creativity to enable people to resist and confront injustice.

Gandhi’s principles are always celebrated as the way forward, but if Gandhi lives in the world of today he would like to be celebrated in the right way: addressing the roots of injustice and rejecting the reproduction of similar if not harsher colonial practices.

The world celebrates Gandhi’s long fasts, persistence in jails, and effective boycott of the colonisers. Yet the world of today is also betraying Gandhi through leaving Palestinian prisoners on hunger strike to their fates in Israeli jails, and dismissing the pain of thousands of other Palestinian prisoners, while accusing Palestinians and their supporters of being anti-semitic because they advocate and work towards boycotting Israel for its continuous violations of international law and human rights.

The betrayal of Gandhi is reaching a new level in this new order of the world by criminalising acts of creative and popular resistance under the umbrella of rule of law and democracy. These illustrative examples from occupied Palestine are just a few of many inspiring examples from around the globe.

Therefore, the key lesson that can be drawn from this is simple: different forms of civil disobedience, resistance, confrontation, non-cooperation and boycott must be kept close to people’s hearts to drive their actions.

Finally, resistance is the shortest way to global justice because it puts human dignity at the core of actions. When dignity is the main point of reference to any struggle, then people’s aspirations come to the centre and their voices and demands drive the political system and struggle.

Note: A version of this article was presented by the writer at a panel discussion on ‘peaceful resistance for enduring global justice’ during the Geneva Peace Week at The Graduate Institute of International and Development Studies (IHEID), Tuesday 08 November 2016.

Alaa Tartir is the program director of Al-Shabaka: The Palestinian Policy Network, a post-doctoral fellow at the Geneva Centre for Security Policy (GCSP), and a visiting research fellow at the Centre on Conflict, Development, and Peacebuilding (CCDP), The Graduate Institute of International and Development Studies (IHEID), Geneva, Switzerland. Follow Alaa @alaatartir and read his publication at www.alaatartir.com