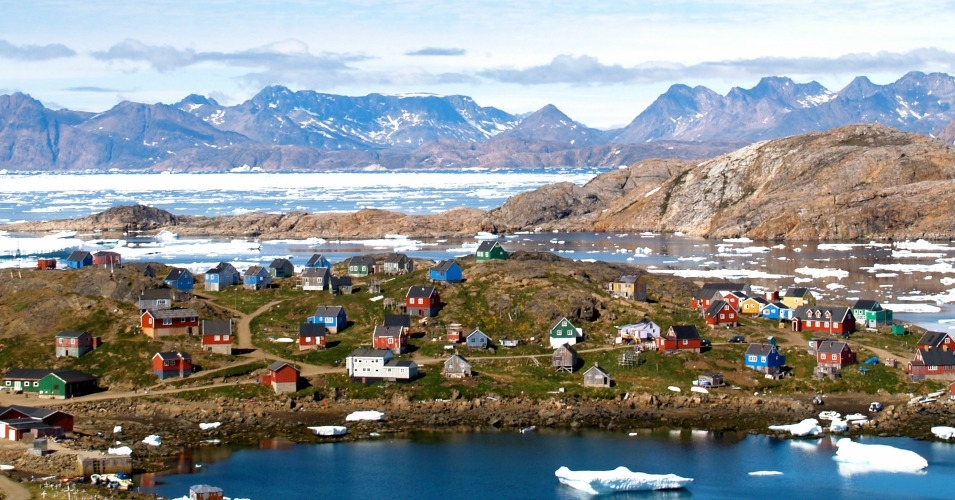 The Arctic Resilience Report, produced under the auspices of the Arctic Council by an international team of researchers from multiple institutes and universities, is the first comprehensive assessment of its kind, looking at the unique region from a combined social and ecological perspective. By surveying and synthesizing a large body of previous research on how both communities and natural systems are responding to global warming, the report offers a worrying conclusion.

“The warning signals are getting louder,” Marcus Carson of the Stockholm Environment Institute and one of the lead authors of the new report, told the Guardian. “[These developments] also make the potential for triggering [tipping points] and feedback loops much larger.”

The signs of dramatic change, the researchers found, are everywhere in the Arctic. “Temperatures nearly 20°C above the seasonal average are being registered over the Arctic Ocean,” the report states. “Summer sea-ice cover has hit new record lows several times in the past decade. Infrastructure built on permafrost is sinking as the ground thaws underneath.”

The fear of tipping points—which occur when natural systems hit limits that force dramatic, cascading, and often irreversible changes—have long been held among scientists studying the dynamic impacts of human-caused global warming and climate change. Referred to as “regime shifts” in the report, the concept is the same.

“One of the study’s most important findings is that not only are regime shifts occurring, but there is a real risk that one regime shift could trigger others, or simultaneous regime shifts could have unexpected effects,” said Johan L. Kuylenstierna, executive director of the Stockholm Environment Institute, which contributed to the study.

Johan Rockström, executive director of the Stockholm Resilience Centre and co-chair of the project, added: “How regime shifts interact with one another is poorly understood. If multiple regime shifts reinforce each other, the results could be potentially catastrophic. The variety of effects that we could see means that Arctic people and policies must prepare for surprise. We also expect that some of those changes will destabilize the regional and global climate, with potentially major impacts.”

What the scientists observed in their research, according to a summary of the report, were “large, persistent, often abrupt changes in the Arctic’s natural systems” which they came to classify as regime shifts. The report explains how “these shifts are having large impacts on wildlife, the stability of the climate, and on Arctic peoples’ sense of place and well-being.” The 19 specific shifts identified take many forms, including:

Citing these and other worrying trends, the report, like so many others coming from the scientific community in recent years, urges immediate action by both regional interests and the world community. “The potential effects of Arctic regime shifts [or tipping points] on the rest of the world are substantial, yet poorly understood,” the report states. “Human-driven climate change greatly increases the risk of Arctic regime shifts, so reducing global greenhouse gas emissions is crucial to reducing this risk.”

With a focus on resiliency and community-led response, the report says that reducing the risks of further destruction and destabilization in the Arctic, especially given the region’s crucial role in regulating the planet’s climate, depends on global action driven by local concerns and knowledge.

The hope, according to the scientists involved, is that efforts to stem the damage in the Arctic can also provide guidance for the rest of the world.

“How we manage and respond to the rapid changes in the Arctic,” the researchers suggest, “could be a blueprint for how we meet future climate challenges.”