“We urge the EPA to take into account its own findings and address the urgent need to protect clean water from fracking’s harms,” says Environment America 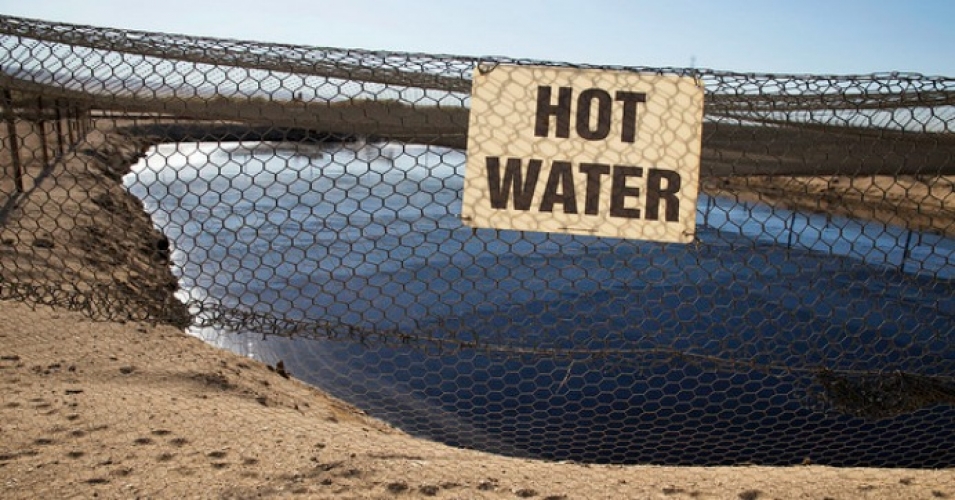 An unlined fracking wastewater pit in the “Petroleum Highway” of Central California. (Photo: Faces of Fracking/flickr/cc)

The Environmental Protection Agency (EPA) confirmed on Tuesday that hydraulic fracturing, or fracking, contaminates drinking water—but claimed a lack of information makes it impossible to determine how widespread the risks are.

In a final report issued Tuesday, Hydraulic Fracturing for Oil and Gas: Impacts from the Hydraulic Fracturing Water Cycle on Drinking Water Resources, the EPA removed a finding included in a 2015 draft which indicated that fracking did not cause “widespread, systemic” harm. Fossil fuel industry lobbyists had praised that version of the draft—which also received misleading media coverage—claiming it vindicated the controversial drilling method that involves shooting chemical-laden water into shale rock at high pressure to release the gas trapped underneath.

And although Tuesday’s report stops short of making declarative statements about the severity or frequency of the impacts of fracking, environmental advocates say the confirmation that it contaminates water is enough. Green groups had accused the White House of inserting the now-removed clause, noting that President Barack Obama supports fracking as part of his “all of the above” energy policies.

The EPA’s own Science Advisory Board in August demanded a revision of the 2015 report, stating it was “lacking in several critical areas.”

“The EPA has confirmed what we’ve known all along: fracking can and does contaminate drinking water. We are pleased that the agency has acted on the recommendations of its Science Advisory Board and chosen be frank about the inherent harms and hazards of fracking,” said Wenonah Hauter, executive director of the environmental group Food & Water Watch. “Today the Obama administration has rightly prioritized facts and science, and put public health and environmental protection over the profit-driven interests of the oil and gas industry.”

Actor and activist Mark Ruffalo, who is on the advisory board of the American Against Fracking coalition, also said, “At last the EPA confirms what independent science has overwhelmingly determined for years, that drilling and fracking contaminate drinking water. Across the country, Americans have had their lives turned upside down as fracking has poisoned the water coming out of their faucets and has made their families sick. Now all of our federal and state elected officials need to take action to protect Americans by banning fracking. Water is life.”

Evidence that fracking contaminates water has been circulating for years, particularly in shale-heavy states like Pennsylvania. The Pittsburgh-based independent outlet Public Herald found evidence of water contamination in 2,309 citizen complaints from 17 of 40 shale counties in the state.

Rachel Richardson, director of Environment America’s Stop Drilling Program, said Tuesday, “EPA’s report confirms what experts and the science show: that fracking operations put our drinking water at risk. That families from Colorado to Pennsylvania have had their water contaminated from fracking should be evidence enough, but today’s report confirms: fracking puts our water at risk.”

The EPA’s flawed 2015 conclusion “dominated media coverage and was used as fodder by fracking proponents to excuse a practice that increases pollution and puts out communities at risk,” Richardson said. “We urge the EPA to take into account its own findings and address the urgent need to protect clean water from fracking’s harms.”

Greenpeace researcher Jesse Coleman added, “The EPA’s final report on impacts of fracking on groundwater has concluded what too many Americans already know from personal experience: Fracking has caused lasting harm to drinking water sources throughout the country. The most important findings from this study is that drilling, fracking, and the use of hazardous chemicals necessary to frack have caused groundwater contamination. This puts to rest the widely repeated lie that fracking is ‘safe’ and has never caused drinking water contamination.”