Crisis didn’t just begin with Trump, says Massachusetts senator, “because for years and years and years, Washington has worked just great for the rich and the powerful, but far too often, it hasn’t worked for anyone else” 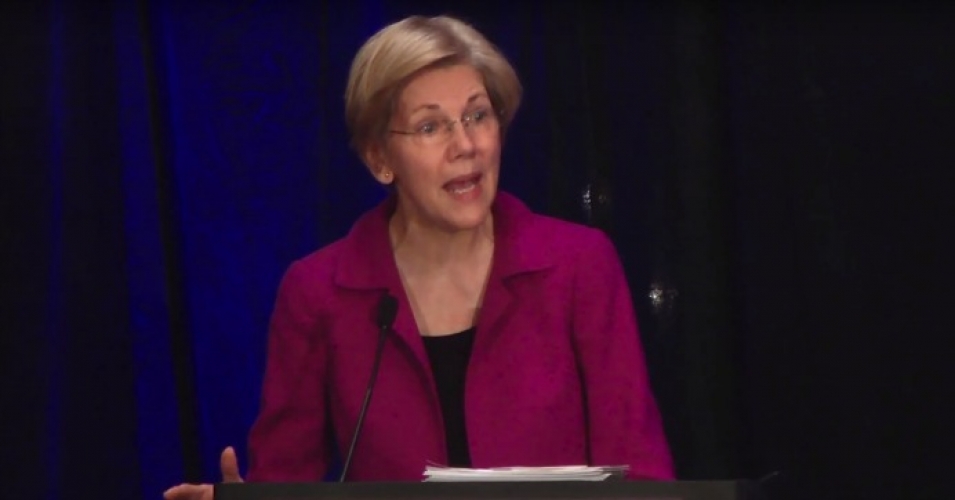 Speaking to members of the Congressional Progressive Caucus on Saturday, Sen. Elizabeth Warren (D-Mass) delivered a searing critique by telling her fellow Democrats that the party should not let themselves “off the hook” when it comes to explaining horrific reality of President Donald J. Trump.

In order to defeat Trump and take on the Republicans, she said, Democrats can no longer play it safe or cozy up to powerful interests at the expense of everyday concerns and the needs of working people.

Though one of Trump’s most aggressive critics anywhere, Warren said that she recognizes, and understands, why many hard-hit and working-class voters who once voted Democratic cast their ballot last year for a billionaire reality television star who vowed to shake up the system.

“People don’t just wake up one day,” she said, “and elect leaders like Donald Trump because ‘Hey, everything is awesome, but what the hell, let’s roll the dice and make life interesting.'”

As the Republicans pushed further and further to right in recent decades, Warren continued, it must be admitted that Democrats “have been unwilling to get out there and fight.”

But those days, Warren said, must now be over.

“We are not the minority party,” declared Warren. “We are the opposition party.”

This work is licensed under a Creative Commons Attribution-Share Alike 3.0 License
Editorial note:  We urge all of you to watch the entire speech and think about what values you represent, and what values you want us as a country to represent.