But “state and local governments and law enforcement have broad authority under the Constitution to not participate in federal immigration enforcement,” says New York’s attorney general 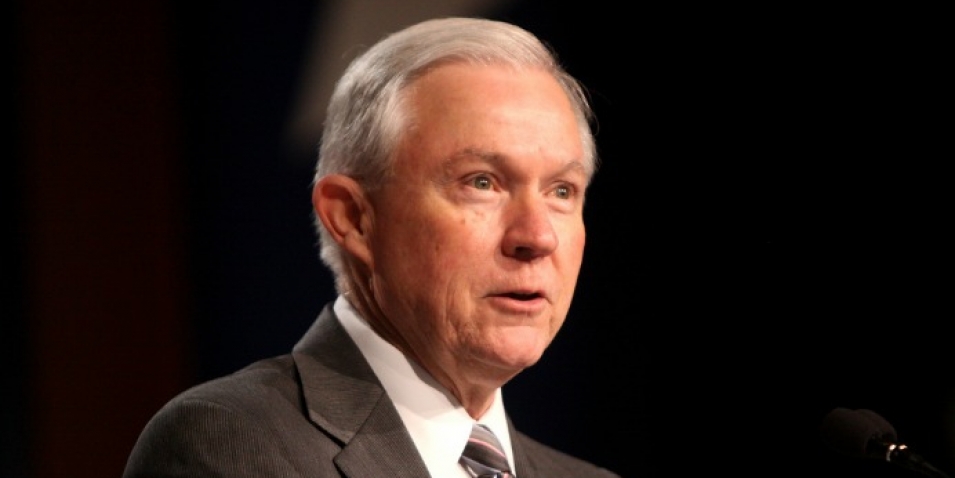 U.S. Attorney General Jeff Sessions on Monday took aim at sanctuary cities, saying such communities must end and that his Department of Justice would deprive them of federal grants—a move that prompted the New York attorney general to vow his continued resolution in resisting the Trump administration’s “draconian policies.”

“Such policies cannot continue. They make our nation less safe by putting dangerous criminals back on the streets,” he said during a White House press briefing.

“We intend to use all the lawful authorities we have to make sure our state and local officials … are in sync with the federal government,” Sessions said.

Existing grants, he added, could be “clawed back” from such cities.

The announcement is in line with a January executive order that Trump signed shortly after taking office that directed the attorney general and the Homeland Security secretary to withhold such federal funds.

“There is a question about whether the federal government could withhold a wide array of federal funds from cities over their sanctuary status and still survive a legal challenge,” as TIME notes.

Sessions’ statement comes amidst a broad immigration crackdown on the part of the Trump administration.

Last week, for example, the administration released its first Declined Detainer Outcome Report, which lists jurisdictions not complying with a deportation request by Immigration and Customs Enforcement. That document was swiftly decried as “part of an overall strategy to try to scare jurisdictions into becoming deportation agents.”

According to Lawyers’ Committee for Civil Rights Under Law president and executive director Kristen Clarke, “Attorney General Jeff Sessions seeks to create a police state in which local and state law enforcement are acting at the behest of the federal government to round up immigrants in communities across the country.”

“Cities seeking to comply with the Constitution and protect immigrant communities should be able to do so without heavy-handed threats from the federal government. We will continue to stand up against this administration’ actions that promote unlawful profiling and xenophobia,” she added.

Sessions’ announcement also drew the ire of New York Attorney General Eric T. Schneiderman, who said, “Despite what Attorney General Sessions implied this afternoon, state and local governments and law enforcement have broad authority under the Constitution to not participate in federal immigration enforcement.”

“As my office’s legal guidance makes clear, President Trump lacks the constitutional authority to broadly cut off funding to states and cities just because they have lawfully acted to protect immigrant families,” he said.

Negating Sessions’ argument, Schneiderman added, “Public safety depends on trust between law enforcement and those they bravely serve; yet, again and again, President Trump’s draconian policies only serve to undercut that trust.”

“My office will continue to ensure local governments have the tools they need to legally protect their immigrant communities—and we won’t stop fighting to beat back President Trump’s un-American immigration policies,” his statement adds.