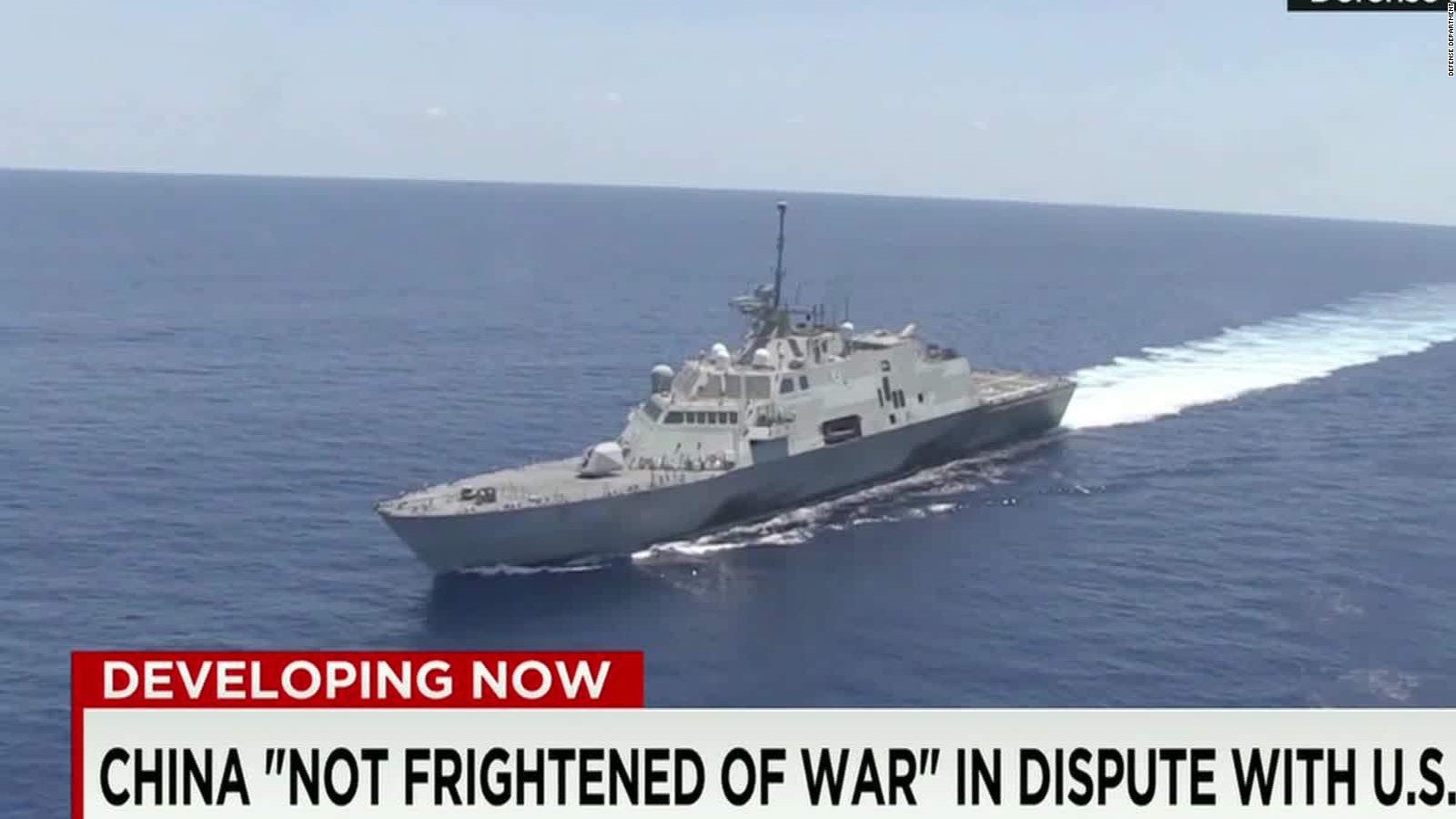 Sticking to the mainstream narrative that China is an aggressor in claiming sovereign rights to the majority of the South China Sea, Pentagon spokesman Commander Gary Ross says the new images confirm what the U.S. military already knows.

“China’s continued construction in the South China Sea is part of a growing body of evidence that they continue to take unilateral actions which are increasing tensions in the region and are counterproductive to the peaceful resolution of disputes,” he told Reuters.

China, as it has repeatedly, downplayed this notion and stuck to the position that it’s simply erecting defensive infrastructure within its own borders, as would any nation.

“As for China deploying or not deploying necessary territorial defensive facilities on its own territory, this is a matter that is within the scope of Chinese sovereignty,” Foreign Ministry spokeswoman Hua Chunying said at a press briefing Tuesday.

Despite comments such as these — and the very real fact that China hasn’t actually invaded anyone — the corporate media jumped on the news of the new images.

Forbes, for instance, ran a piece that essentially listed all the reasons why China is a really bad actor in the region, and CNN talked to analysts who explained how the military buildup on the artificial islands will be gradual as China continues to exert its authoritarian influence over neighboring countries.

That’s the narrative. Believe as you will.

But the reality of the situation in the South China Sea — all geopolitical analysis aside — is that there’s about to be a hell of a lot of military hardware in those waters.

As Anti-Media has been reporting, U.S. forces are already in the region, taking part in joint drills with ally South Korea that will last until the end of April. Then, at the beginning of May, Japan — another U.S. ally — will sail its navy’s most powerful warship through the South China Sea on a three-month tour.

That means that just as the joint drills with South Korea end — which, incidentally, units from Delta Force, the Navy SEALS and Army Rangers are taking part in — Japan will shove off a warship aimed at waters claimed by China.

If that timing seems a little curious, also consider that the U.S. just deployed its Terminal High Altitude Area Defense (THAAD) missile system in South Korea, which both China and Russia cared none too much for.

With China showing no signs of backing away from its stance in the South China Sea — both ideologically and physically —  and with the corporate media willing and eager to push the “evil China” narrative that the U.S. military appears hell-bent on capitalizing on, it appears the long-dreaded collision course with China may, indeed, be not far off on the horizon.