“The true depth of the administration’s unswerving commitment to an especially savage version of corporate capitalism is now, as we approach the first 100 days under the Trump administration, utterly clear.” 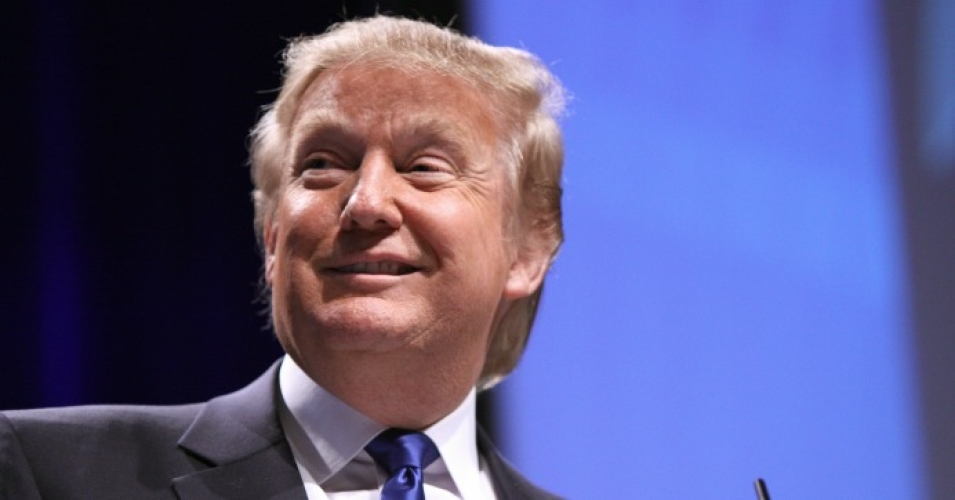 President Donald Trump “has gleefully signed measures making it easier for coal companies to pollute streams and rivers; authorizing Big Oil to hide payments to developing country governments; erasing obligations for government contractors to ensure the safety and health of their employees; and making it possible for cable and Internet providers to collect and sell our most personal information,” observed Public Citizen president Robert Weissman. (Photo: Gage Skidmore/cc/flickr)

President Donald Trump approaches his 100th day in office the most unpopular U.S. leader in modern history for a reason.

Exacerbating his failure to uphold his populist campaign promises, a new report found that Trump spent the majority of his presidency enriching his own business empire while appointing fellow “corporate cronies” at the highest levels of government leading to what Public Citizen describes as “an unprecedented corporate takeover.”

Published on Monday, For-Profit President (pdf), chronicles each day of Trump’s tenure thus far and what actions or appointments were made that either enriched his private business empire, placed the importance of “profits before people,” or highlighted the “corporate takeover” of government—despite candidate Trump’s repeated pledge to “drain the swamp.”

Case in point, on Day 12 of his presidency, Trump met with a group of Big Pharma CEOs. Public Citizen reports:

Despite previous tough talk against  the industry—he said they were “getting away with murder” and called for lowering  prices—the primary takeaway from Trump’s meeting with pharma executives, including  from Amgen, Celgene, Eli Lilly, Johnson & Johnson, Merck, Novartis and the industry  group PhRMA, is the president’s pledge to cut taxes and eliminate public protections in order to speed up approvals.

He told the CEOs he would eliminate 75 to 80 percent of Food and Drug Administration regulations, a promise that, if fulfilled, would make the agency too weak to fulfill its mission of protecting patients and consumers and ultimately result the deaths and injuries to innumerable Americans.

According to the day-by-day calendar, even Trump’s many weekends spent at the so-called “winter White House” in Palm Beach, Florida do not provide a respite for the American people.

For example, on Saturday, February 18 or Day 30, the president “kick[ed] off his 2020 campaign with a rally near his Mar-a-Lago resort,” according to the report.

The consumer rights group notes that the “wealthy members of Mar-a-Lago have an unprecedented degree of access and influence with the President of the United States. Members include fossil fuel billionaire William Koch, the lesser-known brother of the more politically active Charles and David Koch, electronic trading billionaire Thomas Peterffy, and various corporate executives.”

Public Citizen filed that day’s event under both “corporate takeover” and “enriching private business.” (Notably, on Day 6 of the presidency, the resort “doubled its initiation fee to $200,000.”)

Exemplifying “profits before people,” on Day 55, Trump ordered a review of the Environmental Protection Agency’s fuel efficiency standards, which was done “in apparent response to direct lobbying by the automobile industry.”

“America has never seen anything like this,” declared Public Citizen president Robert Weissman in a column on Monday. “The corporate capture began at the same moment as the Trump presidency,” Weissman observed, adding that “its been downhill since then.”

Touching upon many of the more egregious actions outlined in the report, Weissman noted that Trump’s pro-corporate capstone appears to be his swift rollback of public health, labor, and environmental regulations. He wrote:

Trump has eagerly signed into law a series of deregulatory measures to undo Obama administration achievements, using an obscure legislative vehicle known as the Congressional Review Act. Industries that have collectively spent more than $1 billion on lobbying and campaign contributions have seen their investments pay off many times over. Trump has gleefully signed measures making it easier for coal companies to pollute streams and rivers; authorizing Big Oil to hide payments to developing country governments; erasing obligations for government contractors to ensure the safety and health of their employees; and making it possible for cable and Internet providers to collect and sell our most personal information. It’s hard to imagine there’s anyone in the United States, not connected to Comcast, Verizon or another telecom company, who favors giving the telecoms the right to traffic in our personal data.

Leaving aside confirmations, these Congressional Review Act regulatory repeals are, by far, the most significant legislative action during Trump’s term.

Report author Rick Claypool, who serves as research director for the group’s President’s Office, notes in the introduction that planning for the corporate power grab began long before the inauguration. During Trump’s transition, the so-called “beach head teams” were stacked with “corporate-connected staff” who swiftly transferred power to Trump’s cabinet, who Claypool describes as “a selection of CEOs and corporate-backed Republican officials who constitute and unprecedented corporate cabinet.”

Nonetheless, Claypool adds, “the true depth of the administration’s unswerving commitment to an especially savage version of corporate capitalism is now, as we approach the first 100 days under the Trump administration, utterly clear.”