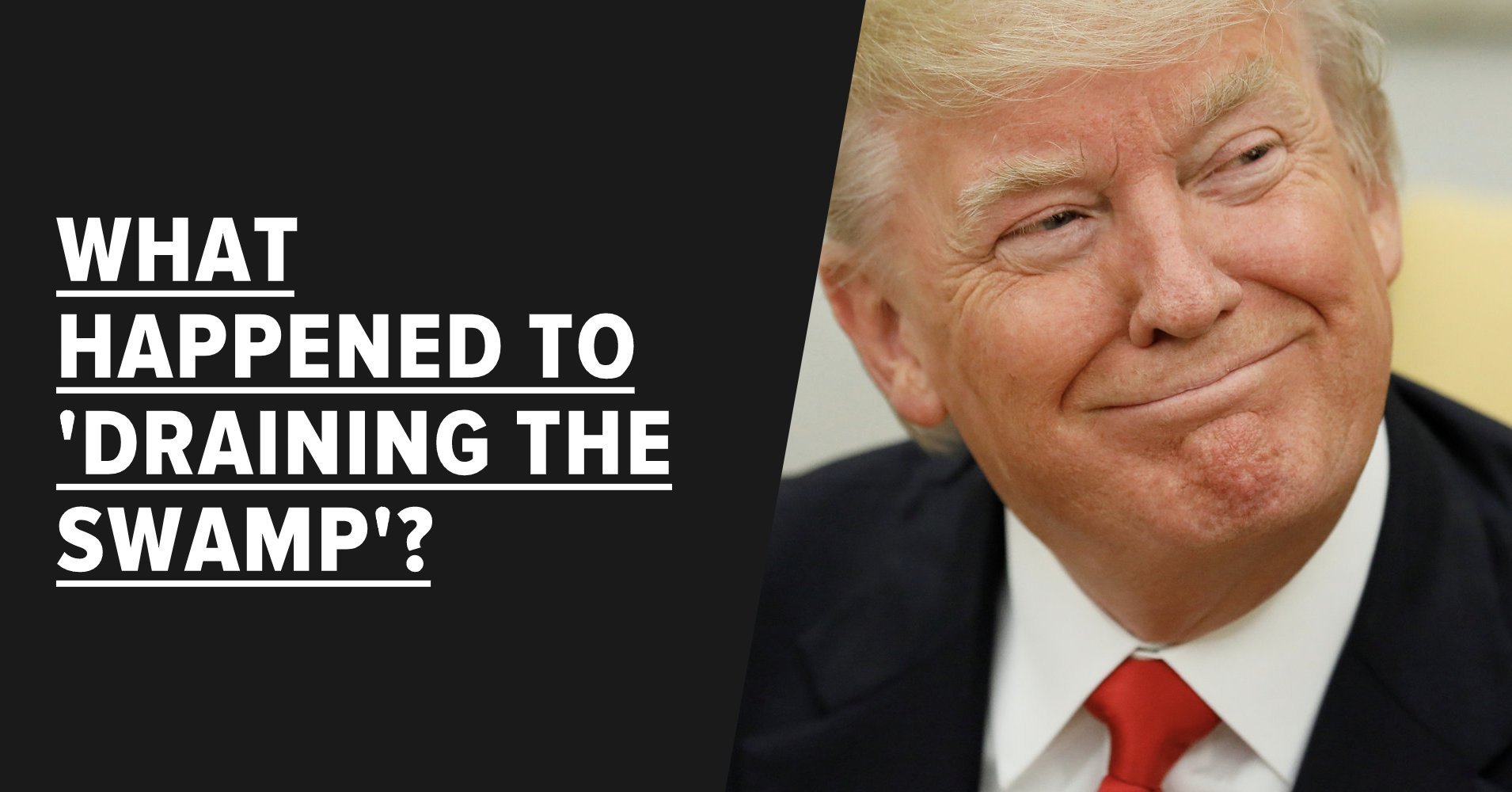 Candidate Donald Trump’s pledge to “drain the swamp” was apparently made with a slew of caveats, which were exposed late Wednesday when the White House posted details of ethics waivers granted to at least 16 senior staff members.

Among the notice (pdf), which detailed 14 different waived ethics rules, are provisions granting lobbyists from some of the most contentious industries the freedom to influence policy making in those very same arenas.

Michael Catanzaro, a former lobbyist for the oil and gas industry, was granted approval to work on “energy and environmental policy issues” including the Clean Power Plan, the Waters of the United States rule, and other environmental regulations, Politico‘s Josh Gerstein reported.

Tax policy adviser Shahira Knight, who previously served as an executive at Fidelity Investments, was given approval to deal with “tax, retirement, and financial services issues,” despite the fact that “she’d previously lobbied on those topics,” as Gerstein noted.

Another waiver was granted to Andrew Olmem, who now serves as a special assistant to the president for financial policy after years of lobbying the government on behalf of a number of financial and insurance firms. His waiver allows for him to work on a variety of finance-related issues.

“The ethics waivers the White House finally released reveal what we already suspected: that this administration is chock full of senior officials working on issues on which they lobbied, meeting with companies in which they have a financial interest, or working closely with former employers,” said Noah Bookbinder, executive director of Citizens for Responsibility and Ethics in Washington (CREW).

“Looks like the end of the drain the swamp illusion,” the pro-transparency group quipped on Twitter following the late-night data release.

While some waivers were granted to specific senior staff members, such as senior spokesperson Kellyanne Conway and White House chief of staff Reince Priebus, others are more broad.

For instance, one alleging to be a blanket, retroactive waiver allows all Trump appointees to “participate in communications and meetings with news organizations regarding broad policy matters,” which was seemingly issued to address conflicts with chief strategist Steve Bannon maintaining relations with Breitbart News.

However, as CREW observed, a retroactive ethics waiver is “only an admission of guilt.”

What’s more, attorneys formerly with the law firm Jones Day, including White House counselor Don McGahn, were issued permits allowing them to discuss matters with the firm related to Trump and his presidential campaign, which is currently facing allegations of election meddling.

The waivers reveal an extensive effort to work around Trump’s own January executive order which barred members of the executive branch for two years from participating in matters or with parties “directly and substantially related to [a] former employer or former clients, including regulations and contracts.”

And as many pointed out, it took just months for Trump to issue as many ethics waivers as former President Barack Obama did over his entire two terms in office.

“No one has believed for months that this president or his administration had any interest in ethics, but these waivers make clear the remarkable extent to which they are comfortable mixing their own personal interests with the country’s,” Bookbinder added. “It’s no wonder they waited for the cover of night to release them.”