“President Trump and his administration can claim to oppose discrimination all they want, but actions speak louder than words,” said Sen. Patty Murray (D-Wash.) 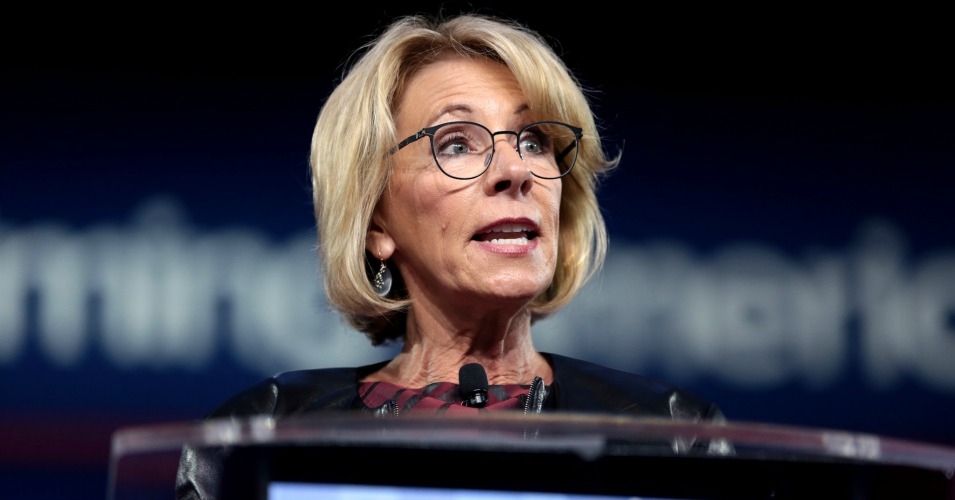 In a move decried as “more evidence of backward thinking” by the Trump administration, an internal memo from the Department of Education’s office for civil rights lays out the agency’s plan to roll back investigations into civil rights violations at public schools and diminish Obama-era rules requiring “schools and colleges to overhaul policies addressing a number of civil rights concerns,” the New York Times reported on Friday.

According to the memo, “requirements that investigators broaden their inquiries to identify systemic issues and whole classes of victims will be scaled back,” the Times noted. “Also, regional offices will no longer be required to alert department officials in Washington of all highly sensitive complaints on issues such as the disproportionate disciplining of minority students and the mishandling of sexual assaults on college campuses.”

The directive, first published by ProPublica, was met with outrage from civil rights groups and activists, who portrayed it as part of a larger effort by President Donald Trump to undercut anti-discrimination provisions in public schools and dismantle laws that protect students from gender- and race-based abuse.

“It’s really a way of curtailing the way civil rights enforcement should be handled,” Catherine Lhamon, head of the United States Commission on Civil Rights and former chair of the Education Department’s civil rights office, told the Times, adding that the administration’s proposals are “stunning” and “dangerous.”

“It’s literally a stick your head in the sand approach,” Lhamon concluded.

ProPublica‘s Jessica Huseman and Annie Waldman, bolstering the claims of civil rights advocates, highlighted a pattern of Trump administration actions that appear to be bent on incapacitating agencies responsible for enforcing laws designed to protect minorities from systemic abuses:

Elsewhere, Trump administration appointees have launched similar initiatives. In its 2018 fiscal plan, the Labor Department has proposed dissolving the office that handles discrimination complaints. Similarly, new leadership at the Environmental Protection Agency has proposed entirely eliminating the environmental justice program, which addresses concerns that almost exclusively impact minority communities. The Washington Post reports the plan transfers all environmental justice work to the Office of Policy, which provides policy and regulatory guidance across the agency.

Sen. Patty Murray (D-Wash.) said in a statement the steps outlined by the Department of Education render the Trump administration’s insistence that it will prioritize civil rights entirely hollow.

“President Trump and his administration can claim to oppose discrimination all they want, but actions speak louder than words,” she said. “Everything they are doing is making it clear that they want to defang and weaken the federal government’s tools to protect the civil rights and safety of people across the country.”

Shorly after the Department of Education’s memo was published, yet another internal memo, obtained by the Washington Post, indicated the department would similarly scale back investigations into encroachments on the rights of transgender students.

The directive, the Post noted, “makes clear that lawyers may decide to dismiss complaints related to the polarizing issue of transgender students’ access to school bathrooms.”

The American Civil Liberties Union (ACLU) and the Leadership Conference on Civil and Human Rights both issued statements condemning the strategy outlined in the memo as “shameful” and “mean-spirited.”

Reporting on the Education Department’s plans comes just days after the bipartisan and independent U.S. Commission on Civil Rights, citing Education Secretary Betsy DeVos’s “repeated refusal” to seriously commit to enforcing civil rights provisions in public schools, announced (pdf) it would be conducting a two-year investigation into the Trump administration’s “proposed budget cuts to and planned staff losses in numerous programs and civil rights offices across the federal government.”

“Along with changing programmatic priorities, these proposed cuts would result in a dangerous reduction of civil rights enforcement across the country,” the commission concluded, “leaving communities of color, LGBT people, older people, people with disabilities, and other marginalized groups exposed to greater risk of discrimination.”

Since her confirmation as education secretary, DeVos has been criticized for her “devotion to right-wing ideology,” “disregard for public education,” and “ignoran[ce] of federal law, federal programs, and federal policy.”