45 percent of Republicans favor giving courts the power to shutter “biased” media outlets—a number commentators argued should be “scary for anyone concerned about the future of American democracy.” 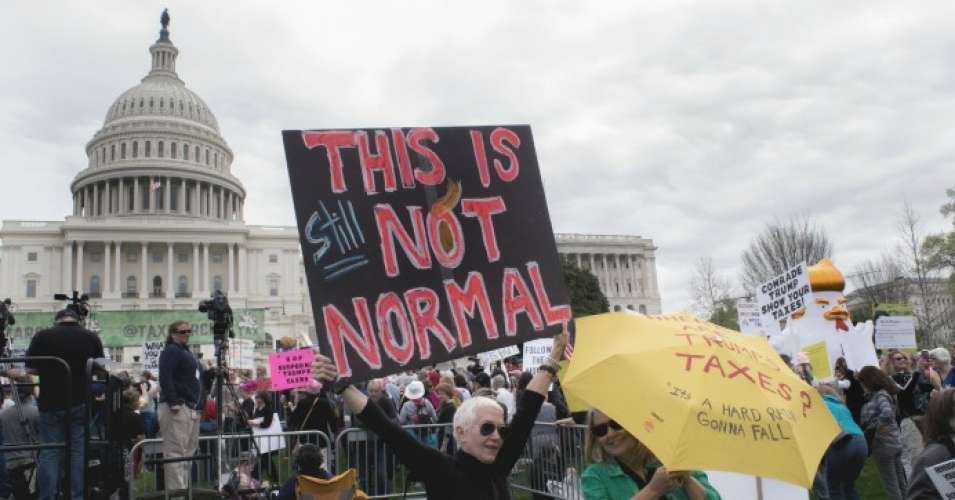 “This poll seems to show one way how Donald Trump’s norm breaking is trickling down and shaping the opinions of rank-and-file Republicans,” said Will Jordan of the Global Strategy Group. (Photo: Majunznk/Flickr/cc)

As the Trump administration continues to make headlines for its attacks on the press and its attempts to prevent journalists from adequately covering White House press briefings, a recent YouGov/Economist poll (pdf) found that 45 percent of Republicans support giving courts the power to shut down “biased” media outlets—a result commentators argued should be “scary for anyone concerned about the future of American democracy.”

During his presidential campaign, Donald Trump repeatedly pilloried specific journalists and the news media more broadly; at one point he suggested that the First Amendment gives the press “too much freedom.” He has also continued to label the press “the enemy of the American people.”

It appears that his view of the media is shared by many rank-and-file members of his party.

Analysts argued that these results clearly indicate that Trump’s hatred of the media is moving more Republicans to view freedom of the press as an obstacle to be overcome, rather than as a necessity.

“There’s a lot of evidence to suggest that on a wide range of issues, an individual’s party identification tends to drive attitudes rather than the other way around,” Will Jordan, a poll analyst at the Global Strategy Group public affairs firm, told Vox. “This poll seems to show one way how Donald Trump’s norm breaking is trickling down and shaping the opinions of rank-and-file Republican.”

“This data certainly suggests that Trump is eroding conservatives’ support for the First Amendment,” concluded Eric Levitz of New York Magazine, “even as some of his most fervent supporters cast themselves as champions of ‘free speech.'”

This work is licensed under a Creative Commons Attribution-Share Alike 3.0 License
Editorial Comment:
As a journalist, I am acutely aware of how dangerously close we are sliding toward the elimination of the 4th estate. Since this nation was founded, journalists and reporters are the watchdogs that ensure the checks and balances of power and governance are working.
I was startled into this harsh new reality shortly after the election when people began wearing shirts sporting the expression, “A journalist, A rope and a Tree. Some Assembly Required,” as if lynching of reporters is an acceptable practice.
This is not normal. It is not even fathomable that a president who has taken an oath to uphold the Constitution of the United States proclaims the First Amendment to be outdated, limiting and in need of court intervention, is even allowed to continue serving without censure.
There was a time when Americans would have rejected all of this. That was during the same time that we knew our neighbors, welcomed foreigners coming here for a new life and took comfort when our evening news would tell us we were in tough spots, but things would be okay. Those days are long gone, unless we decide to get off our couches, our devices and our comforts and defend what has always been our First Amendment rights.