After 9/11 the world discovered that there was the O’Odham nation, which is the second largest reservation in the United States after the Navajo. These reservations are considered concentration camps of the indigenous people in the United States. Our traditional lands are divided into different political boundaries. Less than one-third of our lands are now cordoned off, like a concentration camp.

We have three main roads that exit our reservation. Each of those exits have a border patrol checkpoint. We have to declare what citizens we are, on our own lands – whether we’re US citizens or Mexican citizens. I have resisted throughout my life, so I always say I am O’Odham, and we’re on O’Odham land. I receive different responses to that. Sometimes I’m pulled into a secondary checkpoint and held there for hours, and have a drug-sniffing dog put into my car.

There are different attacks on our people. My young friend who’s travelling with me today, I remember his mother was nursing a baby. She was laying on a mat on the floor when border patrol came into the house, and instead of looking elsewhere – they were looking for undocumented people – they shined their flashlight at her breast. What kind of human does that to another human to try to degrade them, in a way that is inhuman?

One of the things that happened to me was when they held a gun to my head and asked me to say whether I was a US citizen or Mexican citizen in front of my daughter and my grandson. It had a traumatic effect on my grandson for many years. The little boy used to run around making a pistol with his fingers, because that’s what he saw that day. There are different extreme acts of violence and extreme aggression that have happened to not just me, but to every single person on the reservation where I come from.

Ophelia: I only know about the conditions where I live. We don’t have the resources to travel to the other places to interact with the other groups of people that are along the border. But I do know they exist and I do know that they are probably facing the same problems. It’s the government’s system to divide us from each other, to prevent us from connecting and building solidarity against these kinds of invasions.

We are looked at as undocumented people. We’re always suspected of being drug traffickers or human traffickers. Whenever we move out of our yards, or down the road if we have a vehicle, we are stopped and interrogated by the border patrol. There are so many degrees of invasion of our rights as citizens. I don’t know where to begin. Many organisations have attempted to document abuses, but it seems the government does not really want to engage with that. Because we’re just Indians.

Before we were invaded they declared us to be sub-human. They removed skulls from graves, so they could measure our skulls to see what kind of humans we were. We were not the supreme human, whatever that is. There’s so much disregard and disrespect to the people. Absolutely no acknowledgement of our rights. Even if we wanted to say we are US citizens, we do not have any rights.

We live on the border and we look, I guess, like undocumented people. And we are treated as such. We have to show proof of our US citizenship if we walk out into our yards. There’s an old woman and her daughter that pick Samara fruit, and that happens every year, and the border patrol came and sat on top of their truck. They watched them through their binoculars, and through the scopes on their weapons. They watched them as they walked all the way, and when they were just about to get into their yard they were stopped and asked for documents. That is what happens to us. Even if we are just out on the land, we are stopped and asked for documents.

When we cross the border for ceremonial reasons, we can easily cross into Mexico without a problem. We go to our ceremony site, which happens to be in Mexico. But when we cross back, we have medicine bundles that are only handled by ceremony men. But they’re handled by the customs. They’re taken apart and they’re handled, which kind of defeats the purpose of the ceremony. It’s a sacred ceremony, and those sacred items are renewed and blessed every year, and to be handled by the border patrol is not good for the entire people.

Ophelia: Absolutely. One time they held the ceremony leaders in detention with the bundle, until a tribal government official came to verify that they were tribal members. That happens to us all the time. It has a great number of effects and causes a lot of trauma of the people. The young people, of course, are moving into town and forgetting about the language. They’re not helping the elders with their daily lives. Some people live really simply. Myself, for instance. I need somebody to chop the firewood, and where are the young people to help with that? 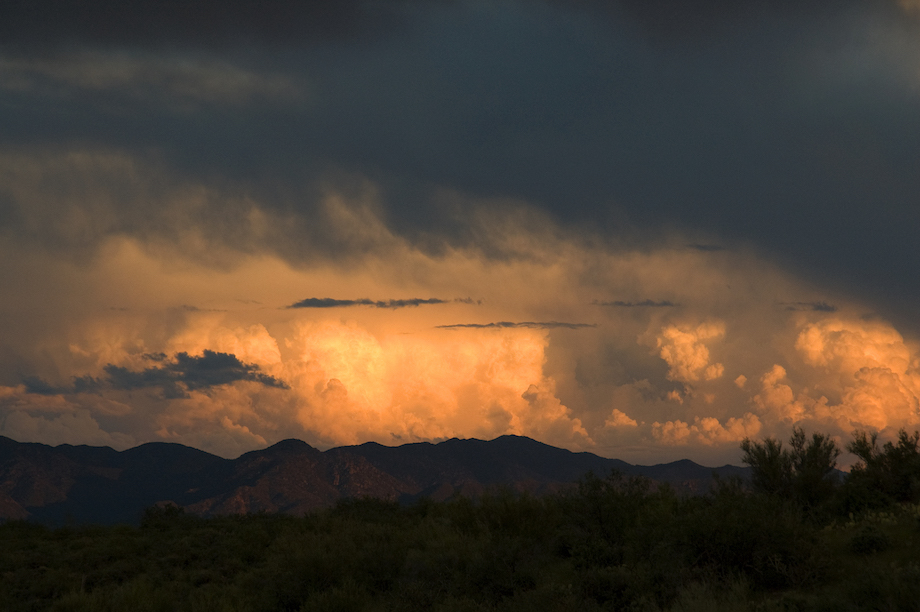 At 12 years old I was sent to a Bureau of Indian Affairs boarding school. I don’t know how far Nevada is from Arizona, but that’s how far I was sent to go to high school. That kind of forced assimilation by the system is something the United States government has been involved in long term. They send us to boarding school to indoctrinate us into the American way of life. Some people have really followed that way, and some people, like myself, have resisted. I resist with my language, all the time talking my language and not conforming to the American way of life.

I think that what’s most important is that we are surviving. After all of these atrocities that have happened to our people we are still strong, we’re still continuing our ceremonies. Some of us still know the songs to the mountains that bring us energies and empower our people on our land to continue that way. All people are impacted in different ways, but we’ll all survive as original peoples.

Ophelia Rivas is part of O’Odham VOICE against the WALL.

Neil Howard is an academic activist based at the Institute of Development Policy and Management at the University of Antwerp. His research focuses on unfree labour, and on the workings of the policy establishment as it seeks to respond. Follow him on twitter @NeilPHoward.