“The end of DACA would rip apart families, instill fear in communities, make our nation less safe, and hurt our economy.” 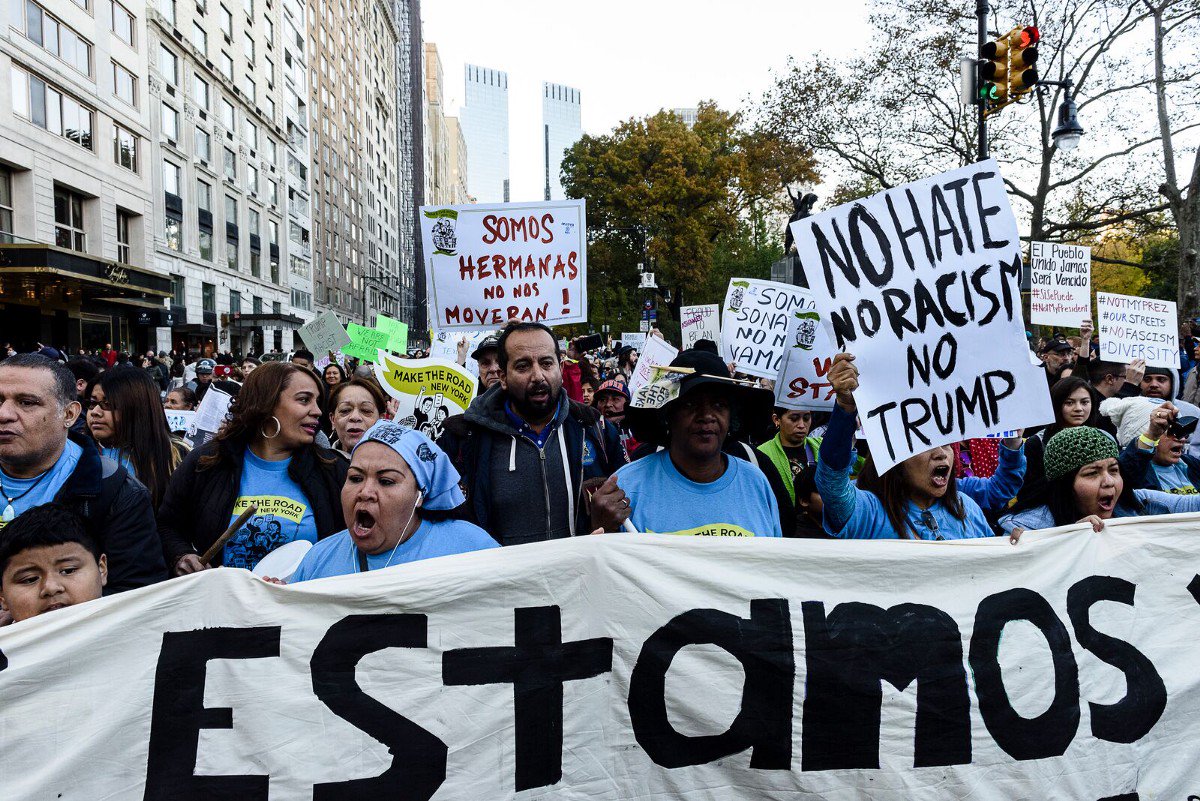 Following reports that President Donald Trump would end the Deferred Action for Childhood Arrivals (DACA) as early as Friday, immigrant rights activists and supporters of the program reacted with immediate outrage and promises to oppose the president if he makes such a move.

The end of #DACA would rip apart families, instill fear in communities, make our nation less safe, and hurt our economy.

If you end DACA, we will make your life impossible.

Signed,
The 5 million who marched on January 21st#DefendDACA

DACA, established under former President Barack Obama, allows undocumented immigrants who came to the U.S. as children—known as Dreamers—to apply for temporary but renewable relief from deportation, and to apply for work permits.

The reports indicated that Trump may allow DACA recipients with work authorizations through the program to stay until those permits expire.

When questioned about the status of DACA at a press conference on Thursday afternoon, following the reports, White House Press Secretary Sarah Huckabee Sanders told reporters that a “final decision on that front has not been made.”

In recent weeks, thousands have turned up for demonstrations organized by immigrant rights groups and supporters, in response to a threat from 10 state attorneys general, led by Ken Paxton of Texas, to legally challenge the program if the president doesn’t end it by September 5.

“The White House certainly could ignore the deadline imposed by the states threatening to sue, and instead leave the issue to the courts or Congress,” McClatchy reports, “but his advisors are urging Trump to take the reins.”

There is notable support for DACA nationwide. According to poll by NBC News and SurveyMonkey published on Thursday, 64 percent of Americans support preserving the program.

A coalition of 1,850 U.S. politicians, law enforcement officers, and faith leaders—including at least five state attorneys general, eight governors, 130 mayors, and 230 state legislators—have signed a letter in support of the program, recognizing Dreamers and the nearly 800,000 DACA recipients’ “enormous role in our communities and families, and their contributions to our schools, workplaces, and shared prosperity as a nation.”

Following the reports Thursday, advocates of the program expressed alarm, but urged supporters to continue pressuring the president to keep DACA:

Extremist politicians have threatened to end #DACA as soon as September 5th.

Just to be clear: ending #DACA & subjecting 800,000 DREAMers to deportation is about advancing a white supremacist agenda. Nothing more.

As an immigrant and someone who worked to help pass DACA, attacks on DREAMers are personal. Immigrants make our country strong. #DefendDACA pic.twitter.com/D0LICzGsLx

To the #DREAMERS: You are the “American Dream.” You are our future. People need to see that what you want is a fighting chance. #DefendDACA

DREAMers make us stronger as a nation and contribute to our economy. 800,000 young people need our help. #DefendDACA pic.twitter.com/YnPm5djVZg