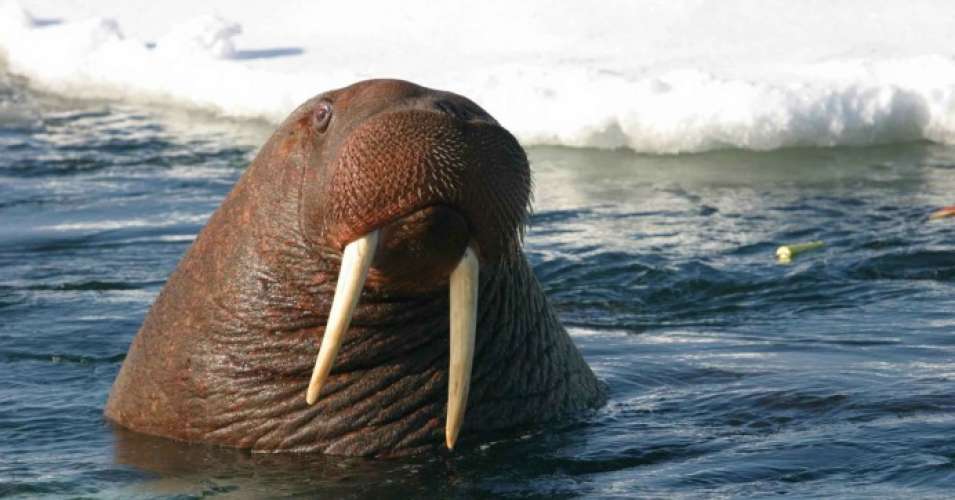 The Pacific walrus is one of 25 species the Department of the Interior denied to list as endangered on Wednesday. (Photo: Joel Garlich Miller/U.S. FWS/Pixnio)

The department’s agency charged with evaluating such petitions, the U.S. Fish and Wildlife Service (FWS), released a report (pdf) detailing why it denied each request, asserting that FWS staff had conducted “a thorough review of the best available scientific and commercial information.”

Experts and animal rights advocates, however, were alarmed by the decision.

“This is a truly dark day for America’s imperiled wildlife. You couldn’t ask for a clearer sign that the Trump administration puts corporate profits ahead of protecting endangered species,” said Noah Greenwald, endangered species director at the Center for Biological Diversity (CBD), vowing that his group will “challenge as many of these bogus findings as we can.”

The species that were denied ESA protections on Wednesday are:

“Denying protection for these 25 species despite the imminent threat of climate change and ongoing habitat destruction is typical of the Trump administration’s head-in-the-sand approach,” added Greenwald.

A Guardian piece published Wednesday highlighted the administration’s denial to list as endangered the Pacific walrus, which “wipes out a FWS finding in 2011, under Barack Obama’s administration, that the walruses were imperiled by climate change and should be protected under the Endangered Species Act. A listing didn’t take place at the time because the agency considered other at-risk animals to be of greater priority.”

“This disgraceful decision is a death sentence for the walrus,” said CBD climate science director Shaye Wolf. “Walruses face extinction from climate change, and denying them critical protections will push them closer to the edge.”

“The Trump administration’s reckless denial of climate change not only harms the walrus and the Arctic,” Wolf continued, “but puts people and wildlife everywhere in danger.”

The denials were released as the House Committee on Natural Resources, led by Rep. Rob Bishop (R-Utah), approved legislation that CBD warns “would hamstring the Endangered Species Act and condemn hundreds of species to extinction.”

The proposals would amend how the government decides which animals to list as endangered by forcing consideration of the economic costs of protecting certain species, and elevating scientific analysis submitted by state or local government, even when more accurate information is available. They would also limit the ability of citizens to file lawsuits regarding the ESA; limit protections for “exotic game species”; and remove protections for gray wolves in the western Great Lakes region. Now, these bills canadvance to the House floor for further consideration.

This work is licensed under a Creative Commons Attribution-Share Alike 3.0 License
Editorial comment: In related news, Scott Pruitt is planning to repeal the Clean Power Plan.