“No good can come of this plan unless you are wealthy or a corporation.” 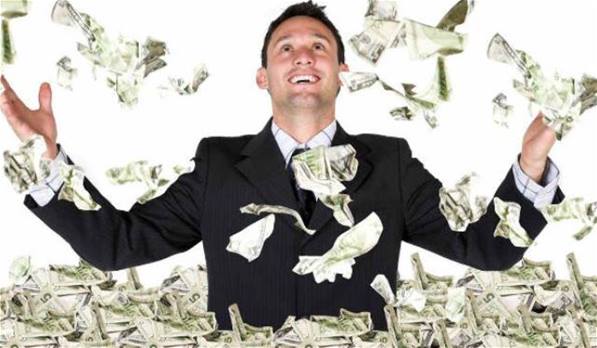 While informed critics and experts say they are now “running out of adjectives to describe how horrible” the GOP’s House and Senate tax plans are, the evidence continues to mount showing the manner in which the party’s overall approach is a gift to the rich and corporations at the expense of low- and middle-income families, millions of whom who will see their taxes actually go up while key social programs like public education, Medicare, Medicaid, and Social Security will face massive cuts.

Another reminder the #GOPTaxScam is a TERRIBLE bill for the middle class. Incomes at $100,000 or below get nothing or see a tax INCREASE. https://t.co/0TPghlKRTs

END_OF_DOCUMENT_TOKEN_TO_BE_REPLACED 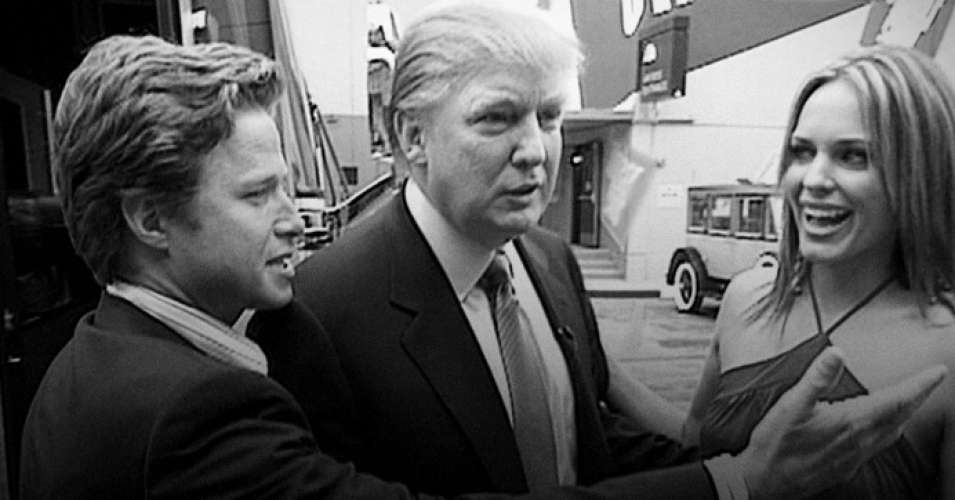 While an infamous recording released during last year’s campaign in which Trump openly talked about how he used his wealth and fame to prey on women, the shifting national conversation about sexual misconduct—and the “hypocritical” way in which Trump injected himself into that conversation this week—has led many to argue that the numerous women who have already publicly accused Trump of sexual assault or harassment should be given further and renewed hearing. END_OF_DOCUMENT_TOKEN_TO_BE_REPLACED

“The U.S. has routinely offered to help the Iranian people in times of need. This time should be no different.” 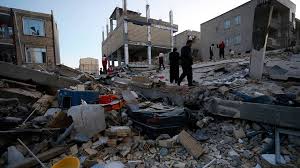 A devastating 7.3 earthquake struck the Iran/Irag region, killing over 500 and leaving 9,000 injured. Image via Facebook.

As the death toll from the “horrific” earthquake that struck the Iran-Iraq border earlier this week climbs above 500, and as President Donald Trump remains entirely silent on the matter, Sen. Bernie Sanders (I-Vt.) and four Democratic senators sent a letter on Thursday to Secretary of State Rex Tillerson demanding that the White House waive certain sanctions on Iran and allow aid to reach those desperately in need.

“After earthquakes in 2003 and 2012, the United States demonstrated its compassion and goodwill by offering assistance to the Iranian people and allowing private relief donations,” the senators wrote. “This time should be no different.”

While the 7.3 magnitude quake affected both Iran and Iraq, Iran bore the brunt of the overall destruction and casualties.

Under the current sanctions regime, Iranian-Americans living in the U.S. are prohibited from delivering funds to their friends and family members. As Al Jazeera reported on Thursday, several attempts by Iranian-Americans to set up fundraisers for Iran in the days following the earthquake have been stymied by U.S. Treasury Department rules.

“The way it is now, it is extremely difficult,” Tara Kangarlou, a New York-based Iranian-American journalist, said of the economic restrictions. “These are the moments that you realize how political tug of war are hurting ordinary Iranians.”

As for official U.S. government assistance, the Trump White House has been relatively quiet; the Treasury Department called the quake “tragic” in a statement to the Associated Press, but did not say whether the administration plans to mount any kind of response. Trump, himself, has not said a word about the quake, which Sanders and his Democratic colleagues noted was “the world’s deadliest of the year.”

In addition to killing hundreds and injuring over 9,000, a report from European Civil Protection and Humanitarian Aid Operations found that the tremor damaged 12,000 buildings in Iran and Iraq.

Shortly after the earthquake struck, Sanders highlighted the “growing tensions” between the U.S. and Iran—particularly following Trump’s decision to decertify the Iran deal—and argued that providing relief to the Iranian people following such a devastating event “would be an important act of friendship.”

We write today concerning the recent earthquake that struck Iran on November 12. The latest reports indicate over 500 dead and thousands wounded, making this earthquake the world’s deadliest of the year. We urge you temporarily waive any existing restrictions that would impede relief donations in order to speed the delivery of aid.

While the earthquake affected both Iran and Iraq, most of the casualties are on the Iranian side of the border. After earthquakes in 2003 and 2012, the United States demonstrated its compassion and goodwill by offering assistance to the Iranian people and allowing private relief donations. The administrations of George W. Bush and Barack Obama both temporarily waived sanctions, and the Department of the Treasury’s Office of Foreign Assets Control (OFAC) issued general licenses to simplify aid delivery.

Under the Bush administration, an OFAC license authorized U.S. persons to provide cash donations to nongovernmental organizations, U.S. and non-U.S., assisting with relief efforts in Iran. At the time, OFAC also worked with aid organizations to clarify rules on donations of food and medicine and which Iranian entities could receive aid and eased banking constraints to ensure the timely receipt of donations in Iran. While we understand that a general license issued by OFAC in 2013 allows for U.S. nongovernment organization to deliver aid to Iran, we urge you make it easier for U.S. citizens to contribute to nongovernment organizations not based in the United States that are currently providing relief aid to earthquake victims in Iran.

Despite decades of animosity and no formal diplomatic relations, the United States has routinely offered to help the Iranian people in times of need. This time should be no different. We ask that you direct the Department of State to assist in aid efforts and to coordinate such efforts with OFAC and other relevant agencies in order to ensure aid arrives quickly.

Thank you for your attention to this matter. We look forward to your timely response. 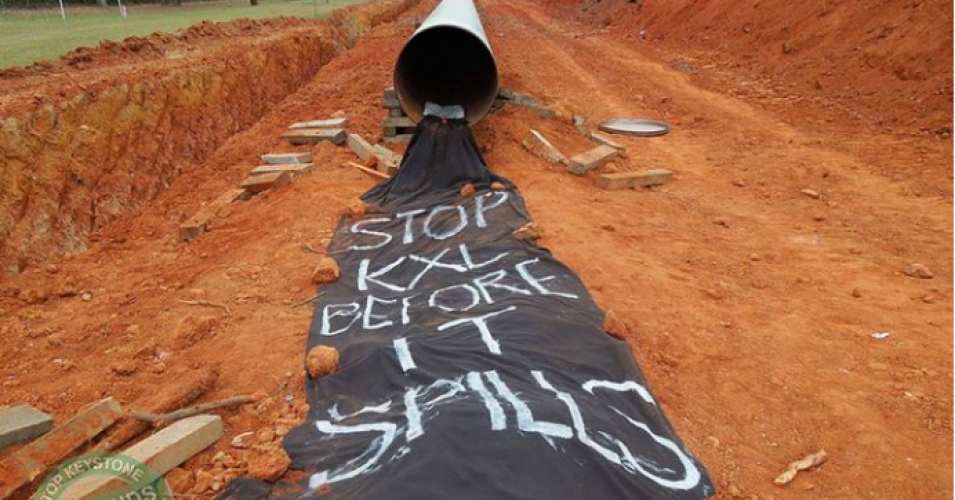 While the company reported the spill in a public statement, Buzzfeed notes there was an approximately four-and-a-half hour gap between when the company said the breach was discovered at 6:00 am and when local officials say they were notified at 10:30 am.  As a South Dakota Department of Environment and Natural Resources told the news outlet, “We’re not quite sure why there was a time gap in there.” END_OF_DOCUMENT_TOKEN_TO_BE_REPLACED 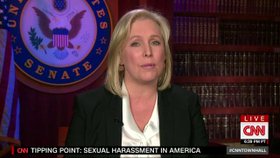 The Me Too Act, named after the social media campaign that flooded Twitter and Facebook feeds in recent weeks and brought to light the frequency with which women from all walks of life cope with sexual harassment and assault, demands an overhaul of the complaint process women in Congress must navigate in order to report sexual misconduct. END_OF_DOCUMENT_TOKEN_TO_BE_REPLACED 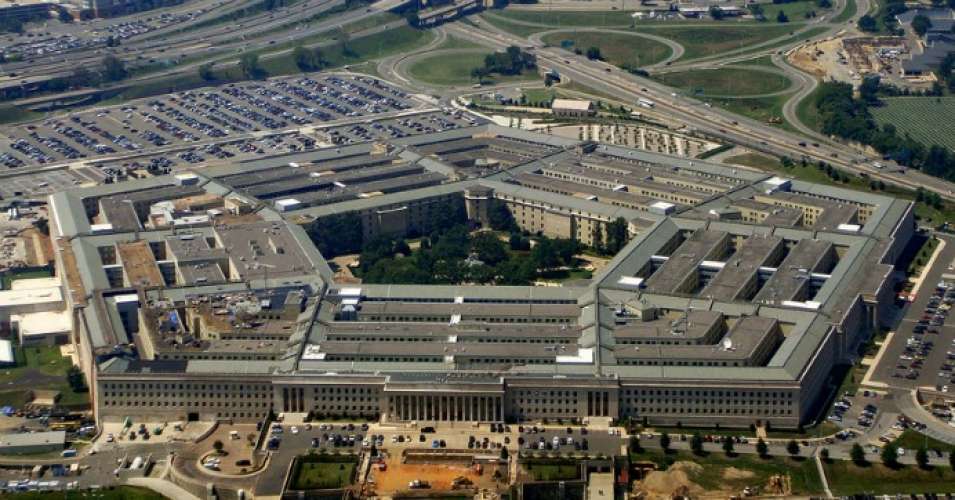 The final vote tally was 357-70, with 127 Democrats throwing their support behind the bill. Sixty-seven Democrats—including Reps. Barbara Lee of California, Keith Ellison of Minnesota, and John Conyers of Michigan—voted against the legislation. END_OF_DOCUMENT_TOKEN_TO_BE_REPLACED

Reassessing warning issued 25 years ago, the “second notice” to humanity warns of “widespread misery and catastrophic biodiversity loss” unless business-as-usual is upended 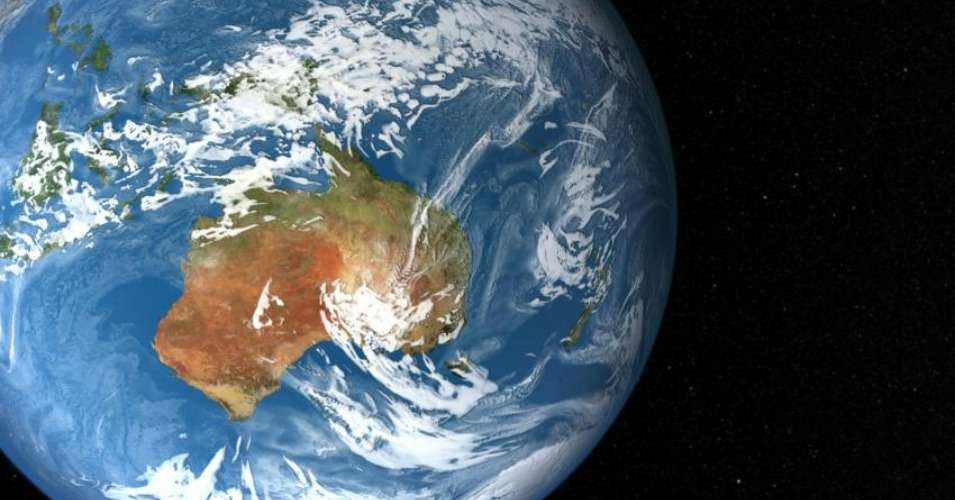 “Humanity is not taking the urgent steps needed to safeguard our imperiled biosphere,” over 15,000 scientists warned in a letter published Monday. (Photo: NASA)

Over 15,000 scientists hailing from more than 180 countries just issued a dire warning to humanity:

“Time is running out” to stop business as usual, as threats from rising greenhouse gases to biodiversity loss are pushing the biosphere to the brink. END_OF_DOCUMENT_TOKEN_TO_BE_REPLACED 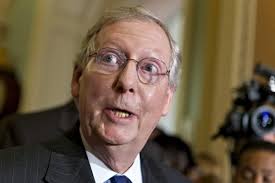 Following the release of a slew of analyses showing that the GOP tax plan would raise taxes on many middle class families—despite repeated promises to the contrary by the Trump administration and Republican lawmakers—Senate Majority Leader Mitch McConnell (R-Ky.) conceded in an interview with the New York Times Friday that he “misspoke” when he declared last week that “nobody in the middle class is going to get a tax increase.”

“I misspoke on that,” McConnell told Times reporter Sheryl Gay Stolberg‏. “You can’t guarantee that absolutely no one sees a tax increase, but what we are doing is targeting levels of income and looking at the average in those levels and the average will be tax relief for the average taxpayer in each of those segments.” END_OF_DOCUMENT_TOKEN_TO_BE_REPLACED

U.S. lawmakers brush off questions from Intercept reporter about military support for Saudi-led coalition while blockade continues to cut off starving Yemenis from necessary food aid

Despite warnings about the intensifying humanitarian crisis in war-ravaged Yemen, members of the U.S. Congress dodged questions from an Intercept reporter this week about why lawmakers haven’t voted on U.S. support for the Saudi-led military coalition that is bombing the impoverished country while also imposing a blockade of urgently needed aid.

Lee Fang, a journalist with The Intercept, partnered with NowThis to a produce a video that shows him attempting to question members of Congress on Capitol Hill as part of a report published earlier this week about U.S. support for the war in Yemen and the 2001 Authorization of Use of Military Force (AUMF) that passed Congress after the 9/11 terrorist attacks, and which U.S. President Donald Trump and his predecessors have used to justify military actions around the globe without explicit permission from lawmakers. END_OF_DOCUMENT_TOKEN_TO_BE_REPLACED 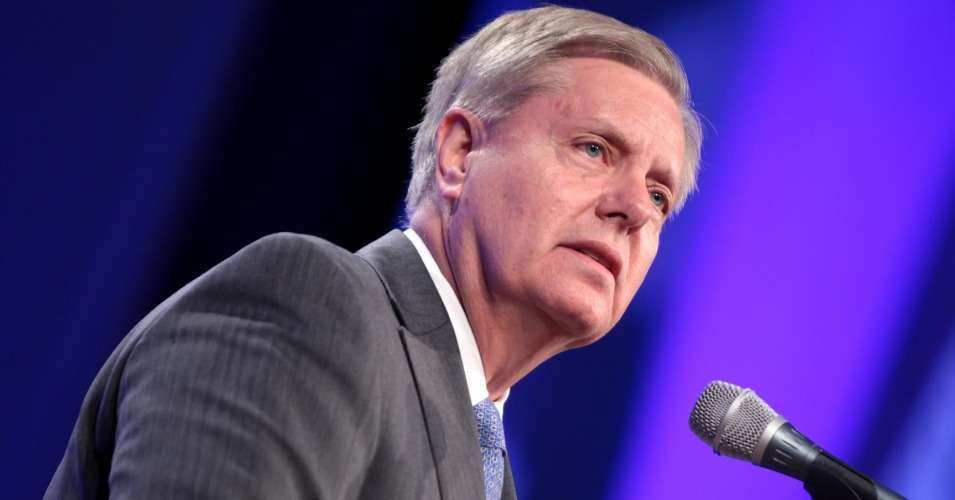