“Labeling reporting you don’t like as ‘fake news’ sends a signal to authoritarian leaders globally that it’s okay to crack down on the press.” 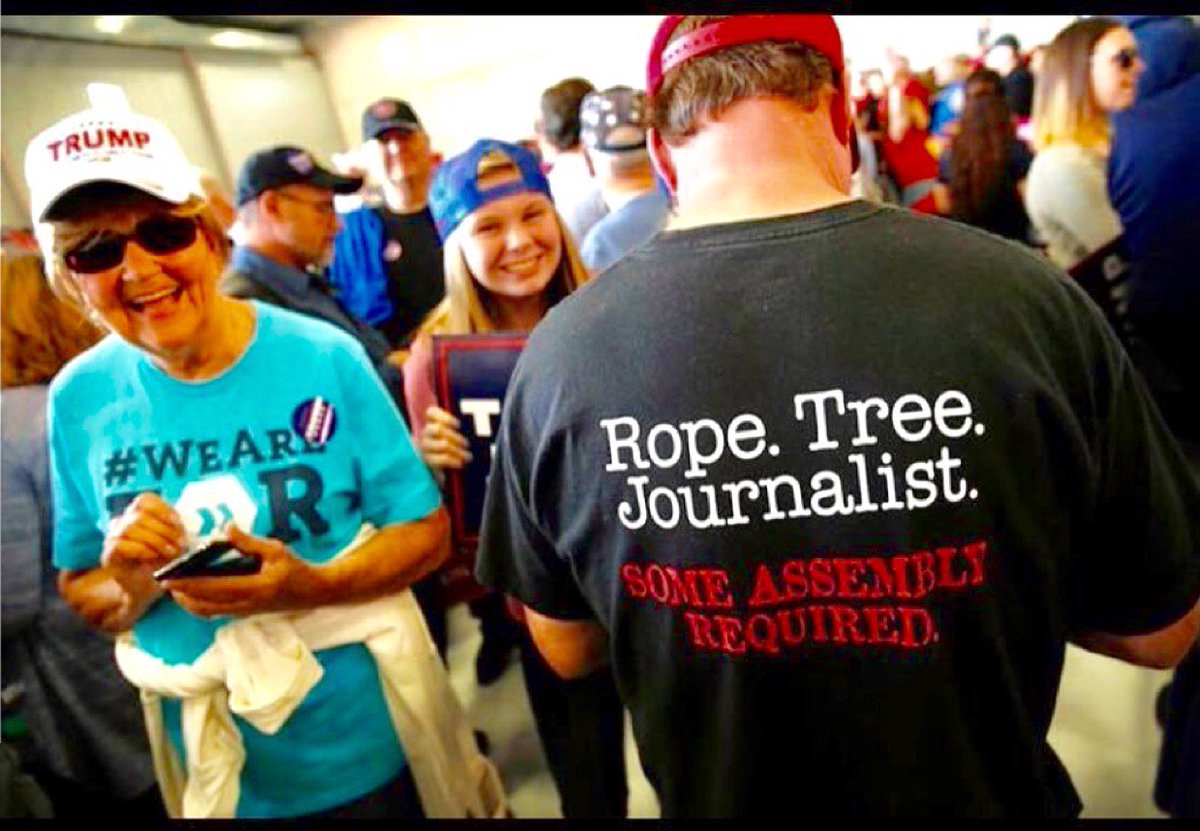 A new report finds that threats to global journalistic freedoms are at an all-time high, with attacks on the press being increasingly reported in democratic countries as well as under authoritarian regimes.

The freedom of expression advocacy group Article 19 and online database V-Dem compiled data from 172 countries between 2006 and 2016, rating each based on their levels of internet censorship, harassment and intimidation of journalists, media bias and corruption, and other indicators.

Turkey, Egypt, Burundi, and Venezuela, all of which have experienced political crises in recent years and whose human rights abuses have been addressed by the U.S., each saw large declines in press freedom over the last decade, according to the study.

But President Donald Trump’s attacks on the media and the spread of information did not go unnoticed by the researchers, who placed the president in the same category as leaders who have been accused for years of authoritarianism.

It seems likely that the growing trend of ‘strong men’ leaders like Trump, Putin, Duterte, and Erdoğan, who have little concern about public oversight and accountability, will reduce the amount of information available about their activities even in countries with effective legislation. Already, there has been systematic elimination of information on U.S. government websites about issues such as climate change.

In an interview with the Guardian on Thursday, Robert Mahoney of the Committee to Protect Journalists, said that there was “never been a more dangerous time to be a journalist,” including in the U.S.

“The United States has traditionally been a beacon of press freedom and defender of journalists but a barrage of anti-press rhetoric from President Trump undermines the role of the press in a democracy and potentially endangers journalists,” said Mahoney. “Labeling reporting you don’t like as ‘fake news’ sends a signal to authoritarian leaders globally that it’s okay to crack down on the press.”

The report also expressed grave concerns about Britain’s Investigatory Powers Act of 2016, which Article 19 called “one of the most draconian surveillance legislation of any democracy, offering a template for authoritarian regimes and seriously undermining the rights of its citizens to privacy and freedom of expression.”

More than 250 journalists worldwide were imprisoned last year, while 79 were killed. Countries where journalists’ safety is considered to be the most threatened include Honduras, Mexico, and the Philippines, where reporters cover those countries’ drug wars, and Turkey, where journalists who cover opposing views to the Erdogan regime are intimidated and detained.

On social media, many drew attention to the report, particularly noting that democratic countries were far from exempt from Article 19’s findings.

Global press freedom plunges to worst level this century. This new Article 19 study documents the assaults on freedom of expression around the world & what are contributing causes. Grim reading. https://t.co/jSLRSsHaqP