Open internet supporters are demanding that lawmakers answer a simple question: “Do you stand for your constituents’ ability to communicate and connect, or do you stand for Verizon’s bottom line?” 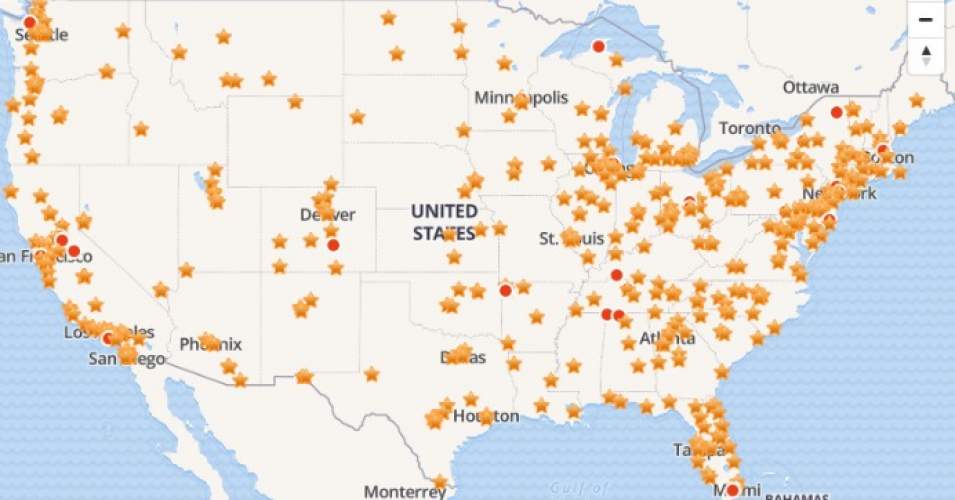 “Ajit Pai may be owned by Verizon, but he has to answer to Congress, and lawmakers have to answer to us, their constituents,” said Evan Greer, campaign director of Fight for the Future. (Photo: Battle for the Net)

With the FCC set to vote on chairman Ajit Pai’s plan to kill neutrality in just over a week, a diverse coalition—ranging from consumer protection organizations to progressive lawmakers to Harvard professors—is denouncing the FCC’s proposals and scheduling nationwide protests to combat the agency’s move to let massive telecom companies “cash in on the internet” at the expense of consumers.

This is the free speech fight of our generation and internet users are pissed off and paying attention,” Evan Greer, campaign director of Fight for the Future, said in a statement. “Ajit Pai may be owned by Verizon, but he has to answer to Congress, and lawmakers have to answer to us, their constituents.”

Since Pai revealed his plan to gut net neutrality rules just before Thanksgiving, public outrage has continued to grow—even as corporate media outlets have neglected to cover it. Adding to the already record-breaking number of public comments submitted to the FCC over the last several months, more than 760,000 calls have flooded congressional phone lines since November 21, according to Battle for the Net.

Furthermore, protests have been planned throughout the nation over the coming days in opposition to the FCC’s “scorched-earth” attack on net neutrality: More than 600 demonstrations are scheduled to take place at Verizon stores and congressional offices across the country on Thursday, exactly one week ahead of the FCC’s planned vote.

“With what would be a catastrophic vote by the FCC to repeal net neutrality looming, people are ready to take to the streets in protest and to offer Congress one last chance to answer the question: ‘Do you stand for your constituents’ ability to communicate and connect, or do you stand for Verizon’s bottom line?” said Mark Stanley, director of communications for Demand Progress, citing the overwhelming bipartisan support for net neutrality rules found in poll after poll.

Demonstrations against Pai’s plan have also taken place online. Last week, internet users took to Reddit’s front page to highlight their senator’s support—or lack of support—for net neutrality and detail how much money their representatives have taken from the telecom lobby.

Building on the outrage expressed by the American public, a group of 27 senators including Maggie Hassan (D-N.H.), Elizabeth Warren (D-Mass.), and Bernie Sanders (I-Vt.) delivered a letter to Pai on Monday demanding that the FCC vote be delayed in the face of evidence that the public “record may be replete with fake or fraudulent comments, suggesting that your proposal is fundamentally flawed.”

A coalition of over 40 consumer protection groups also called on the FCC to postpone its vote on repealing net neutrality in a letter to Pai on Monday, citing a pending court case that could ultimately “leave consumers at the mercy of internet service providers.”

The case under consideration by the U.S. Court of Appeals for the Ninth Circuit involves whether or not the Federal Trade Commission (FTC) has the legal authority to regulate broadband providers.

Because one component of Pai’s plan is to give the FTC significant responsibility for shielding internet users from corporate throttling, any ruling that concludes the FTC does not have such legal authority would effectively leave telecom companies in charge of regulating themselves.

“If Chairman Pai and his fellow Republicans truly believe that the FTC will protect consumers, they have a responsibility to wait for the Ninth Circuit to decide if the FTC can actually do the job,” the groups’ letter concludes.

Craig Aaron, president and CEO of Free Press, told the International Business Times that even if the court rules in the FTC’s favor, “[t]he idea that the FTC will come to the rescue if net neutrality is destroyed at the FCC is a bad joke.”

“The heads of the Trump FCC and FTC are defanging their own agencies, watchdogs which had just started to show some bite during the last years of the Obama administration,” Aaron concluded. “And that’s exactly how AT&T wants them: toothless, tied up, and with their tails between their legs.”