“This is why we need to overturn the terrible Citizens United Supreme Court decision and move to public funding of elections.” 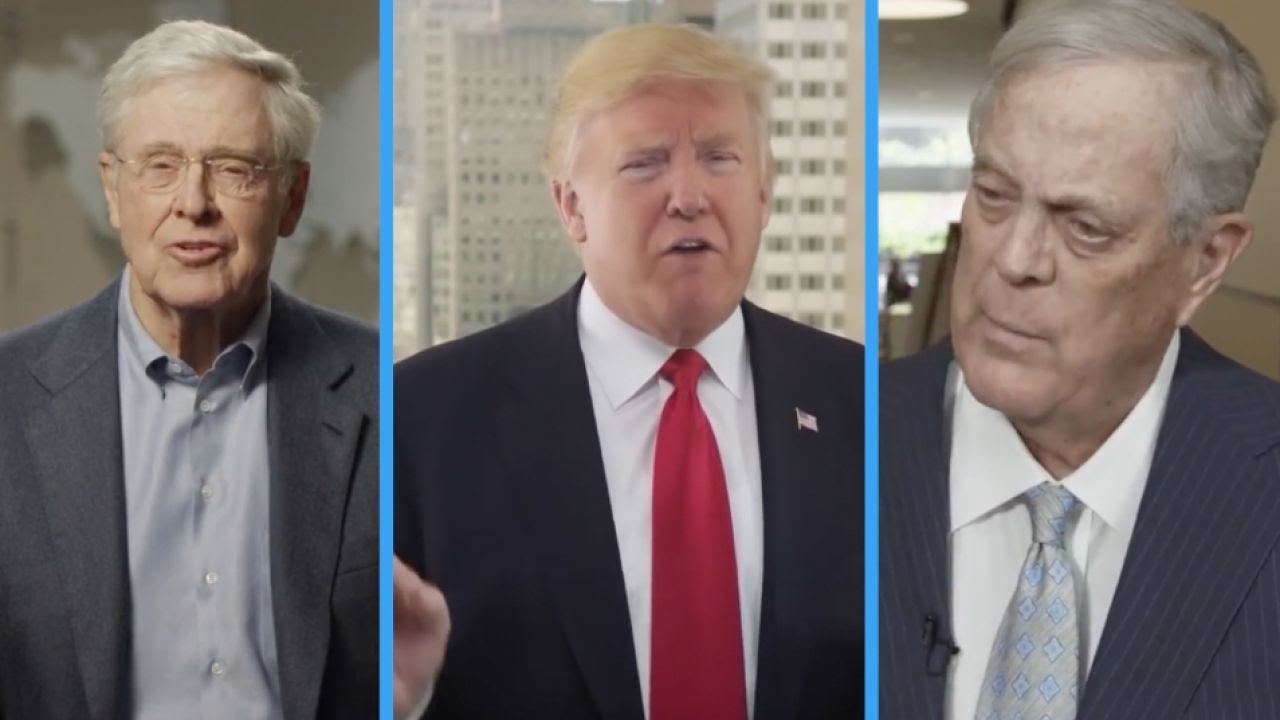 Fresh off the passage of tax legislation that could net them over a billion dollars a year in additional profits, the oil moguls Charles and David Koch have now set their sights on the 2018 midterms, during which they are reportedly planning to spend around $400 million promoting right-wing candidates and priorities.

The news came as the Kochs and others within their sprawling network of deep-pocketed donors and politicians were preparing to gather for a secretive weekend conference in Indian Wells, California.

Tim Phillips, president of the Koch-funded group Americans for Prosperity, declared on Saturday that the Koch network is “all in” for the 2018 midterm elections, which many have predicted will favor Democrats thanks to the historic unpopularity of President Donald Trump.

“This network is going to have the largest investment we’ve ever had in a midterm election in 2018,” Phillips added in a statement, acknowledging the substantial grassroots opposition the Kochs’ agenda will face in the coming months. “The left is energized, there’s no question about that.”

Ben Wikler, Washington director of MoveOn.org, wrote on Twitter Sunday that the Koch brothers’ plans “should light a fire under anyone on our side who is tempted to take these elections for granted.”

“Nothing’s inevitable,” Wikler added. “We have to fight for every vote.”

The Koch Brothers want the best plutocracy that money can buy.

This is what oligarchy is all about. This is why we need to overturn the terrible Citizens United Supreme Court decision and move to public funding of elections.https://t.co/YY8sVtDVNZ

The $400 million mark is significantly more than the $250 million the Kochs spent during the 2016 presidential cycle, as CBS News notes. While many in the Koch network—including the Koch brothers themselves—frequently claimed to be skeptical of Trump and declined to endorse him in 2016, Phillips praised the Trump administration on Saturday and celebrated what he called a “good partnership.”

In addition to deploying their wealth to influence the midterm elections, the Kochs are also planning to spend around $20 million in an effort to convince Americans that the tax bill Trump signed into law in December will substantially benefit the working class over the long-term—and not just, as most Americans and analysts believe, the very wealthy.

This work is licensed under a Creative Commons Attribution-Share Alike 3.0 License
Editor’s note: Of course, that doesn’t include the $500,000 Charles Koch donated to Paul Ryan’s joint fundraising committee 13 days after the bill passed. Funny how that happened…