“Why do we need campaign finance reform? This. This is why.” 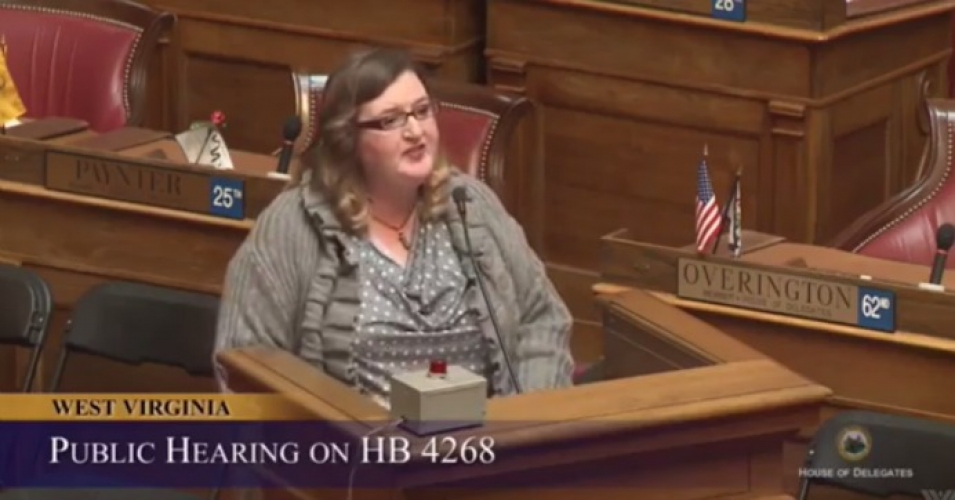 West Virginia House of Delegates candidate Lissa Lucas was hailed as a model for congressional candidates across the nation after she read off the names of politicians taking money from the oil and gas industry. (Photo: Facebook/Screengrab)

When West Virginia House of Delegates candidate Lissa Lucas decided to take a stand against Big Oil’s pernicious political influence last week by rattling off the names of state lawmakers receiving massive campaign donations from the fossil fuel industry, she was swiftly and forcefully silenced.

Now, her story—first reported by journalist Russell Mokhiber in a piece for Common Dreams on Sunday—has become a viral sensation and a model for those looking to challenge the stranglehold corporate cash has on the American political system.

Watch the video of the incident, which has since garnered over 133,000 views on Facebook:

“People speaking on this bill are paid by the industry.

People voting on this bill are paid by the industry.

Lobbyists talk for hours to delegates at whiskey gala!” pic.twitter.com/l12flVDbKg

Lucas’ decision to highlight the vast influence oil and gas money has on West Virginia politics came during a hearing last Friday on a bill that, if passed, would allow fossil fuel companies to drill on properties with multiple owners even if all of the owners don’t consent.

Shortly after she began rattling off the names of lawmakers supporting the bill and their oil and gas patrons, Lucas was told by Republican John Shott that her remarks constituted “personal comments.” When Lucas refused to stop, she was forcibly removed from the hearing by security.

Journalist Ben Norton wrote that Lucas’ removal for the act of reading publicly available campaign finance information is yet another example of “the authoritarian capitalist dystopia we live in.”

“Why do we need campaign finance reform? THIS. THIS IS WHY,” added West Virginia state Sen. Richard Ojeda.

In an interview with The Intercept on Monday, Lucas said warnings from Republicans against personal attacks are perfectly “sensible.”

However, “Shott construed this public campaign finance information from the representatives’ own campaign finance reporting as personal attacks,” Lucas added. “If they feel attacked by mentioning their donors, to me, they just shouldn’t be taking that money.”

Shott “brought so much more attention to it by having me thrown out than he could have if he had read off the list of donors himself,” Lucas concluded.

This assessment appears to have been vindicated by flood of reaction that followed Friday’s hearing—which included a surge in small-dollar donations to Lucas’s campaign.

“Let’s have a government for the people again,” Lucas wrote in a Facebook post on Monday. “Money in politics breaks down public trust in our democracy.”

If you live in #WestVirginia Lissa Lucas is the type of rep you should be voting for: “Woman Dragged Out of West Virginia House Hearing For Listing Oil and Gas Contributions to Members” https://t.co/LNCzWbXXzb via @commondreams

One thing I’m hopeful about… the wave of unafraid new candidates like Lissa Lucas from WV. Good folks like this popping up all over. I can’t wait to vote in November. @LlysseWylle https://t.co/8bfK8rzYPS

This needs to happen all over America. Expose how much our politicians are for sale for their votes.

She’s running to replace one of the Delegates. She is the kind of elected Representative we need https://t.co/TWafgM6Jjt