“Rich people who don’t need it get lavish billion-dollar handouts from this president…The struggling poor, on the other hand, are going to see new work requirements attached to their $1.40-a-meal food stamp.” 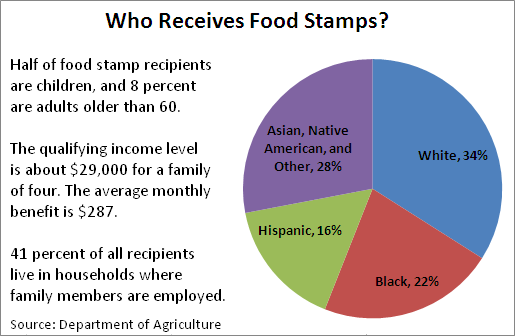 Social welfare advocates on Friday denounced a proposal included in a draft of the 2018 Farm Bill which would impose work requirements on most adults who receive benefits from the Supplemental Nutrition Assistance Program (SNAP), commonly called food stamps. The proposal represents the first concrete attempt by Republicans to erode the social safety net since President Donald Trump took office.

Critics said the plan showed blatant hostility toward the 42 million Americans who rely on the program, and that it would do nothing to “break the poverty cycle” as House Agriculture Committee Chairman K. Michael Conaway (R-Texas) claimed on Thursday.

Rich people who don’t need it get lavish billion-dollar handouts from this president, with nary a string attached. The struggling poor, on the other hand, are going to see new work requirements attached to their $1.40-a-meal food stamps. https://t.co/J6xtbQKyYc

“House Republicans have written this farm bill in bad faith,” said Ricardo Salvador, director of the Food and Environment Program at the Union of Concerned Scientists (UCS). “SNAP is a proven success story, and one of the best investments we can make to reduce poverty and hunger and put money back into struggling local economies. Piling on work requirements will do nothing to address the underlying reasons why people rely on the program, and will leave millions of people—including children, the elderly, and people with disabilities in communities across the country—hungry.”

Conaway’s proposal would mandate that adults between the ages of 18 and 59 work part-time jobs or be enrolled in at least 20 hours per week of job training. As many as seven million Americans are expected to be affected by the new regulations, and the Congressional Budget Office (CBO) estimates that one million people could be kicked off the program if the new rules are passed.

Democrats on the House Agriculture Committee argue that the 2013 Farm Bill implemented pilot programs to test workforce training initiatives—experiments which have not yet been completed and have uncovered challenges for families who use SNAP benefits. Recipients have struggled with unreliable transportation, housing insecurity, and childcare responsibilities that have kept them from meeting the work requirements.

“Until we address the root causes of poverty and exploitation, we must provide a meaningful safety net,” said Salvador.

Requiring food stamp recipients to find employment is likely to simply discriminate against the poor rather than help people to enter the workforce, wrote Elizabeth Wolkomir and Stacy Dean at the Center for Budget and Policy Priorities:

Sweeping work requirements are unlikely to be effective because they don’t address the real situations of SNAP recipients. Most working-age SNAP recipients who don’t receive disability benefits are workers. More than half work while receiving SNAP and fully three-quarters work within a year of SNAP receipt. These workers need SNAP. They typically work in jobs with low wages, fluctuating hours, and poor benefits—and because these jobs are unstable, low-wage workers face periods of unemployment. A sweeping work requirement would create a huge bureaucratic system to track these workers, introducing onerous paperwork and administrative requirements, while doing nothing to help them get better-paying, more stable jobs. Under-funded and rigid work requirements also wouldn’t help those SNAP recipients who face serious barriers to employment and likely would end up hurting many with serious health issues and caregivers whose circumstances mean that at least temporarily they aren’t able to work.

Conaway’s proposal comes after reports that the Trump administration is also considering a drug testing requirement for SNAP recipients—a possibility that the House Agriculture Committee is likely to debate starting next week.

Basically, drug testing people on food stamps or welfare is just a way to say, “I hate poor people.” It inconveniences them (many of whom are already struggling to pick up enough hours at low-paying jobs and often care for families) and literally just costs taxpayers more money.