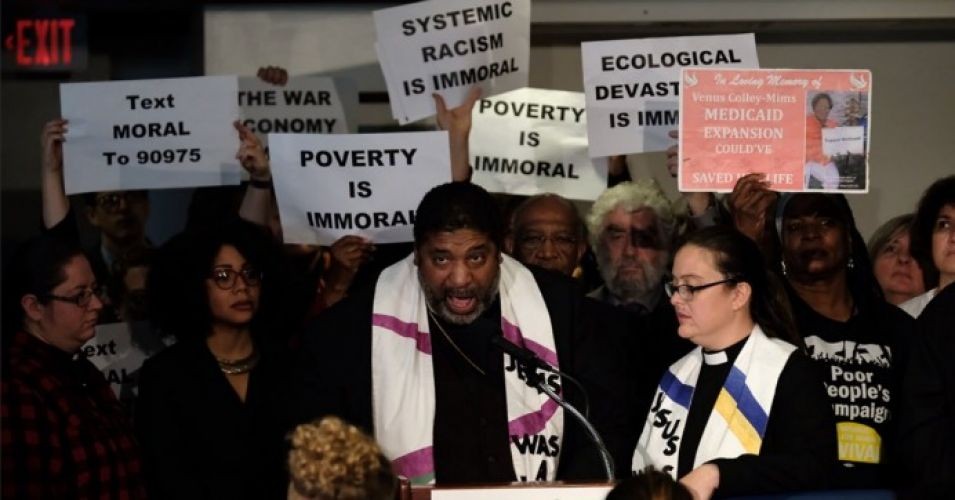 Highlighting the Trump administration’s push to dismantle the last vestiges of the American social safety net, Philip Alston—U.N. Special Rapporteur on Extreme Poverty and Human Rights and author of the new report—told the Guardian on Friday: “This is a systematic attack on America’s welfare program that is undermining the social safety net for those who can’t cope on their own. Once you start removing any sense of government commitment, you quickly move into cruelty.”

“If food stamps and access to Medicaid are removed, and housing subsidies cut, then the effect on people living on the margins will be drastic,” Alston added, pointing to just three of the many programs Trump is aiming to slash or restrict with cruel work requirements.

With millions of Americans already on the brink of deep poverty, Alston warned that Trump’s tax law, deregulatory agenda, and welfare cuts are driving the poor closer to complete “ruination,” which the U.N. official defines as “severe deprivation of food and almost no access to healthcare.”

The UN has called Trump and Republican policies the “ruination” of millions of American lives in a new report on poverty. They’re right. https://t.co/2Ac9Z3oyWA

Alston’s report is the end product of a two-week visit to some of the most poverty-stricken parts of the U.S. late last year, and it thoroughly documents both the longstanding inequities that have dominated American society for decades and the uniquely brutal policies Trump and the Republican Party are pursuing in an effort to reward corporate America.

While the U.S. is home to “over 25 percent of the world’s 2,208 billionaires,” such wealth stands in “shocking contrast with the conditions in which vast numbers of its citizens live,” the report observes. “About 40 million live in poverty, 18.5 million in  extreme poverty, and 5.3 million live in Third World conditions of absolute poverty. Its citizens live shorter and sicker lives compared to those living in all other rich democracies, eradicable tropical diseases are increasingly prevalent, and it has the world’s highest incarceration rate.”

Acknowledging that inequality in the U.S. has been rising rapidly for around five decades, the report argues that the Trump administration’s policies—particularly its $1.5 trillion in tax cuts to the rich and large corporations—”seem deliberately designed to remove basic protections from the poorest, punish those who are not in employment, and make even basic healthcare into a privilege to be earned rather than a right of citizenship.”

As for solutions to the soaring income and wealth inequality in the U.S. that have produced what Alston calls a “land of stark contrasts,” the U.N. report spotlights several broad suggestions—from a job guarantee to criminal justice reform to universal healthcare—but concludes that inequality will continue to soar without sufficient “political will” to reverse it.

“At the end of the day… particularly in a rich country like the United States, the persistence of extreme poverty is a political choice made by those in power,” the report observes. “With political will, it could readily be eliminated.”