The human rights office says the practice “amounts to arbitrary and unlawful interference in family life, and is a serious violation of the rights of the child.” 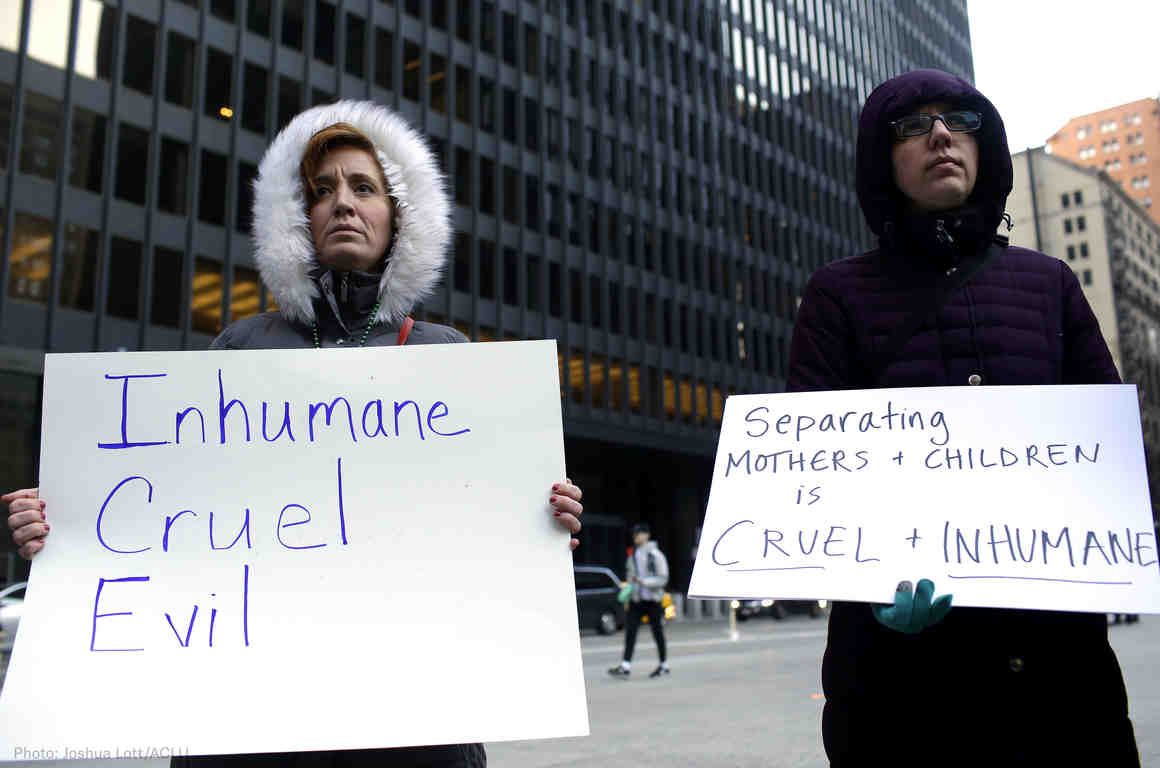 The United Nations human rights office on Tuesday demanded that the Trump administration “immediately halt” its policy of tearing migrant children away from their parents at the U.S.-Mexico border, declaring that the practice “always constitutes a child rights violation.”

Under the administration’s so-called zero tolerance policy, unveiled last month by Attorney General Jeff Sessions, border agents separate children from their parents at the border and prosecute the adults. The approach, which is being framed as a deterrent to stop migrants from attempting to enter the country, has been widely denounced as “evil” and spurred protests from immigrant rights advocates.

Ravina Shamdasani, a spokesperson for the U.N. High Commissioner for Human Rights, said in a statement on Tuesday that the office is “deeply concerned” by the U.S. government’s decision to separate migrant families, arguing that the policy “amounts to arbitrary and unlawful interference in family life, and is a serious violation of the rights of the child.”

“Children should never be detained for reasons related to their own or their parents’ migration status. Detention is never in the best interests of the child,” Shamdasani declared, noting that the practice seems to have been in effect since October and has been applied “to both asylum-seekers and other migrants in vulnerable situations.”

“The child’s best interest should always come first, including over migration management objectives or other administrative concerns,” she continued, emphasizing that the policy “runs counter to human rights standards and principles.”

“The majority of people arriving at the U.S.’s southern border have fled Honduras, Guatemala, and El Salvador—in many cases either because of rampant insecurity and violence, or because of violations of a range of other rights, such as health, education, and housing,” she noted. “The U.S. should immediately halt this practice of separating families and stop criminalizing what should at most be an administrative offense.”

Shamdasani also pointed out that although “the rights of children are generally held in high regard in the U.S., it is the only country in the world not to have ratified the U.N. Convention on the Rights of the Child.” The convention explicitly states that children “should grow up in a family environment, in an atmosphere of happiness, love, and understanding,” and has been active for nearly three decades.