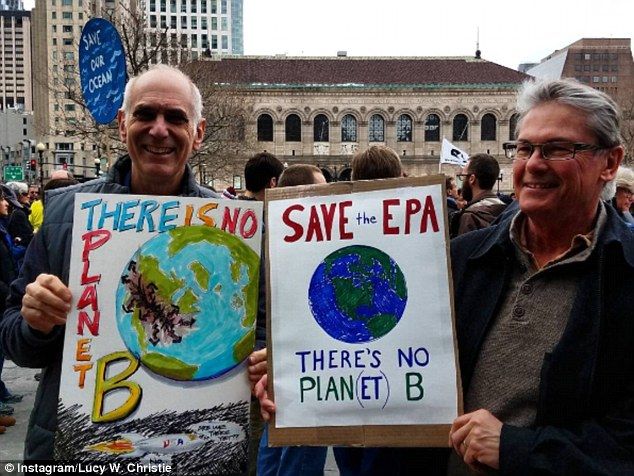 New reporting in Politico puts the spotlight on continued themes of the Trump administration: suppression of science, threats to public health, and carrying out the bidding of industry. The issue laid out involves alleged political interference at the Environmental Protection Agency, and while the agency’s current administrator, scandal-riddled Scott Pruitt, is now on his way out the door, the reins now head to number two Andrew Wheeler, who offers little reason to believe the burying of a key report will soon end.

As Politico‘s Annie Snider reported, Trump appointees at the agency are blocking the release of an assessment on formaldehyde produced by the EPA’s Integrated Risk Information System (IRIS). A draft assessment already completed confirms research linking the common chemical to leukemia, nose and throat cancer, and other adverse health effects.

“They’re stonewalling every step of the way,” an anonymous current official at EPA told Politico.

Because the political aides are suppressing the assessment, they’re preventing it from moving on to required review by the National Academies of Sciences (NAS), an independent panel of top researchers—even though the EPA has already shelled out $500,000 to pay for that review. Why wouldn’t it send off the assessment to NAS? “You don’t want the answer,” an anonymous former EPA official told Politico.

According to internal documents seen by the publication, a chemical industry group urged the EPA to bury the findings. In a Jan. 26 letter to top EPA officials, Kimberly Wise White, who leads the American Chemistry Council’s Formaldehyde Panel, wrote, “As stated in our meeting, a premature release of a draft assessment … will cause irreparable harm to the companies represented by the panel and to the many companies and jobs that depend on the broad use of the chemical.”

“The new assessment,” as Snider reported, “would give greater weight to warnings about the chemical’s risks and could lead to stricter regulations from the EPA or class-action lawsuits targeting its manufacturers, as frequently occurs after these types of studies are released.”

EPA spokeswoman Kelsi Daniell brushed off the assertion that the assessment was being suppressed, telling Politico that the agency “continues to discuss this assessment with our agency program partners and have no further updates to provide at this time.” But that runs counter to Pruitt’s testimony in January before the Senate Committee on Environment and Public Works, when he told Sen. Ed Markey (D-Mass.) that his understanding was that the report was ready for public review and did, in fact, link formaldehyde to leukemia and other cancers.

However, several months after that hearing Markey and other members of that committee—Sen. Sheldon Whitehouse (D-R.I.) and Ranking Member Tom Carper (D-Del.)—sent a letter to Pruitt in May asking him to explain why the assessment had still not been released. They also pointed a finger at two of the same alleged culprits behind the suppression as named in the Politico reporting: EPA chief of staff Ryan Jackson and Nancy Beck, deputy assistant administrator for the Office of Chemical Safety and Pollution Prevention. Beck, as Politico reported, “criticized the IRIS program in her previous job as a top chemical industry expert.”

In addition to those appointeses, the senators also say they believe the American Chemistry Council “as well as interested corporations such a Exxon Mobil have been pressuring EPA not to release the assessment for public comment as drafted.”

As for Wheeler, Politico noted that he “was staff director for the Senate Environment and Public Works Committee in 2004, when his boss, then-Chairman Jim Inhofe (R-Okla.), sought to delay an earlier iteration of the formaldehyde assessment.” As ProPublica previously reported, that stalling occurred “even though preliminary findings from a National Cancer Institute study had already linked formaldehyde to leukemia. Inhofe insisted that the EPA wait for a more ‘robust set of findings’ from the institute.” Those “robust findings,” released 5 years later, however, merely backed up the earlier findings.

Sen. Elizabeth Warren (D-Mass.), for her part, warned in a tweet Friday that Wheeler is “just as dirty” as Pruitt, and “is a former coal lobbyist who will work to poison the agency—and the environment he’s supposed to protect— from the inside.”