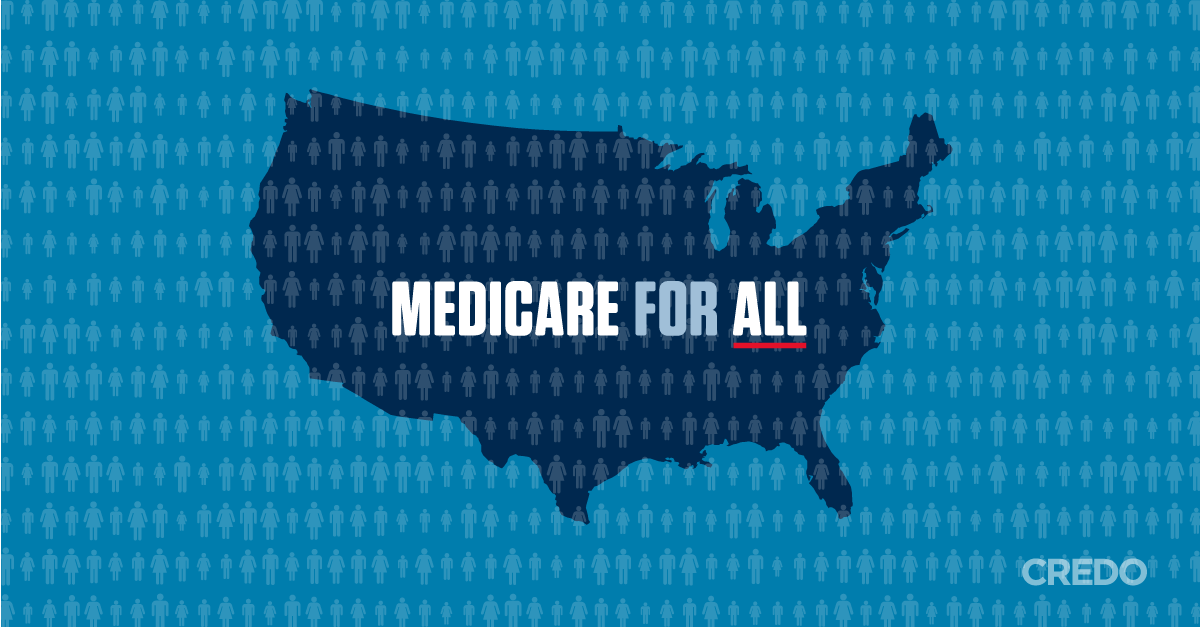 Read a bit further, though, and you’ll discover that the analysis—released Monday morning—was produced by the George Mason University-based Mercatus Center, which has received millions of dollars in funding from the right-wing billionaires Charles and David Koch, who have previously expressed support for abolishing Medicare and Medicaid entirely.

“This grossly misleading and biased report is the Koch brothers’ response to the growing support in our country for a ‘Medicare for All’ program,” Sanders said in response to the study, which was penned by Charles Blahous, who previously worked as a senior economic adviser to former President George W. Bush.

But as Matt Bruenig of the People’s Policy Project notes—though absent or buried in much of the initial reporting—even the Koch brothers’ numbers, which Sanders says are vastly inflated, demonstrate that the “U.S. could insure 30 million more Americans and virtually eliminate out-of-pocket healthcare expenses” while saving “a whopping $2 trillion” in the process.*

“At first glance, it is strange that the Mercatus center…would publish a report this positive about Medicare for All,” writes Bruenig.

“The claim that ‘even the Koch organizations say it will save money while covering everyone’ provides a useful bit of rhetoric for proponents of the policy,” he adds. “But the real game here for Mercatus is to bury the money-saving finding in the report’s tables while headlining the incomprehensibly large $32.6 trillion number in order to trick dim reporters into splashing that number everywhere and freaking out.”

This “strategy,” Bruenig notes, was quite successful.

While most outlets don’t even mention the buried cost-saving conclusion of the Mercatus report, Axios—whose headline reads “Bernie’s ‘Medicare for All’ predicted to cost nearly $33 trillion“—includes this line at the very bottom of its piece, in the “worth noting” section: “All told, ‘Medicare for All’ would actually slightly reduce the total amount we pay for health care.”

“Even if you take the report’s headline figures at face value, the picture it paints is that of an enormous bargain,” Bruenig concludes. “We get to insure every single person in the country, virtually eliminate cost-sharing, and save everyone from the hell of constantly changing health insurance all while saving money. You would have to be a fool to pass that offer up.”

In 2016, the United States spent $3.4 trillion on healthcare; projected over ten years—and assuming costs don’t rise, as they’re expected to—that’s $34 trillion. By 2025, the current for-profit healthcare system is expected to cost a staggering $5.5 trillion per year.

Additionally, America spends far more on healthcare per capita than other industrialized nations—most of which have some form of government-funded universal healthcare—and achieves worse outcomes.

These soaring costs are a major reason most Americans—and even a growing number of Republicans—now support a Medicare for All-type system, according to recent surveys.

As Common Dreams reported, Medicare for All is also gaining steam on Capitol Hill, with more than 70 House Democrats joining the newly formed Medicare for All Caucus, which will devote significant energy and resources to studying what it would take to implement a single-payer system in the U.S. and guarantee healthcare to all Americans as a right.

As Sanders said Monday in response to the Mercatus study, “If every major country on Earth can guarantee healthcare to all, and achieve better health outcomes, while spending substantially less per capita than we do, it is absurd for anyone to suggest that the United States cannot do the same.”