“How much more of your personal existence are you willing to give up to continue to be a sieve of your data for a multi-billion dollar corporation?” 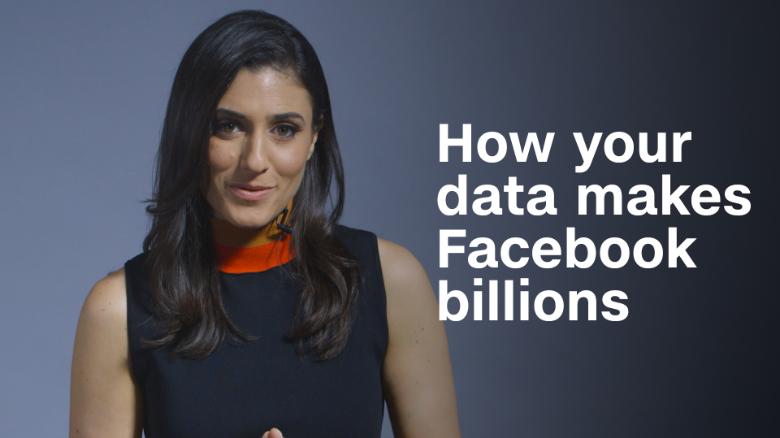 Apparently not satisfied with access to its users’ call history, text messaging data, and online conversations, Facebook has reportedly asked major Wall Street firms like JPMorgan Chase and Wells Fargo to hand over their customers’ sensitive financial data as part of the social media giant’s ongoing attempt to become “a platform where people buy and sell goods and services.”

And according to the Wall Street Journal—which first reported on Facebook’s plans on Monday—the social media behemoth isn’t the only tech company that wants access to Americans’ financial data. Google and Amazon have also “asked banks to share data if they join with them, in order to provide basic banking services on applications such as Google Assistant and Alexa,” the Journal pointed out, citing anonymous sources familiar with the companies’ ambitions.

Over the past year, Facebook has reached out to some of America’s largest banks to request “detailed financial information about their customers, including card transactions and checking account balances, as part of an effort to offer new services to users,” the Journal notes. “Facebook has told banks that the additional customer information could be used to offer services that might entice users to spend more time on Messenger.”

In response to the Journal‘s reporting, critics of corporate power used the word “dystopian” to describe the push by Facebook, Google, and Amazon for ever-greater access to users’ personal information in a bid to boost profits.

It continues to amaze me that the general reaction to pervasive, dystopian surveillance is ¯\_(ツ)_/¯. https://t.co/GW64WRxnBk

As I’ve been pointing out, concentrated tech power is moving us towards a dystopian social credit scoring system. https://t.co/r9vanI4RoH

$FB stock is up on this news. Dystopia is profitable. https://t.co/r9vanHNg07

Among the “features” Facebook is reportedly looking to create if it successfully obtains financial data is a tool that would  “show its users their checking-account balances,” the Journal reported. “It has also pitched fraud alerts.”

While Facebook insisted in response to the Journal‘s story that it doesn’t want to use any of this data for advertising purposes or share it with third parties, many pointed out that there is no reason to trust Facebook’s expressed commitment to user privacy, particularly in the wake of the Cambridge Analytica scandal and other abuses.

Is this the same Facebook that recently admitted that 87 million profiles may have been improperly harvested through Cambridge Analytica? https://t.co/em2HsysRwK

Its bad, its getting worse.

This train is heading straight for the cliff and we all know it. https://t.co/fLD5CcAYcv

Highlighting the fact that “Facebook has been a cesspool of privacy issues for quite a while,” technology writer Curtis Silver argued in a piece for Forbes on Monday that it’s time to “quit Facebook before it inevitably accesses your banking data.”

“There has been no evidence up to this point that Facebook is anything other than what it is. What is it? A data content farm for paying customers,” Silver writes. “How much more of your personal existence are you willing to give up to continue to be a sieve of your data for a multi-billion dollar corporation?”