An 11-year-old social media celebrity collects thousands of encouraging letters from around the globe to remind her Flint schoolmates they are not forgotten. 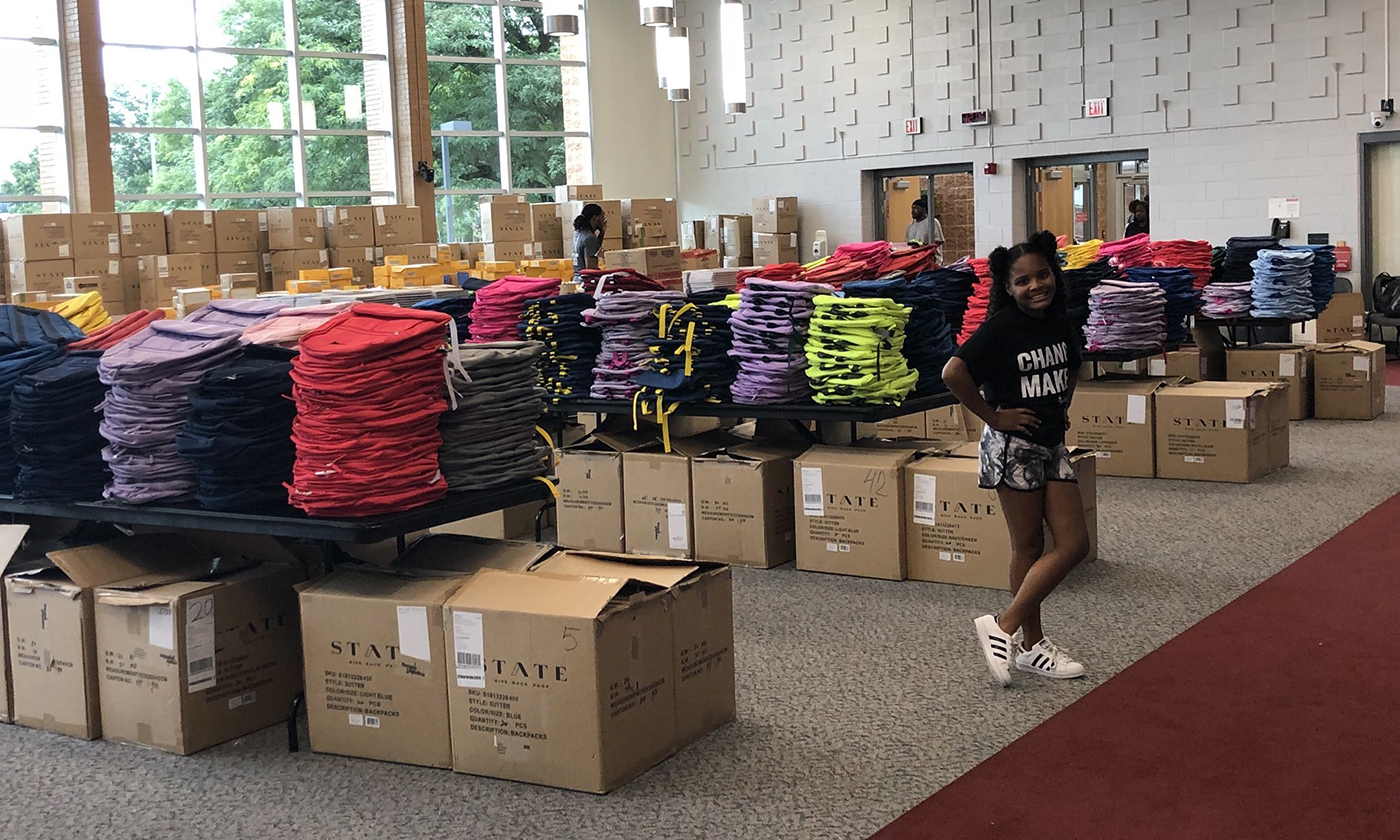 Eleven-year-old Mari Copeny helped raise funds to purchase 15,000 backpacks, which she and her team will stuff with school supplies and distribute to Flint children this week. Photo courtesy of Mari and her family

About 15,000 Flint children will return to school next week with new backpacks stuffed with goodies, some including letters of encouragement and support from people across the globe.

Dear Flint Kids: It’s the start of a new school year, which means it’s a new start for you … I feel really special that my letter would reach such a special person like you …

Dear Flint Kids: It’s the start of a new school year and anything is possible. Believe in yourself …

The letter-writing initiative, as well as the backpacks filled with notebooks, folders, pencils, and other school supplies, is the result of a project by Mari Copeny, an 11-year-old Flint sixth-grader who is using her budding celebrity to draw attention to her city’s water crisis.

Known as Little Miss Flint, the preteen with nearly 78,000 social media followers became an almost overnight sensation when a letter she wrote to President Obama in 2016 about the water crisis in Flint led to a personal one-on-one meeting. And until this week, there had been a mural on the side of a brick building north of downtown Flint, featuring her and the former president smiling at each other.

While Copeny was unable to save her mural when the building was demolished this week, her drive to bring some love to the children of Flint got a lot of attention.

She first launched a letter-writing campaign as part of a Black Panther challenge following the release of the popular film in February. About 4,000 people responded, said her mother, LuLu Brezzell.

About two weeks ago, with questions still looming around the safety of their water supply, she again asked her followers to send Flint children some encouragement as they head back to school. So far, #TeamMari has processed more than 500 letters—some from as far away as Australia—and more arrive every day. Volunteers are screening them and stuffing them into backpacks that will be distributed to children on Friday.

“When I got dozens of cards and letters for my 10th birthday, it made me feel so special,” Copeny said. “I wanted every kid in Flint to share that feeling and to be reminded that the world sees them, supports them, and loves them.”

It’s important, she said, for her Flint schoolmates to know there are those beyond their neighborhoods and city who are still thinking about them.

“We have gotten lots more letters than we expected and expect to get even more in the coming weeks,” she said. “I didn’t even expect to get 100, so to get thousands is amazing to me. It shows how much Flint kids are loved.”

The letter-writing initiative was one of Copeny’s many Black Panther challenge projects. In February, she raised money to pack Flint theaters with children who otherwise wouldn’t have been able to see the movie. And she uses her social media celebrity to draw attention to worthwhile causes and find help for others, including a local teacher who needed four bookshelves for her classroom.

Hello. My name is Mari, i’m 11 years old and I’m just a #FlintKid fighting to make sure that all Flint Kids have clean water and the resources to be amazing. Im running for president in 2044 but until then watch me change the world pic.twitter.com/7DCg9jFqY2

Sometimes sporting one of her “Don’t Forget Flint” T-shirts, Copeny spent her summer raising money and collecting donations for other children, including 400,000 bottles of water that will also be distributed to students.

Flint’s water crisis began in 2014, when the city’s public water sources were switched from Lake Huron to the Flint River in a cost-cutting move. Polluted river water, which was used until the city switched back to Lake Huron in October 2015, caused lead to leach from pipes.

According to the city’s website, Flint is working to replace nearly 20,000 pipes by 2020. Until then, residents are still using bottled and filtered water.

“I want the world to know that the Flint water crisis is not over and that we still need help and support,” Copeny said.

Adults and children responded when she asked for help for Flint children.

Meredith Ives, a fourth-grade English teacher in Washington, D.C., said that her two classes mailed 44 letters. She wanted her students to see activism in action, while giving them an opportunity to express their natural empathy.

“The headlines get filled with the next tragedy or scandal, and the thousands of families who are still waiting for new pipes and safe water are forgotten, so I wanted [Copeny] to know that there are still people listening,” she said.

In the handwritten letter she mailed to Flint, retired Virginia business owner Jennifer Blair included $5 so some lucky kid could buy a treat. She said she wrote that she and many others do care and understand that things aren’t easy now.

“I wanted them to know that a lot of us cared and thought about them and how it must feel to live there,” she said. “I told them I hoped school would be fun and they would learn some cool things. And I hoped they liked reading, because books and stories can let you travel anywhere in the world and anytime.”

Cynthia E. Thomas is a long-time Midwest-based journalist and educator.

This article is republished under a Creative Commons Attribution-Non-Commercial-No-Derivatives 4.0 International license.