“There are few nations that can lecture other nations on human rights & democracy but the one nation that can never lecture anyone is the United States of America.” 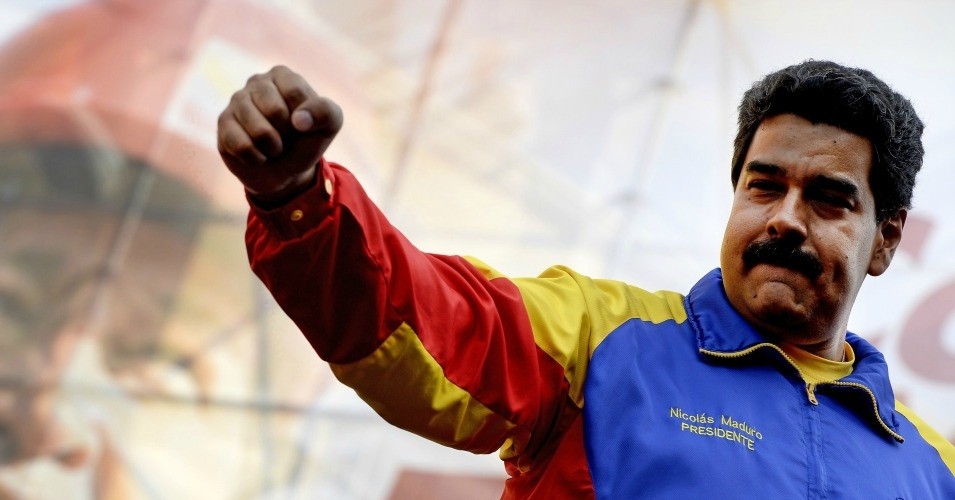 Critics across the globe are expressing alarm over the “stunning but not surprising” revelation reported by the New York Times on Saturday that, according to 11 American officials and a former Venezuelan military commander, “the Trump administration held secret meetings with rebellious military officers from Venezuela over the last year to discuss their plans to overthrow President Nicolás Maduro.”

Some called out the Trump administration for the United States’ record on human rights. American activist and political analyst Ajamu Baraka tweeted, “There are few nations that can lecture other nations on human rights [and] democracy but the one nation that can never lecture anyone is the Unite[d] States of America.”

There are few nations that can lecture other nations on human rights & democracy but the one nation that can never lecture anyone is the Unites States of America. We need human rights & real democracy in the U.S., ask Reality Winners about human rights! https://t.co/PHyenk0EdJ

“Not that it makes a difference for the gangsters making policy in the U.S.,” Baraka added, “but threatening military actions against other states is a violation of U.N. Charter.”

The Times reported that “in a series of covert meetings abroad, which began last fall and continued this year, the military officers told the American government that they represented a few hundred members of the armed forces who had soured on” the presidency of Maduro, who recently survived what his government deemed an “assassination attempt” and has been criticized by human rights advocates and world leaders for the current conditions in his country.

As Tamara Taraciuk Broner of Human Rights Watch outlined for Foreign Policy in Focus, Maduro “has abused his powers to crack down on dissent, brutalize peaceful protesters, turn a blind eye to the pressing humanitarian crisis, and move forward with presidential elections despite widespread concerns that they lacked guarantees to be free and fair,” which has led millions of Venezuelans to seek refuge in neighboring nations.

Although “American officials eventually decided not to help the plotters, and the coup plans stalled,” the Times noted that “the Trump administration’s willingness to meet several times with mutinous officers intent on toppling a president in the hemisphere could backfire politically” because the United States has a “long history of covert intervention across Latin America,” and “many in the region still deeply resent the United States for backing previous rebellions, coups, and plots in countries like Cuba, Nicaragua, Brazil, and Chile.”

The revelation that the United States was plotting a coup in Venezuela with some of the worst people in the world shouldn’t come as a surprise. It fits the pattern that the US has done for decades. pic.twitter.com/Hml9gK6JRS

Venezuelan foreign minister Jorge Arreaza tweeted in Spanish that the Times report “brought to light new and crude evidence” of a coup plot. He added, “We denounce before the world the United States’ intervention plans and help to military conspirators against Venezuela.”

Bolivian President Evo Morales, a Maduro ally, also responded on Twitter, condemning “Trump’s coup conspiracy” and declaring, “The free countries of Latin America will withstand and defeat any further attacks of the Empire against the peace and democracy in the region.”

We condemn Trump’s coup conspiracy by holding secret meetings with Venezuelan military traitors to overthrow our brother Nicolás Maduro. The free countries of Latin America will withstand and defeat any further attacks of the Empire against the peace and democracy in the region

Garrett Marquis, a spokesman for the Trump administration’s National Security Council, insisted in a statement following the report that “U.S. policy preference for a peaceful, orderly return to democracy in Venezuela remains unchanged.”

“The United States government hears daily the concerns of Venezuelans from all walks of life—be they members of the ruling party, the security services, elements of civil society, or from among the millions of citizens forced by the regime to flee abroad,” he said. “They share one goal: the rebuilding of democracy in their homeland.”

However, as the Times pointed out, “one of the Venezuelan military commanders involved in the secret talks was hardly an ideal figure to help restore democracy: He is on the American government’s own sanctions list of corrupt officials in Venezuela.”

“He and other members of the Venezuelan security apparatus have been accused by Washington of a wide range of serious crimes,” the Times explained, “including torturing critics, jailing hundreds of political prisoners, wounding thousands of civilians, trafficking drugs and collaborating with the Revolutionary Armed Forces of Colombia, or FARC, which is considered a terrorist organization by the United States.”

While the meetings with Venezuelan coup plotters were just revealed, for more than a year Trump has provoked widespread concern over his reported remarks about Venezuela. In August of 2017, he told reporters, “We have many options for Venezuela, including a possible military option,” which prompted the Venezuelan opposition, Colombian President Juan Manuel Santos, and a chorus of others to warn Trump against any such action.