“Americans cannot identify or manage the risks of asbestos. The time is now for the EPA to say no to the asbestos industry and finally ban asbestos without exemptions.” 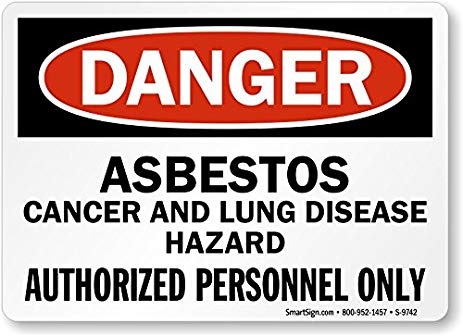 As President Donald Trump’s industry-friendly Environmental Protection Agency (EPA) takes steps to loosen restrictions on the commercial use of asbestos—which is known to cause cancer and lung disease—an analysis of federal data published Tuesday found that asbestos imports to the U.S. surged by nearly 2,000 percent between July and August of this year.

Conducted by the Asbestos Disease Awareness Organization (ADAO) and Environmental Working Group (EWG), the analysis found that “the U.S. imported more than 341 metric tons of asbestos” last year, with imports expected to double in 2018 thanks to the Trump administration’s aggressive and deeply harmful deregulatory agenda.

“It is appalling that unlike more than 60 nations around the world, the U.S. not only fails to ban asbestos, but allows imports to increase,” Linda Reinstein, president and co-founder of ADAO, said in a statement. “Americans cannot identify or manage the risks of asbestos. The time is now for the EPA to say no to the asbestos industry and finally ban asbestos without exemptions.” 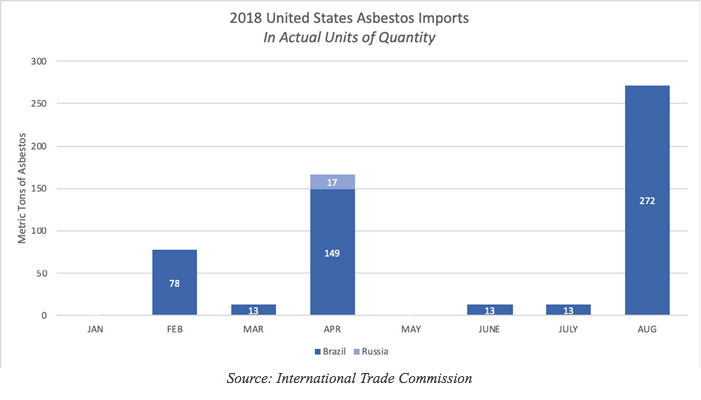 “When most people learn that asbestos remains legal even after it’s claimed the lives of countless Americans, they’re shocked,” added EWG president Ken Cook. “And when the public finds out the Trump administration is actively working to keep it legal, they are furious.”

But as environmentalists raise alarm that the Trump administration is actively facilitating the importation and use of asbestos even in the face of its devastating health effects, asbestos producers are ecstatic at the White House’s lax stance toward the carcinogenic mineral.

“Donald is on our side!” Uralasbest—Russia’s largest asbestos producer—declared in a July Facebook post, which was accompanied by photos showing pallets of asbestos products with Trump’s face stamped on the packaging as a seal of approval.

“Approved by Donald Trump, 45th President of the United States,” the seal read. 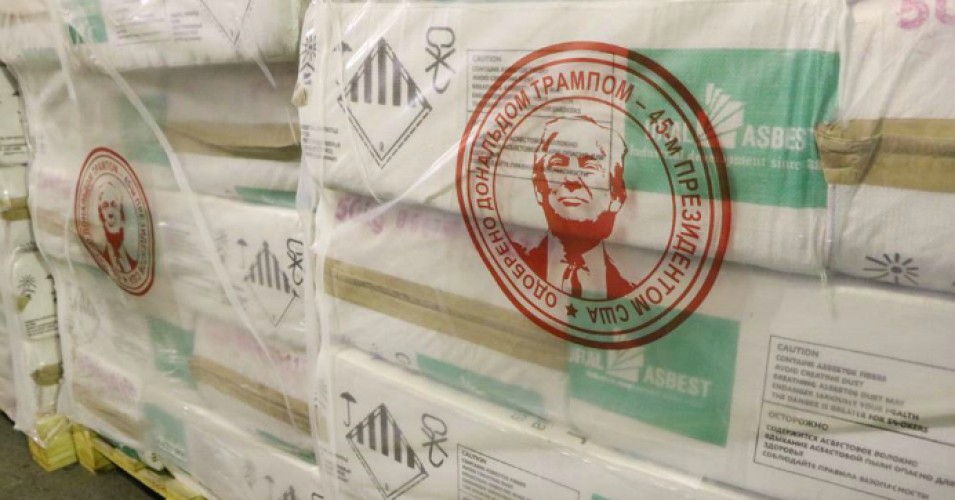 As a real estate developer, Trump was quite vocal about belief that asbestos is “100 percent safe,” despite the global medical consensus that the mineral is dangerous and should be banned.

In his 1997 book The Art of the Comeback, Trump insisted that “the movement against asbestos was led by the mob.”