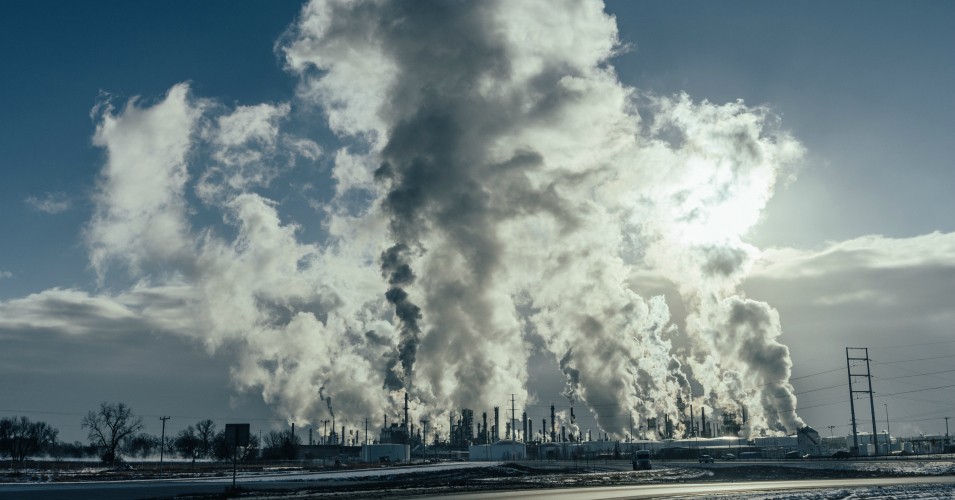 The report also noted that there was a “resurgence of a potent greenhouse gas and ozone-depleting substance”—called trichlorofluoromethane, or CFC-11—likely tied to “increased emissions associated with production of CFC-11 in eastern Asia.”

“The last time the Earth experienced a comparable concentration of CO2 was 3-5 million years ago, when the temperature was 2-3°C warmer and sea level was 10-20 meters higher than now,” said Petteri Taalas, secretary-general of WMO, a climate-focused United Nations agency.

“The science is clear,” he added. “Without rapid cuts in CO2 and other greenhouse gases, climate change will have increasingly destructive and irreversible impacts on life on Earth. The window of opportunity for action is almost closed.”

#UPDATE Infographic showing changes in CO2, methane and nitrous oxide levels in the atmosphere since 1984 as the World Meteorological Organization warns the levels of greenhouse gases hit a new high in 2017https://t.co/SujdtDrA3A pic.twitter.com/eaaT1aAMYX

The concentration of carbon dioxide has scientists especially worried, because it sticks around for so long. “CO2 remains in the atmosphere for hundreds of years and in the oceans for even longer,” explained WMO deputy secretary-general Elena Manaenkova—and “there is currently no magic wand to remove all the excess CO2 from the atmosphere.”

While scientists the world over are working on ways to curb emissions and address the planet-warming gases already in the atmosphere, the record-breaking figures have heightened their alarm. As a WMO statement pointed out, “there is no sign of a reversal in this trend, which is driving long-term climate change, sea level rise, ocean acidification, and more extreme weather.”

The WMO findings come on the heels a recent report from the Intergovernmental Panel on Climate Change (IPCC) that emphasized the need for “rapid, far-reaching, and unprecedented” action to avert a human-caused climate catastrophe.

That report, which examined what the planet could look like if the global temperature rises to 1.5°C versus 2°C above pre-industrial levels, “shows that deep and rapid reductions of emissions of carbon dioxide and other greenhouse gases will be needed in all sectors of society and the economy,” said IPCC chair Hoesung Lee.

“The WMO Greenhouse Gas Bulletin, showing a continuing rising trend in concentrations of greenhouse gases,” he concluded, “underlines just how urgent these emissions reductions are.”

Editors’ note: Meanwhile, the Trump administration is releasing the National Climate Assessment on Black Friday, hoping that it’ll be ignored with it being a holiday weekend. We’re watching.