“You’re gonna have to just deal.” 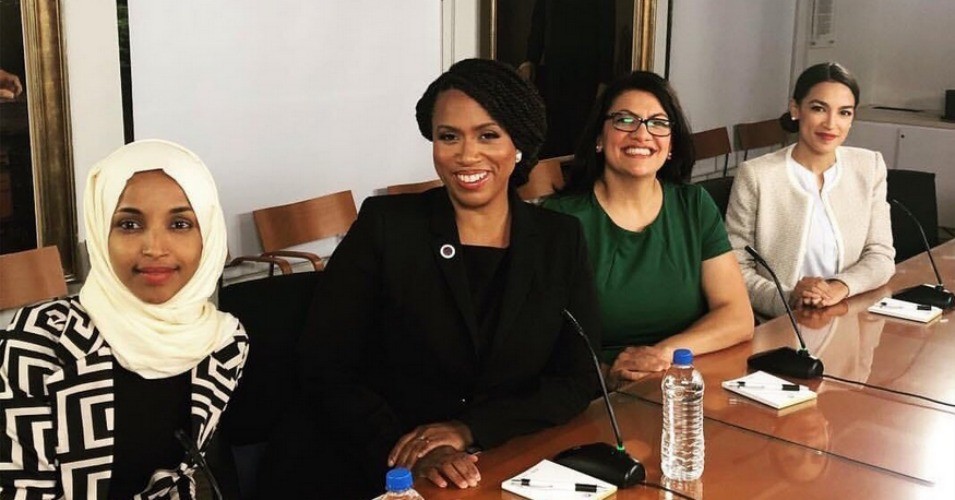 Incoming Rep. Ilhan Omar (D-Minn.) on Friday reminded a right-wing pastor and others who would lament the new cultural diversity of the U.S. Congress that the 2018 midterm elections simply gave Americans—particularly Democratic voters and progressives—the representation they asked for in Washington: the kind that looked like America.

After conservative minister and radio host E.W. Jackson delivered an Islamophobic rant on his show on Wednesday, decrying Omar’s status as one of the first Muslim women to be elected to Congress and warning that the Capitol is turning into a “institution of Sharia law,” the current state legislator replied simply that the pastor would “have to just deal.”

Well sir, the floor of Congress is going to look like America…

And you’re gonna have to just deal 😂 https://t.co/mHQzj34ZTn

Omar is one of two Muslim women who were elected to the U.S. House in the midterms, along with Rep.-elect Rashida Tlaib (D-Mich.). Omar came to the U.S. as a refugee after fleeing Somalia with her family at the age of eight.

Progressive groups have celebrated the diverse slate of representatives who were elected to the House in 2018. Groups including Women’s March have dubbed the midterms the “Women’s Wave” thanks to the 37 Democratic women who were elected to national positions, including 13 women of color. Reps.-elect Deb Haaland (D-N.M.) and Sharice Davids (D-Kan.) are the country’s first two Native American members of Congress.

Other life experiences, economic realities, and racial and gender identities will also see new representation in the Congress that convenes in January. Tlaib is a single mother, while Rep.-elect Alexandria Ocasio-Cortez has spoken openly about her student loan payments and her relatively meager savings account compared to those of wealthy corporate-aligned politicians.

A number of the new representatives have spoken since the election about the newly diverse Congress and the value in ensuring that Americans are represented by people with a wide array of cultural backgrounds and experiences.

Proud to be part of this amazing and diverse class. #WeThePeople https://t.co/oMvpj9NRhg

The 116th Congress will be the most diverse by race and gender in our country’s history. Together, we’re changing the face of AMERICAN politics. https://t.co/TEg30auDC5